Innovative Financing a Must for Africa 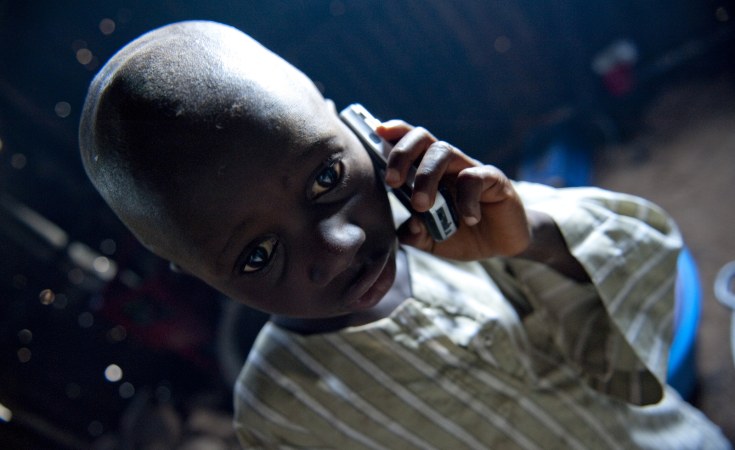 A mythical figure of African history, the Moroccan Ibn Battuta, considered one of the greatest travelers of all times, arrived in Somalia in 1331. He was surprised with Mogadishu's prosperity. He described this port city has being full of rich merchants, particularly active on the exports to many countries of high quality local fabrics. Its Sultan Abu Bakr Umar had a well established government with wazirs, legal experts, commanders and tax collectors.

Today's Mogadishu, six centuries later, continues to be an amazingly active port, despite decades of a devastating civil war. It continues to be an exporter. The problem is that instead of high quality fabrics it has shifted to bovine, sheep and goats, or lower value addition, in the jargon of the economists. The cost of all the war fronts, from piracy response to terrorism, exceeds its export value. Today's government does not have a tax collection system as efficient as Abu Bakr Umar's.

How is it possible that one of the few countries with one language, religion and ethnic group could have been moving backwards for so long?

The reasons for such dramatic developments are complex. But some lessons should be learned from glorious Somalia, since most of Africa has moved out of violent conflict. In fact the continent has today less turmoil than Asia, and close to 90% of its population is no longer exposed to war and complex emergencies. Despite the gains in the Africa narrative, the continent continues to be perceived by many as unstable and insecure, and prone to disease, yet again, as seen by the hysteria around Ebola. Ebola affects 3 countries that represent less than one percent of Africa's GDP, or 3 weeks of the Nigerian economy.

The lessons to retain from Somalia, apart from the need to move towards a peaceful and attractive environment, are more related to the economy.
Africans feel legitimately proud about their growth achievements over the last decade and a half; and how resilient to exogenous shocks their economies have been. The October IMF outlook says it all: Africa as a whole will be expected to grow above 5% in 2014. However, Africans, normally, are stunned when they learn their manufacturing value addition has been going down during the same period, from an already very low base (it currently stands at 9% of combined GDP). That is one of the reasons we call for structural transformation; and we say it has to be qualified in the form of higher agricultural productivity, modernizing and formalizing the large service sector, better use of the natural resources richness and, of course, industrialization.

After two years debating structural transformation and its imperatives, such as regional integration, demographic dividend and urbanization opportunities or climate change challenges, time has come to address more squarely the key question of how to finance Africa's transformation. The old way, begging for aid? Is there a new way? How should Africa prepare for the finance for development large UN Conference it will host in Addis Ababa in 2015? A discussion, more crucial for Africa than any other region?

Africa learned from the financial crash of 2008 the importance to build on strong foundations. This requires a paradigm shift in the mind of the fund managers and capital market perception and thinking about Africa.

Private equity in Africa demonstrated that benefits do not only accrue to limited partners, general partners and portfolio companies, but also to Africans through local and regional markets. Africa, might have finally found a way to whet the appetite of private equity investors. Private equity is an alternative source of capital that spans across infrastructure, health services, agriculture and underserved but high return investment. Each success breeds new opportunities and a resounding narrative for the transformation of Africa.

The ability to strengthen, build and preserve capital in Africa is in line with Africa's search for innovative financing mechanisms. In the recent years, African governments have taken an active role in changing the investment landscape. Aid is no longer the panacea. This shift is associated with evidence-based policies. Economic activity thrives at the confluence of multiple sources of capital. As Africa's build its reputation in the global capital market, each success story establishes it as a destination for global capital flows. Driving them to transformational projects is what is expected from governments that are strategic and focussed. 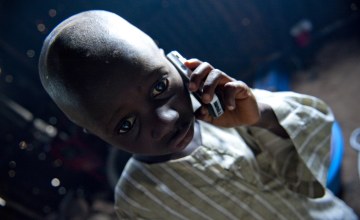 Hello... Where's This Talk of an African Debt Crisis Coming From?

"It is important to give some context with regards to Africa's past indebtedness," writes Carlos Lopes in a new essay titled, "They Don't Believe in the Future!" - a response to the buzz about another looming debt crisis in Africa. In the essay, the UN Economic Commission for Africa's Executive Secretary explains that "contrary to common perception, Africa's past over-indebtedness was not solely attributable to the continent's poor governance, corruption or conflict, as most would have you believe," and neither is the current stock of sovereign bonds "... reflective of incompetent governments building up unsustainable levels of debt." More about UN Economic Commission for Africa in this BRIEFING.

Notwithstanding the backbone of the transformation agenda, infrastructure, Africa offers opportunities in road, rail transport, energy, water, mineral resources exploitation, and agro-business and industrial development. The opportunity to diversify an investors' portfolio is not negligible. However, it remains a challenge given the stark lack of liquidity and the scarce access to capital markets. African regulatory bodies need to engage meaningfully with private equity funds to understand the legal and regulatory requirement for a radiant African ecosystem.

African governments have responsibilities to fulfil in order to create an enabling environment. National, regional and continental ecosystems must be upgraded to better support large scale investments. Africa has come a long way. It, now, has increasingly stable and predictable economic and political environment. Its reducing political and economic risk provides more confidence for investors. Governments' efforts for structural transformation are supported by an increased pool of well-educated and enterprising workers.

The real test is the confidence that capital will afford to Africa by resisting the temptation of a flitting experience. The reality is that Africa cannot rely on development aid for the transformation agenda, therefore its appetite is moving towards private investment and domestic resource mobilization.

In a changing world, governments can no longer ignore the blurred lines between private and social sectors. Impact investing with its focus on better outcomes has the potential to transform social desires into successful outcomes.

For instance it is true that a key challenge facing Africans today continues to be food security, along with the development of a sustainable agricultural sector. In particular, the African agricultural sector is deficient in capital needed to improve farm productivity, enhance crop yields and produce more food for local consumption. Studies show that growth in the agricultural sector has a thrice greater impact on poverty reduction than growth in other sectors.

Climate finance offer unique windows to deal with both climate change and the repositioning of Africa has a cleaner producer, by leapfrogging technological platforms and tapping the exceptional renewable energy potential of the continent.

The potential of domestic resource mobilization is immense. From better contract negotiations of extractive and other natural resources, to improved tax systems, or better use of sovereign funds and reserves, Africa has been short-changed by lack of appropriate policies.

Illicit financial flow is another scandal that needs a closer look. If the continent finds itself at the bottom of the Transparency Index is as much because the current state of affairs serves the interests of those who rank it as it is because of the local beneficiaries of corruption. Denouncing illicit financial flows is not just a moral imperative. It is a good input for transformative policies too.

Africa's migrants are sending in excess of US$ 50 billion, paying the world's highest transfer fees on top of their human sacrifice. The use of this asset class is far from productive right now. With a few exceptions recipient countries have a long way to go to establish attractive vehicles for these funds.

Global impact investments accounted for about US $8 billion in 2012, a third of it going to Africa. Impact investments are clearly an emerging and innovative source of finance that has the potential to become an important complement to traditional investments. Impact investments can have both direct and indirect positive effects on human development in areas such as education, health and the environment.

My dream is that when African children enter a history class and read Ibn Battuta's descriptions, they will feel like any other children from a modern, inclusive and developed part of the world. African children should feel amazed about how much Ibn has travelled but, also, how much their own societies have travelled; because they will know their continent, Africa, is the new development frontier. This is in our hands. This is possible.