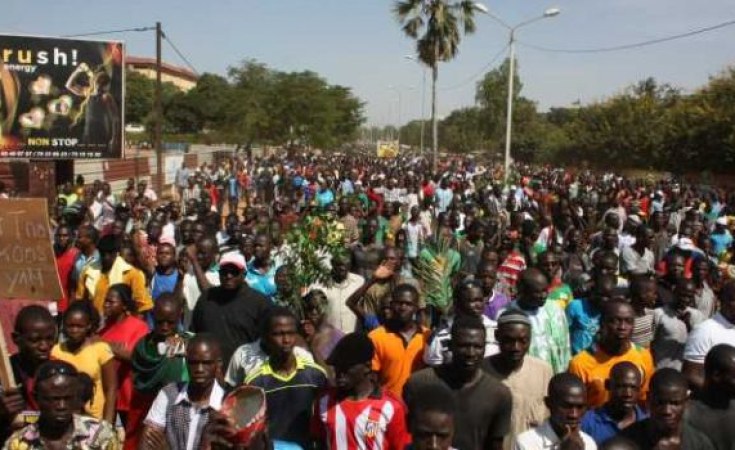 Fasozine
More than one million people reportedly took to the streets to stop President Blaise Compaore from changing the constitution of Burkina Faso so that he could seek a third term in 2015.
allAfrica.com

In Ouagadougou, nearly one million people have taken to the streets on Tuesday, organizers of the rally have said. The march itself was peaceful. But clashes had erupted between protesters and security forces shortly before the marching, and again at mid-day.

The clashes began late on Monday night when security forces tried to disperse the youths who were trying to block certain streets in the city of Ouagadougou. This morning the opposition march took place in a calm atmosphere and remained so until the protest ended.

Ouagadougou on Tuesday morning was like a ghost town. Shops, gas stations, everything was closed.

Protesters were demanding that President Blaise Compaore step down. "This is the end of Blaise Compaore!" shouted a young person in the crowd, holding a whistle in his mouth.

"We are simply asking him to withdraw the bill before noon Universal Time," warned the leader of the opposition. He also urged people to maintain pressure until the withdrawal of the government bill on the revision of the Constitution, which is aimed at securing another term for the president.