Nigeria: The Legendary Uli Women of Nigeria: Their Life Stories in Signs, Symbols and Motifs 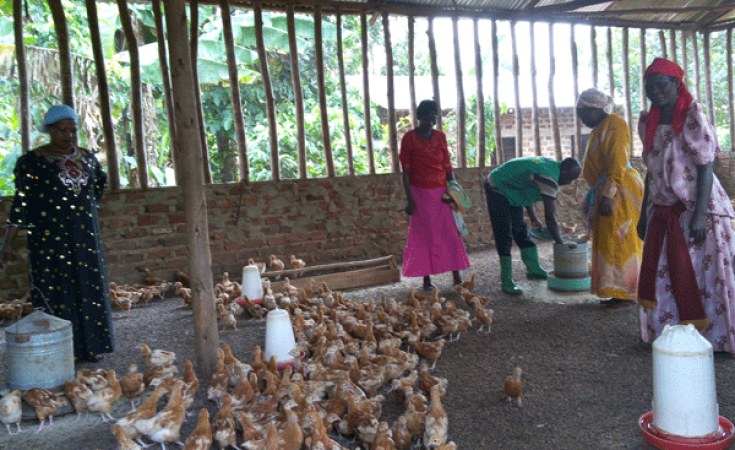 The Legendary Uli Women of Nigeria: Their Life Stories in Signs, Symbols and Motifs
by Ambassador (Dr.) Robin Renee Sanders

I met our distinguished author, painter and sculptor Ambassador Robin Rene Sanders at the threshold of her interest in Uli in 2008. Her hard work and unflagging interest over the last few years have crystallized into the book that we are gathered to celebrate today. The book is the story of the ripples of a vanishing heritage; it is the story of some vernacular classicists, vanguards of the disappearing Uli art of the Igbo.

What is Uli? It is the Igbo name for the indigo dye obtained from several species of plants. Usually, the berries of these plants are extracted and ground and the dye is pressed out of the marsh with the fingers and used as a medium for drawing on the human body with the help of the Uli knife (mma nw'Uli). Uli is also the name for the traditional Igbo mural, although the indigo dye does not form part of the palette in such painting. Both the body and wall variants are essentially a female tradition.

The Uli artists were highly respected group of women in Igbo society. The Uli art was usually passed down from one generation to another. This helped to ensure continuity. Many scholars and artists have studied the Uli art phenomenon from various perspectives at different times. It would appear then that Sanders' book does not deal with a novel subject.

However, her book, written in simple accessible prose, is anchored on fresh perspectives that bring issues to a new frontier. Beyond the long-standing studies of Uli as cosmetic art among the Igbo by many scholars since colonial times, Sanders affirms Uli's other little acknowledged essence as an idiolect. The centralizing thesis of Sanders' book is that Uli has extra-aesthetic and phenomenological qualities that inscribe it as a "communication expression". In other words, beyond embodying beauty as framed in Igbo thought, art, and aesthetics,

Uli captures and communicates in graphic terms the "lifeworld", collective experience and philosophy, not just of "traditional Igbo women", but of the Igbo society as a whole. Focusing on the lives and works of selected Uli women painters from Agulu, Inyi, Ogidi and Nri, Sanders book at once underscores Uli's endangerment and its potential for new experiments as a creative idiom.

Carefully calibrated into sections and further enriched with clear images of relevant people, works and activities, The Legendary Uli Women of Nigeria appeals to readers of all background, although its place as a scholarly work in the history and development of Uli art cannot be denied. Unlike most researchers who have written about the Uli women classicists,

Sanders, it must be noted, has practically supported efforts geared towards empowering these women economically through organized Uli retraining workshops that also aim to preserve the Uli heritage and Igbo culture. In a place where heroic materialism, westernization and the attendant nihilism have taken a heavy toll, Sanders' book does one unique and significant thing. In the style of the mythical Sankofa, it looks backwards while moving forwards and it says one thing to us:

Forward to the past; but not in a sense that celebrates underdevelopment and glorifies stagnation. It only reminds us to be mindful of ancient landmarks as our chariot of development hurtles across the forest path of modernity on its fateful journey nowhere. It tells us that much as the destination remains alluring, we must arm ourselves with memory (the past) to be able to encounter desire (the future) without losing our essence and identity as a people.

Dr. Chuu Krydz Ikwuemesi is Associate Professor of Fine Arts at the University of Nigeria Nsukka

Previous Story
How the BUILD Act Can Invigorate U.S. Economic Ties
Next Story

How the BUILD Act Can Invigorate U.S. Economic Ties

Previous Story
Tagged:
Copyright © 2014 allAfrica.com. All rights reserved. Distributed by AllAfrica Global Media (allAfrica.com). To contact the copyright holder directly for corrections — or for permission to republish or make other authorized use of this material, click here.