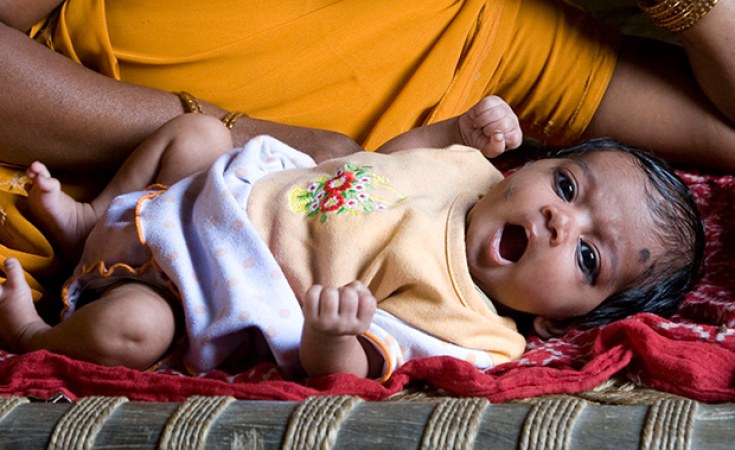 The two of us met for the first time more than a decade ago, in the small rural village of Momemo, an hour's drive and a world away from the urban bustle of Maputo, Mozambique's capital and largest city. Our 2003 visit to Momemo was intended to gain a deeper understanding of the impact of malaria on the lives of villagers in areas particularly hard-hit by the disease.

But as we sat outdoors talking with a small group of villagers, the conversation covered a range of issues about the health and wellbeing of women and children in the village. How early did women marry here? How many children did they have? How many children had they lost to illness? Could they work and care for children severely sick with malaria?

Although the two of us came to that conversation with very different life experiences, we were drawn together by a common mission: enabling a healthier and more productive life for women and children in the poorest countries. This year, we have come together again - this time to carry the voices of women like those we met in Momemo to a different conversation, one that will affect women everywhere for a generation to come.

As you read this, world leaders are engaged in discussions about a new global development plan that will succeed the Millennium Development Goals (MDGs) when they expire at the end of 2015. Of all the important actions the United Nations has taken over the years, the MDGs have been one of the most important and successful. The MDGs provided a framework that laid out in clear and succinct terms the kind of world we want, with priorities, hard targets, and deadlines to improve the lives of the world's poorest people.

But significant challenges remain. In 2013, 17,000 children under age five died every day, many from preventable causes. Nearly 300,000 women died during pregnancy and childbirth. And 162 million young children suffer from chronic undernutrition.
The MDGs showed that enormous progress is possible. With the next global development framework - the Sustainable Development Goals (SDGs), which will guide human development investments through 2030 - we have a once-in-a-generation opportunity to go the last few miles and accelerate progress where it has fallen short.

As a recent report by U.N. Secretary General Ban Ki-moon noted, "millions of people, especially women and children, have been left behind in the unfinished work of the MDGs." For the SDGs to succeed and ensure that no one is left behind, we believe world leaders must keep the focus on ambitious but achievable targets centered on the health and wellbeing of women and children.
At a minimum, we believe we must finish the work of the MDGs by setting and meeting concrete targets for child, newborn, and maternal health by 2030.

One of the great successes of the MDGs is a dramatic reduction in child mortality. Every year, over more than four decades, child mortality rates have fallen. In 1990, 10 percent of children globally died before age five. Today, that number is down to 5 percent. This is tremendous progress, but the numbers are not going down fast enough. As the families we met in Momemo know all too well, survival is still a fight for tens of millions of children in developing countries. In 2013, 6.3 million children died before their fifth birthday - many from preventable causes.

If our previous successes in driving down child mortality have proven anything, it is that each and every one of us can do more, and we can do better. As a global community, we know what works. Vaccines that safeguard children against deadly diseases play a large role.

So, too, do cost-effective solutions like insecticide-treated mosquito nets that protect children from malaria, oral rehydration solutions that prevent children with diarrhea from dying of dehydration, and better nutrition in the first 1,000 days of a child's life. Each of these is a solid, cost-effective investment in the future of our children and the development of human capital.

Our challenge over the next 15 years is to ensure that these and other high-impact interventions reach the children whose lives depend on them. Based on past progress, we believe it is possible to reduce under-five child mortality in every country - to no more than 2.5 percent by 2030. It will not be easy or cheap to reach children in the poorest and hardest-to-reach communities. But giving every child a real chance at a healthy life is the foundation for social and economic progress globally.

While the world has made impressive progress overall reducing child mortality, sadly, progress on newborn health has lagged. Each year, nearly 3 million newborns die within their first month of life, most of them of preventable causes.

The vast majority of these deaths could be averted with cost-effective solutions that can be used anywhere, even in the world's poorest places. By increasing the use of just a few proven interventions - like the right resuscitation techniques to help babies struggling to breathe; immediate breast-feeding to provide newborns with essential nutrition and protective antibodies; and skin-to-skin contact between a mother and newborn to regulate the baby's temperature, heart rate, and breathing - we can save hundreds of thousands of newborn lives each year.

In 2014, the World Health Assembly endorsed a global effort - the Every Newborn Action Plan - to accelerate progress in newborn health. In recent months, countries with some of the highest rates of newborn deaths - India, Nigeria, and Ethiopia - have announced ambitious efforts to reduce newborn mortality. These efforts have just begun, but building on this momentum, we are optimistic the global newborn mortality rate can be brought down to 1.2 percent by 2030.

Among women and adolescents of childbearing age, pregnancy and childbirth remain the leading causes of death and disability. Reducing child and early marriage and making modern contraceptives more accessible are some of the ways to tackle this. When women have access to family planning resources, and can plan and space the births of their children, health outcomes improve for both women and their children.

In fact, if the world extended contraceptive access to only a quarter of the women with unmet need, it could save the lives of 25,000 women and 250,000 newborns each year. There is also clear evidence that when complications occur during labor and delivery, the presence of a trained health worker - a doctor, nurse or midwife - can make the difference between life and death. Reaching rural women is critical: while overall, rates for women getting such assistance have gone up, rural women's access to health workers during childbirth has barely budged in two decades.

We believe it is possible to bring the maternal mortality rate down to less than 1 percent by 2030, which would be a two thirds reduction globally from current rates, and even more than that in Sub Saharan Africa, which has the highest mortality rates currently.

Moving beyond surviving to thriving

Improving health outcomes for women and children in developing countries is the foundation of a better life for the people living in poverty. Yet, health is only one aspect of a full, productive life. Ensuring that women and children thrive requires that we recognize other factors such as education, nutrition, sanitation, and economic empowerment of women - and their interplay with health.

Consider, for example, that a child born to a mother who can read is twice as likely to live past age five. And girls who are educated and complete at least secondary education have more decision-making power and economic opportunity. In turn, women who are able to make decisions about their family budgets tend to prioritize things like heath care, nutritious food, and education - the building blocks of a healthy and productive society. So investing in education - especially for adolescent girls who are often most at risk of dropping out of school and marrying early - can have ripple effects throughout a community.

Reflecting on the progress we have seen over the last 15 years, we are optimistic about the future. In fact, we believe that if the world is deliberate about putting women and children at the center of the development agenda, we will see the lives of millions of people improve faster in the next 15 years than at any other time in history.

As world leaders deliberate about the next global development agenda, we see an unprecedented opportunity to making the next 15 years a turning point for the families of Momemo and families everywhere.

Graça Machel is founder of the Graça Machel Trust, chair of the board for the Partnership for Maternal, Newborn and Child Health, and a member of the U.N. Secretary-General's MDG Advocacy Group.