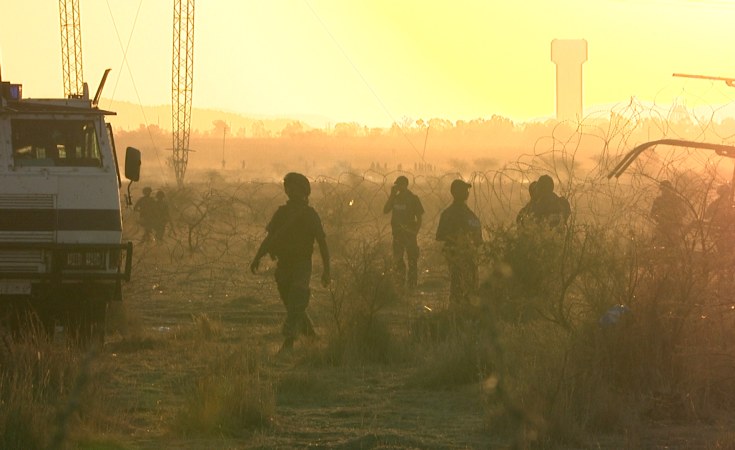 South Africa's President Jacob Zuma tonight released the full report of the commission he appointed to investigate the events culminating in the police killings of 34 striking platinum miners in August 2012.

The report, running to more than 600 pages,

It also cleared Deputy President Cyril Ramaphosa and members of the executive of causing the killings but criticised Lonmin, owner of the mine at the centre of the strike, as well as two unions and a number of individuals, according to President Zuma.

Marikana - What You Should Know

Marikana Tragedy Must Be Understood Against Backdrop of Structural Violence