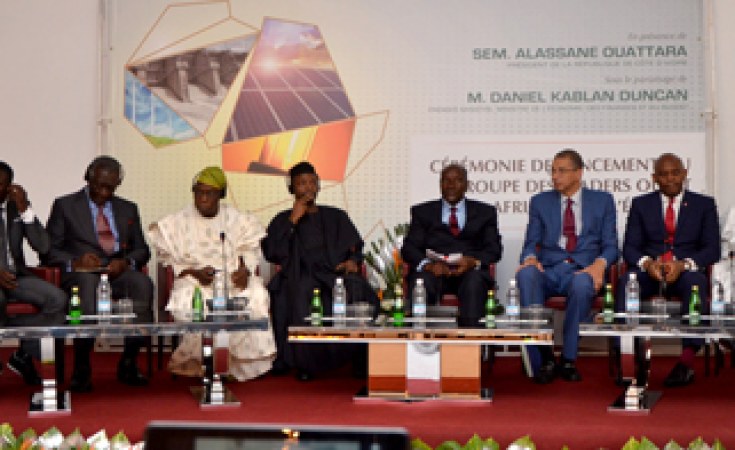 Côte d'Ivoire's President Alassane Ouattara headed a top-level line-up of political and business leaders on Tuesday, June 30 in Abidjan to launch the African Energy Leaders Group (AELG) in West Africa, with concrete plans to drive sector reforms and a pipeline of bankable investment projects for sustainable energy access across the region.

Sub-Saharan Africa, where 600 million people live without electricity, has the lowest level of energy access in the world, and West Africa has the highest levels of energy poverty on the continent. Electricity and clean cooking facilities are fundamental building-blocks for prosperity and wellbeing, from basic health and education to industrial and agricultural development.

The African Development Bank (AfDB) has estimated that funding of around $42 billion per year will be needed to meet Africa's energy demand by 2040, including a tenfold increase in private investment over current levels. But significant barriers exist, notably the lack of public policies that create the right conditions for such investment, and a shortage of suitable projects.

The AELG, conceived under the United Nations Secretary-General's Sustainable Energy for All (SE4All) initiative, creates a platform for governments and business leaders to build dialogue and partnerships to break down these barriers, fostering the necessary reforms and encouraging investment through both traditional and innovative channels.

As well as President Ouattara, the West African launch was attended by Nigerian Vice-President Yemi Osibajo and the Prime Ministers of Côte d'Ivoire, Benin, Mali, Niger and Togo.

Speaking on behalf of President Ouattara, Ivorian Prime Minister Daniel Kablan Duncan said the West African sub-group of the AELG would focus on accelerating implementation of suitable projects by bringing together public- and private-sector actors to mobilise finance.

"The emphasis will be on practical, appropriate measures that will contribute to the creation of a favourable environment for investment," he said.

The West African Energy Leaders Group is the first regional branch of the AELG, which was unveiled during the 2015 World Economic Forum in Davos, Switzerland, and is endorsed by the United Nations Development Programme, the Economic Community of West African States and the African Union.

The AELG secretariat will be hosted by the AfDB, SE4All's Africa hub for the continent.

Elumelu, a co-founder of the AELG, said the West African sub-group aimed to set an example for the rest of the continent.

"What is unique about this group is that it will be about ongoing dialogue between the private and public sectors on how to address our challenges and how to measure progress made through specific projects," he said. "I want to be clear that this is not about social development. It is about the transformation of our continent."

The AfDB's Vice-President for Infrastructure, Private Sector and Regional Integration, Solomon Asamoah, said the group had identified a range of priority projects at both regional and national level for its first year, falling into three main categories: hydroelectric power (including the Souapiti project in Guinea); gas-to-power (for example, securing regular gas supplies for power generation in Côte d'Ivoire); and tapping the huge potential for solar power in the Sahel.

Kandeh Yumkella, the UN Secretary-General's Special Representative for Sustainable Energy for All and CEO of the SE4All initiative, said the first step was to build on good projects that have already been designed.

"We don't want to reinvent the wheel," he said. "But we also want new projects. The AELG is about moving the needle on energy access in a significant way."