Mainstreaming of International Initiatives in Mining Policies in West Africa 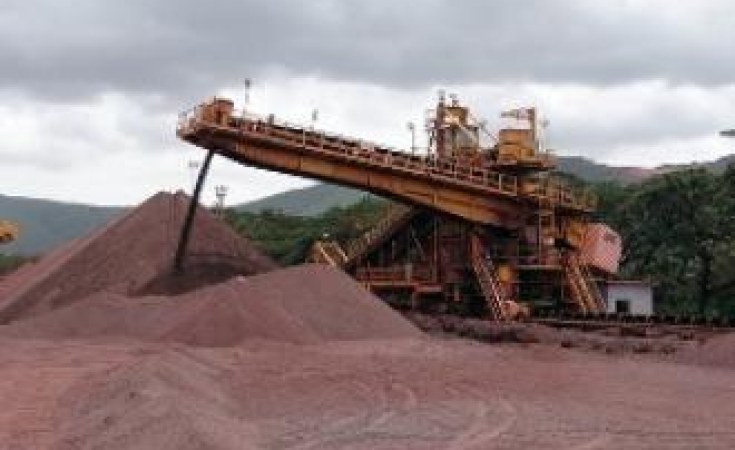 The domestication of international and regional initiatives in the mining sector policies, laws and programmes of actions by member countries of the Economic Community of West African States (ECOWAS) was at the center of discussions in the framework of a "High-Level Dialogue on Harmonized Policies for Natural Resource Management in the ECOWAS Zone". This technical meeting which gathered thirty experts including parliamentarians originating from West Africa, pan-African institutions and organizations working in this sector, was held on October 6-7, 2015 in Dakar, at the African Institute for Economic Development and Planning (IDEP).

Organized by the ECA through its Sub-Regional Office for West Africa in collaboration with IDEP, the Extractive Industries Transparency Initiative (EITI) of Senegal, the ECA Capacity Development Division (CDD) and the African Minerals Development Centre (AMDC) with the coordination of the Government of Senegal, this meeting draws its essence from the willingness and ambition of the ECA to contribute to the effective implementation of regional initiatives in terms of the development of the natural resources sector in general and in particular in mines and petroleum sectors of the ECOWAS Member states. From the different existing initiatives, the meeting focused essentially on the African Mining Vision (AMV) of the African Union Commission, the Extractive Industries Transparency Initiative (EITI) and the ECOWAS Directives.

It was chaired by the Senegalese Minister of Industry and Mines, Mr. Aly Ngouille N'diaye who, in his opening speech expressed, on behalf of the Government of his country, all his gratitude and encouragement to the ECA "for all the efforts deployed to make the 21st century the ultimate era for the acceleration and completion of the structural transformation of our economies, notably through industrialization, the development of infrastructure, economic diversification and effective regional integration".

Beforehand, two welcome addresses were delivered by His Excellency Mr. Ismailla Madior FALL, Minister Advisor to the President of the Republic of Senegal, President of the National EITI Committee-Senegal and by Mrs. Karima Bounemra Ben Soltane, Director of IDEP, who thanked the Government of the Republic of Senegal for accepting to host the meeting before, highlighting its importance for West Africa countries.

The discussions were conducted through three sessions: (i) Information session on regional development initiatives of the mining sector in West Africa, notably on the AMV, the EITI and the problems of negotiating mining contracts in Africa; (ii) Session on the results of the ECA study on the "effective implementation of the AMV, the ECOWAS Directives and the EITI Norm in West Africa" and (iii) interventions of countries on the domestication of regional initiatives in mining development: National Experiences and Best Practices.

The presentations complemented by the group works enabled the experts to deepen the discussions on the difficulties and challenges in the domestication of the principles, orientations, norms and requirements of the AMV, the EITI and the ECOWAS Directives at national level. They are related to: National practices for the development of the mining sector often exogenous, based on foreign expertise and providing little space for local and sub-regional investors and experts; asymmetric information and expertise among States, investors and other local actors, which fragilizes the positions of States in the negotiations of mining contracts; a multitude of frameworks for the promotion of the development of mining sectors in countries and enormous needs in terms of harmonization and mutualization of operations in this field.

On the basis of the difficulties and challenges raised, the participants formulated recommendations to enrich the study report and strengthen the domestication of the AMV, the EITI and the ECOWAS Directives for Member States. These include the following:

(i) Strengthen and consolidate the project to harmonize policies and mining codes in a context where the sub-region has the same mining resources and faces the same multinationals, (ii) Develop geological engineering expertise, along with the financial, economic and legal expertise of States for an appropriation of reforms and the promotion of multi-disciplinary endogenous teams that could accompany States in their negotiations of mining contracts and contribute to the improvement of the knowledge of local actors on the available resources in the country from the qualitative and quantitative point of view; (iii) Make an inventory of best practices on the domestication of sub-regional mining initiatives and encourage their adoption and diffusion, (iv) Promote the partnership between the African Minerals Development Centre (AMDC) and the ECOWAS states on the mining sector in order to benefit from the expertise of this center.