Egypt: King Tut's Golden Mask Restored, Back On Display in the Egyptian Museum 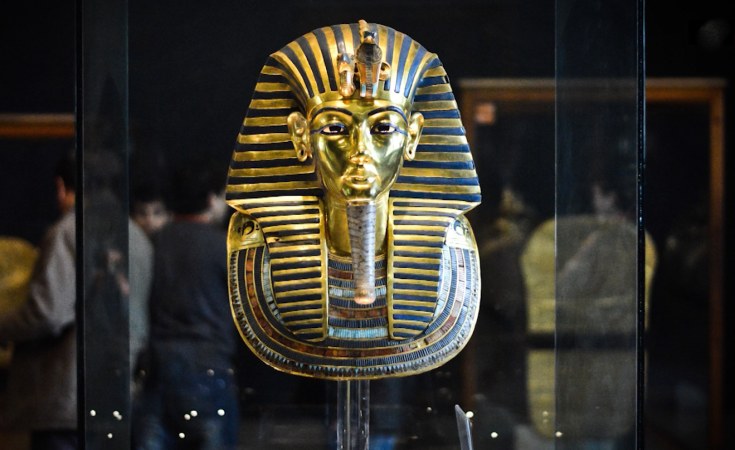 The beard of the ancient mask, which was reportedly broken by cleaners back in August 2014, had been glued by epoxy causing damage to the mask. Ancient Egypt's youngest king was making headlines in local and international news outlets last January when the incident was revealed.

Minister Mamdouh al-Damati said the restoration process resulted in a new archaeological discovery relating to the original technique used to attach the beard to the mask. It revealed that a golden tube was used by ancient Egyptians to attach the beard was discovered inside.

The minister said ancient Egyptians had used beeswax to stick the beard to the mask. He added said that a detailed study is being prepared to review the steps used in the restoration of the mask, which will be issued in a booklet.

Christian Eckmann, a German conservator who led the restoration, said no chemical material was used in the process.

Instead mechanical methods and wooden tools, were used to remove the epoxy to avoid scratching the mask, he said.

It took two weeks to separate the glued beard from the mask, Eckmann added. Finally, beeswax was used to reattach the beard back on to the mask.

Tutankhamen belongs to 18th dynasty. His tomb was found by Howard Carter in 1922, in what is often dubbed the discovery of the century because the tomb was found largely intact.

King Tut's Golden Mask Back On Display Next Week

Next Story
Tagged:
Copyright © 2015 Aswat Masriya. All rights reserved. Distributed by AllAfrica Global Media (allAfrica.com). To contact the copyright holder directly for corrections — or for permission to republish or make other authorized use of this material, click here.