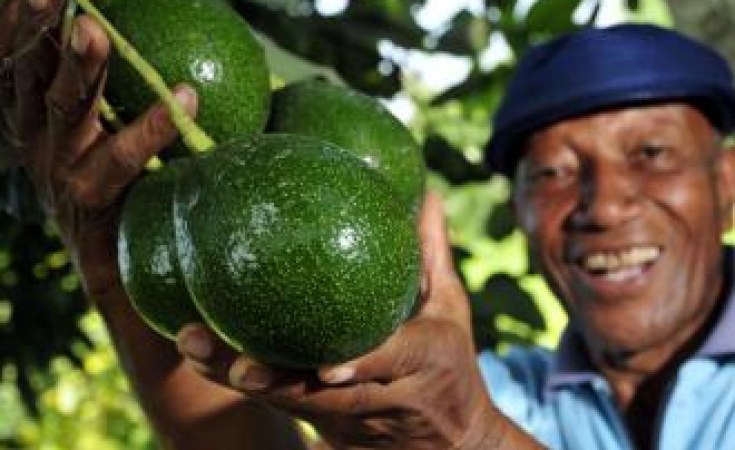 From 24 to 26 February 2016, in Douala - Cameroon's economic capital, experts from Central African States as well as those from international organisations, convened by ECA ( www.uneca.org/sro-ca ), will deliberate on where countries of the sub-region should put their energies to leverage their agricultural potential in order to give new impetus to the sector's value chain and effectively contribute to structural transformation.

Yaounde, 21 Jan 2016 (ECA) - The Economic Commission for Africa (ECA) has convened the 32nd session of the Intergovernmental Committee of Experts of Central Africa for the 24th to 26th February 2016 in Douala, Cameroon, under the theme: "Leveraging the agricultural potential of Central Africa for food Security and the Structural Transformation of the Sub-region". This theme is one of the recommendations of the 31st session of the ICE of the sub-region that was held in March 2015 in Brazzaville, Republic of Congo.

During this 32nd ICE session, representatives from member States and sub-regional bodies will debate on current and emerging development issues in order to make recommendations for the harmonisation and coordination of economic and social development policies in Central Africa hinged on ECA-prepared issues papers.

In consonance with the theme of the session, the experts will discuss strategies that would allow countries of the sub-region to take advantage of their huge agricultural potential for industrialization and structural transformation. Recommendations from the proceedings will contribute to efforts towards the diversification of the economies of Central Africa in a context marked by a sharp fall in the global price of oil - which happens to be the key commodity exported by countries of the sub-region.

The attendees will equally be informed of the progress of priority programmes of sub-regional institutions as well as on recent ECA initiatives. Representatives will also cross-fertilise ideas with their peers on the degree to which each of their countries would have implemented recommendations of the Brazzaville session held in 2015.

The 32nd ICE session of Central Africa will be held back-to-back with an Ad Hoc Expert Group meeting billed for 22 to 23 February 2016 to review a report prepared by ECA on the theme: "Promoting intra-regional trade in Central Africa with the aid of Information and Communication Technologies." Once enriched by the experts, the said document will be widely distributed among policy makers in the sub-region as a reference tool to boost national and sub-regional efforts on trade integration.

The Intergovernmental Committee of Experts (ICE) is the policy organ of each sub-regional office of ECA. It was established by the UN General Assembly as a subsidiary body of the African Conference of Ministers of Finance, Planning and Economic Development, which deliberates on current and emerging development issues at sub regional level and recommends actions for socio-economic development policy coordination and harmonisation in member states.