Comoros: Presidential Elections in the Comoros - Whose Turn Is It Anyway? 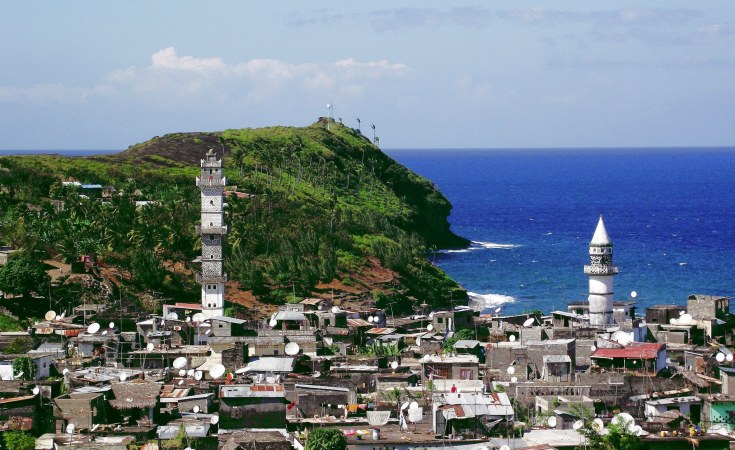 A complex constitution requires the presidency to rotate between the Comoros' three islands. This has created greater stability, but not everyone is happy.

When voters head to the polls on 21 February to elect a new president, they may well do with the past 5 years under President Ikililou Dhoinine in mind.

In the top job since 2011, Dhoinine's economic record is unremarkable. GDP growth has slumped from 3.5% in 2013 to 1% in 2015. Unemployment remains high. And there are frequent shortages of food, water, fuel and power. Yet in comparison to his predecessors, the absence of serious political unrest during Dhoinine's time in office marks his term as a success. Political stability has long been in short supply in a country whose post-independence history has been riven by coups, mutinies and attempted secessions.

However, regardless of any popularity amongst the electorate, the incumbent will have at best an indirect effect on the decision facing voters come Sunday. According to the Union's unique Constitution, Dhoinine is required to step down after his single term in office.

Comoros' chronic instability and its ensuing need for an elaborate constitutional solution can be explained by two main historical currents: the underlying ambivalence across the islands towards a shared Comorian national identity, and the continuing influence of the former colonial power France.

There is, however, a fourth island that makes up the archipelago. But at independence, Mayotte retained links with France and became a full French department in 2011. The decision by France to hold on to Mayotte at independence - ruled illegal in international law by the UN General Assembly - has created a microcosm of global inequality in the Indian Ocean. One island has French-quality healthcare, education and welfare services, while its neighbours rank 153rd out of 185 countries on the UNDP's Human Development Index.

One consequence of this divide between the Union and Mayotte has been a persistent and underlying separatism from Anjouan and Mohéli too, which in 1997 called for 're-attachment' to France. Amongst other things, the Union responded to this secessionist tendency by redrafting the constitution. The new document, ratified in 2002, sought to avoid the marginalisation of the smaller islands by rotating the presidency every five years.

Azali Assoumane, a former Chief of Staff and coup leader from Grande Comore, was president between 2002 and 2006. Anjouan-born Ahmed Abdallah Sambi held the post between 2006 and 2011. And Mohéli's Dhoinine followed from 2011 to 2016.

This means that it is Grand Comore's turn to provide the president once again. The way this works in terms of the election is that the first round will only be open to the Grand Comore's 160,000 registered voters. The three candidates who garner the most votes from this process will then face the electorate from all three islands on 18 April.

Those out and those in

Whilst the new constitution did not completely extinguish instability - most notably, an attempted mutiny on Anjouan in 2008 required a military intervention by the African Union (AU) - there has not been a successful coup on the islands since its adoption. Even so, as the arrangement heads into its second cycle, the inflexibility of the electoral system increasingly frustrates ambitious politicians who are constitutionally disbarred from standing.

For instance, citing ambiguity in the wording of the constitution, former president Sambi, born on Anjouan but resident on Grand Comore, declared himself a candidate for the coming election. This drew criticism from Smail Chergui, the AU's Peace and Security Commissioner, who took his candidature as a threat to the Union's "hard won stability". When it came to it, the Constitutional Court judged Sambi's candidacy invalid, leading him to retort that the court "had chosen to be the spokesperson for a narrow vision of the Comorian nation".

In the wake of the ruling, Sambi threw his support behind his former foreign minister, Fahmi Said Ibrahim, whose Parti de l'entente comorienne (PEC) has formed an alliance with Sambi's Juwa party. Ibrahim has recently underscored the seriousness of his bid by hiring a French public relations company to help run his campaign.

Also challenging in the elections is former president Azali Assoumane. Although he initially came to power in a coup, Azali prefers to emphasise his credentials as an architect of the constitution that has underpinned Comoros' relative stability for the past fifteen years.

Soihili Mohamed Ali, the serving vice president who has also overseen the economic portfolio, is another contender. Ali is close to Dhoinine and is the official candidate of the Union pour le développement des Comores (UPDC), the largest single party in the National Assembly with eight out of twenty-four seats, ahead of Juwa's seven seats. The faltering economy, unpaid public sector salaries and rumours of corruption seem to be negatively affecting his chances.

Mouigni Soilihi Said Baraka, governor of Grand Comore, is another hopeful. He too is a Dhoinine confidant, but is seemingly struggling to pick up votes from the other two islands where he is little known.

Other candidates that have the potential to spring a surprise in the first round include: Mohamed Daoud, the mayor of the capital Moroni; Hamidou Bourhane who was president of the National Assembly until January 2015; former Chief of Staff, General Mohamed Amiri Salimou; and the prominent Franco-Comorian lawyer Said Larifou, leader of the Rassemblement pour l'initiative de développement de la jeunesse avertie (Ridja).

A key dimension to the election is the role of the large Comorian diaspora based mainly in mainland France, notably in Marseilles, Paris and Lyon. This group is estimated to be around 300,000 strong - compared to the Union's estimated population of about 750,000 - though only about 120,000 are in possession of the national identity card required to vote.

Increasingly influential in the electoral process mainly as a result of its financial clout - the diaspora contribute around 30% of the Union's total GNP - the original intention for the 2016 elections was, for the first time since independence, to extend the franchise to expatriates.

In June 2015, the Minister of the Interior, Ali Houmed Msaide announced the decision declaring that "this restores the rights of Comorian citizens, the diaspora give us a lot... it is only right that they take part in such an important vote". However, this decision was ultimately reversed by the Electoral Commission, citing "technical reasons". This left the role of the diaspora highly significant through its money and influence, but no longer crucial.

Many problems, no clear solutions

For a low-income country with chronic obstacles to economic development - such as geographical isolation, an under-skilled workforce, poor infrastructure and an unemployment rate of over 40% - the economy should be central to the policy debate. Yet, whilst Fahmi Said Ibrahim speaks of creating a "value-added" economy and Soihili Mohamed Ali of "real structural reforms", whoever wins will face the constraint of a hamstrung National Assembly where each piece of legislation will need to be managed on a case-by-case basis.

An intrinsic reluctance amongst the political class to privatise national companies - the attempted privatisation of telecommunications has recently stalled - in the face of consolidated opposition by public sector workers will also likely inhibit loan negotiations with the International Monetary Fund.

The next president will therefore be reliant on bilateral donors, chief amongst which is France. This raises the perennial issue of Mayotte once again. Since 1995, France has severely restricted visas for Comorians wanting to travel to Mayotte. This has led to an under-reported crisis involving tens of thousands of migrants traveling in often unseaworthy boats from the Union to Mayotte each year. Many drown and others are held in migrant centres before being returned to the Union.

The Comoros' weak economy and the enticement of a better life on Mayotte, or even potentially mainland France, are inextricably linked. And like previous Comorian presidents, the victor in the coming election will be faced with these seemingly intractable problems.

Simon Massey is a Senior Lecturer at Coventry University and a facilitator of the Coventry Africa Network with a particular interest in peace and security in Africa. 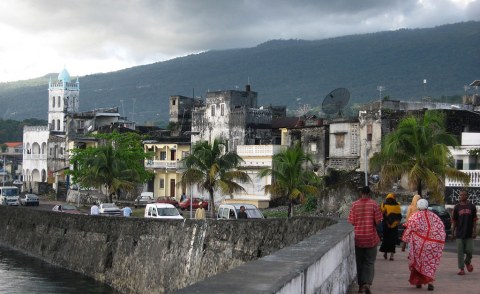 Tensions as Comoros Chooses New Leader
Tagged:
Copyright © 2016 African Arguments. All rights reserved. Distributed by AllAfrica Global Media (allAfrica.com). To contact the copyright holder directly for corrections — or for permission to republish or make other authorized use of this material, click here.