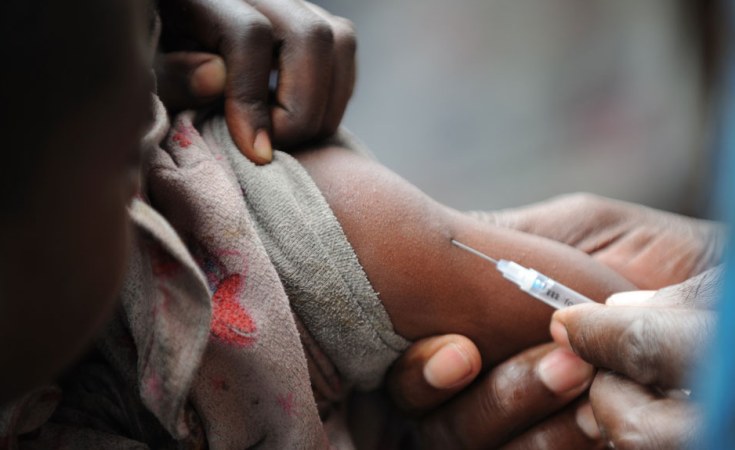 A measles statistics on countries in Central and West Africa has placed Liberia and Chad on top of the epidemic deaths toll.

Spread through coughing or sneezing, measles is among the world's most contagious diseases and one of the leading causes of death among children worldwide, especially those who are malnourished, a collaborative work prepared by World Health Organization (WHO) and UNICEF) said.

According to UNICEF, WCARO-Media Centre website on Measles outbreak, Liberia and Chad have recorded the highest number of deaths in countries affected by the epidemic as of March 28, 2016.

UNICEF is the arm of the United Nations that addresses issues affecting children worldwide.

Liberia is currently fighting the latest outbreak of measles, few months after the country was declared free of the Ebola Virus Disease (EDV), which killed more than 11, 000 people in Liberia, Guinea and Sierra Leone; the three countries believed to be the hardest hit Ebola nations.

Recently, the Liberian government announced that ten out of the country's 15 counties were experiencing measles outbreak, warning that the disease could affect more children in the coming weeks.

Deputy Health Minister and Head of the Incident Management System, Tolbert Nyenswah, is on record of saying the measles outbreak is as a result of the gaps created by the deadly Ebola Virus which paralyzed the entire health system.

He explained that during the period when Liberia was battling against the Ebola Virus Disease (EVD) children were not immunized against measles.

The two countries are followed by Nigeria, which has recorded 3,804 cases with 26 deaths.

But according to the Measles Initiative, a partnership funded in 2001 was led by the American Red Cross, the United Nations Foundation, the U.S. Centers for Disease Control and Prevention (CDC), UNICEF and the World Health Organization which helped to reduce mortality.

According to a WHO report, an estimated 400 children died from measles every day in developing countries and other parts of the world. It indicated that even healthy and well-nourished children (in developed countries), if unvaccinated, are at risk of the disease; and its severe health complications include pneumonia, diarrhoea, and encephalitis (a dangerous infection of the brain causing inflammation).

Deputy Minister Nyenswah said the issue of measles affecting children in Liberia in ten out of fifteen counties is becoming increasingly serious; noting that government is launching the Integrated Measles, Polio and Deworming Campaign in an effort to tackle the disease.

He's calling on parents to bring their children under the age of five for vaccination to avert what he calls a "pending health crisis".

He wants at least 98% of children immunized fully in order to protect the 2% who are not immunized.

Previous Story
Tagged:
Copyright © 2016 The NEWS. All rights reserved. Distributed by AllAfrica Global Media (allAfrica.com). To contact the copyright holder directly for corrections — or for permission to republish or make other authorized use of this material, click here.