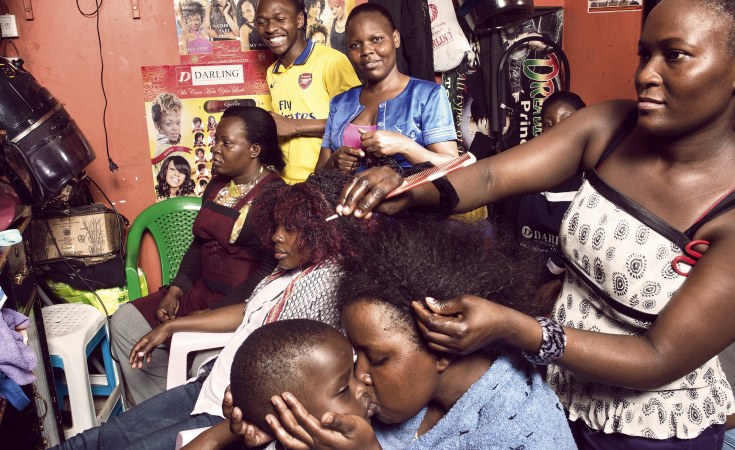 Stephan Gladieu | World Bank
Margaret Proise (in blue and pink) runs the Alpha & Omega Beauty Salon in the Gazaland Mall in downtown Kampala. The 35-year-old mother of five is proud her oldest child is about to graduate with a diploma in engineering.
Content from our Premium Partner
United Nations Economic Commission for Africa (Addis Ababa)

Kampala, Uganda, 15 July 2016 (ECA) – In order to achieve sustainable economic growth, Uganda should focus on developing a more effective industrial policy based on its economic specificities and the opportunities created by regional integration.

This is according to Rodgers Mukwaya, an Economic Affairs Officer for the UN Economic Commission for Africa (ECA), and one of the the authors of the ECA Uganda Country Profile which was presented this week in Kampala.

Trends in the manufacturing sector clearly illustrate the lack of economic diversification essential to sustainable growth. The average share of manufacturing in GDP in Uganda was 6.7 percent between 2005 and 2014, which was lower than both the average for low-income countries (12.7 percent) and the global average (16.2%).

Moreover, while the national poverty rate declined to 19.7 per cent in 2012/13, from 50 per cent in 1995, more than 40 pecent of the population is still classified as being insecure (living below twice the poverty line), according to a national survey carried out in 2012/2013.

In his presentation, Mukwaya argues in favour of a targeted industralization policy as a key for structural transformation of the Ugandan economy. His analysis is based on the conclusions of the Transformative Industrial Policy for Africa, a 2016 ECA report that draws lessons from high income as well as low-income countries that have successfully adopted industralization strategies.

The report showcases examples such as Malaysia, which targeted the electric and electronics sector, or Ethiopia with the leather and garment sector and Rwanda with ICT-based services and tourism. The report advises policy makers in Africa to inspire themselves from these successful industrial policy experiences, and to defy conventional wisdom - if South Korea had listened to experts in the late 1950s and 1960s, it would still be manufacturing shoes, not plasma screens, automobiles, and mobile phones", says the report. 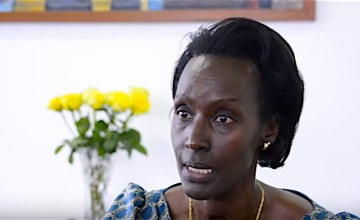 As for Uganda, Mukwaya highlights the opportunity of developing productivity in the agro-processing industry and the agricultural sector, which still employs 72 percent of the working population, while the value-added has stagnated at 200 USD per worker since 2000.

Regional integration is also outlined as a major opportunity for expanding the industrial sector in Uganda, since most of Uganda's existing diversified manufactured exports go to neighboring countries, such as Rwanda and South Sudan, and a negligible amount to high-income countries.

The report draws best practices from "Quality Chemicals", one of the 50 biggest companies in Africa according to Jeune Afrique and the biggest pharmaceutical manufacturing company in Uganda whose success was based on attracting foreign direct investment; linking with local universities; capitalizing on government procurement policies; expanding into regional markets; and utilizing the policy space created by exemptions from the restrictions of the World Trade Organization.

Country profiles are the flagship publications of ECA. They provide an independent analysis of Africa's economic and social development using national data sources and serve as diagnostic tool to monitor progress towards industrialization and economic transformation.