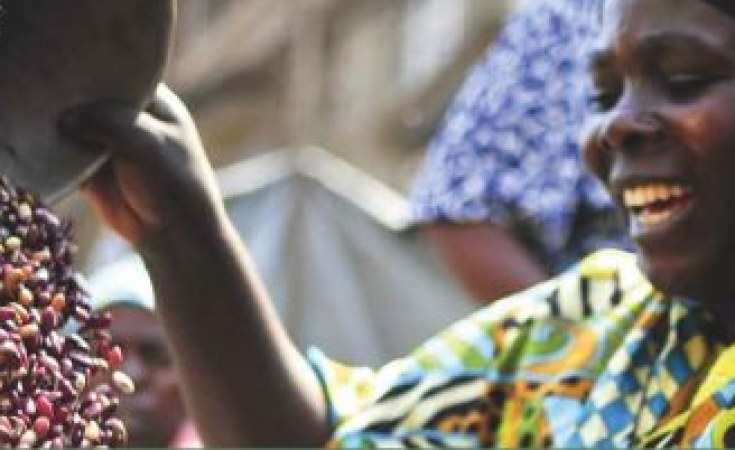 AfDB
"To transform agriculture we must recognise the critical role women play in agriculture in Africa. We must invest in measures that target the needs of women farmers including access to land, improving market access, increasing access labour-saving tools, and providing improved seeds and quality fertilisers" - Akinwumi Adesina, President of the African Development Bank (AfDB) during the 27th Ordinary Session of the AU Summit on 17th July 2016 in Kigali, Rwanda
Content from our Premium Partner
African Development Bank (Abidjan)

African Development Bank President Akinwumi Adesina (first from right to left on the first row) at the opening ceremony of the 27th Ordinary Session of the AU Summit on 17th July 2016 in Kigali, Rwanda.

The President of the African Development Bank (AfDB), Akinwumi Adesina has reiterated the AfDB's commitment to support empowerment of women in Agriculture in order to unlock the sector's potential.

He was speaking on 16 July at a high level meeting for Heads of States and Governments and partners for the implementation of Empowering Women in Agriculture (EWA) and of the Affirmative Finance Action for Women in Africa (AFAWA) initiatives, held at the sidelines of the 27th African Union Summit that took place from 17 July to 18 July in Kigali, Rwanda.

"To transform agriculture we must recognise the critical role women play in agriculture in Africa. We must invest in measures that target the needs of women farmers including access to land, improving market access, increasing access labour-saving tools, and providing improved seeds and quality fertilisers," he said.

President Adesina underlined the importance of ensuring access to financing. "Women pay back loans. They are bankable, but the banking system does not lend to them," he said, adding: "We want to change this; we want to de-risk the financial system and allow institutions to give loans to women." He referred to the AfDB's Affirmative Finance Action for Women in Africa (AFAWA) program, launched at the 2016 Bank's Annual Meetings, to provide available, accessible and affordable financial services to women in business through selected financial institutions.

The AfDB's Special Envoy on Gender, Geraldine Fraser-Moleketi, told the meeting that activities under the AFAWA Programme have already begun, and the Bank is starting to receive requests from financial institutions. The Programme will also empower women in business with information, training and knowledge sharing. This approach is particularly important for enterprises in the agricultural sector, many of whom are classified as micro or small enterprises. 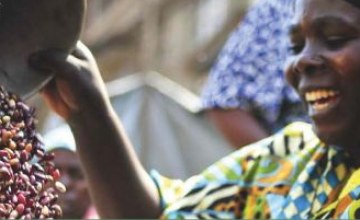 Africa Development Bank's Alberic Kacou recently elaborated on the Bank's programs aimed at supporting empowerment of women under the AfDB's High 5 development priorities. The Bank's High 5s support for women also include recent initiatives such as the recognition on the role women play in agriculture; implementing the Affirmative Finance Action for Women in Africa (AFAWA) initiative; funding the "50 Million Women Speak" and Fashionomics networking platforms. More about AfDB in this BRIEFING.

Liberia's President, Ellen Johnson Sirleaf, who is EWA's co-chair, lauded the Bank's Programme, which she said shared a common agenda with EWA. Empowering women, she added, "has the potential to lift millions out of poverty especially through agriculture." She appealed to countries to integrate women farmers' interests in programmes for agricultural transformation in Africa. "This will ensure women are part of the economic growth and development," she said.

Senegal's President, Macky Sall, called for speedy implementation of measures that enable women to play a leading role in the business of farming and agricultural value chains. "We have discussed a lot in Africa; we need to move to action be part of agriculture value chain. We have to boost women's productivity and increase their participation in commercial and higher value-add activities in agriculture, as women make up more than 50 percent of the agricultural labour force in Africa."

However addressing land ownership remains a critical factor in a continent where many more women do not own land and still lack control over the resource, stated Carlos Lopes, Executive Secretary of the United Nations Economic Commission for Africa. "There is urgent need to re-organise how we deal with land; a key agricultural input, and therefore a great determinant of women farmers' access to other productive resources and services."

Solving the land problem may not be an easy task nevertheless, according to an AfDB publication, Economic Empowerment of African Women Through Equitable Participation in Agricultural Value Chains. The 2015 study highlights that despite existence of policies ensuring equal land rights in most countries, there are often cultural barriers to women owning land.