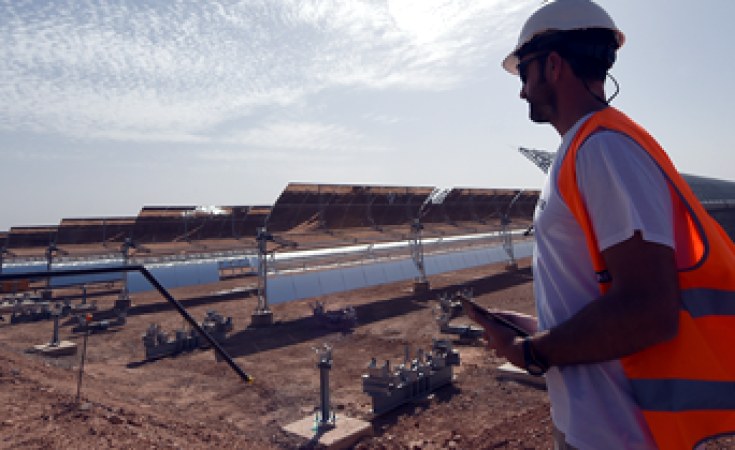 The day after his arrival in the Kingdom on his first official visit as president of the African Development Bank (AfDB), Akinwumi Adesina attended many high level meetings with the Moroccan authorities in Rabat on Wednesday 20 July.

In addition to paying a courtesy visit to the Head of Government Abdel-Ilah Benkiran, Adesina met Mohammed Boussaïd, the Minister of Economy and Finance and AfDB governor for Morocco and also with Salaheddine Mezouar, the Minister of Foreign Affairs, who is chair of COP22, taking place this year in Marrakesh.

The meeting at the Ministry of Finance was followed by a working session attended by Minister of Agriculture and Marine Fisheries Aziz Akhannouch, Minister of Infrastructure, Transport and Logistics Aziz Rabah, and the Minister attached to the Ministry of Industry, Commerce, Investment and the Digital Economy, Mamoune Bouhdoud, responsible for small businesses and the integration of the informal sector. A final working meeting was held in Rabat with director of the Moroccan Agency for Solar Energy (MASEN, from the French) Mustapha Bakkouri.

Adesina was keen to stress from the outset the outstanding cooperation that unites the Bank with Morocco, one of its founding members and, especially, its first client. "Morocco is one of AfDB's best performing portfolios on the continent," he said, taking particular pleasure in the disbursement rate of 52%. The AfDB president also hailed Morocco's economic performance and its development strategies, on top of the importance of its role on the continent: "85% of your foreign direct investment is in Africa," said Adesina, who also applauded the wish expressed by Morocco a few days previously to re-join the African Union. The Kingdom of Morocco is the third largest exporter in Africa, after South Africa and Egypt. 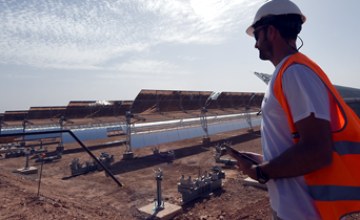 '85% of Morocco's Foreign Direct Investment is in Africa' - AfDB

Morocco is not only in line with the African Development Bank's High 5 priorities, the Kingdom is also "one of the Bank's best performing portfolios on the continent," said AfDB president Akinwumi Adesina during his first official visit to Morocco as AfDB president. He also hailed Morocco's role on the continent: "85% of your foreign direct investment is in Africa" and applauded the wish expressed by Morocco a few days before his visit to re-join the African Union (AU). Read more. More about AfDB in this BRIEFING.

AfDB cooperation with Morocco "is not merely a financial relationship," added the Moroccan Minister of Economy and Finance. "The AfDB contribution to Morocco goes beyond that."

The numerous exchanges that took place in the course of this day of engagements and working meetings highlighted the convergence of views between the Bank and the Moroccan authorities, particularly around the 4  of the Bank’s High 5 priorities: "Lighting up and powering Africa", as witnessed by the great progress Morocco has made in the last 20 years in regard to electrical connections; "Feeding Africa", echoed in the Moroccan Green Plan, which focuses on the development of agriculture and agri-business (and thanks to which the impact of this year's serious drought was greatly reduced); Industrializing Africa, met by Morocco's industrial strategy; and Integrating Africa."

On COP22, which will take place in November 2016 in Marrakesh, "you can count on the full support of the Bank", assured Adesina (AfDB, which is already financing the extension of Marrakesh airport, is co-organizing the Africa Pavilion and working very closely with the Moroccan authorities throughout the preparations for this event "on African soil".

"My wish is that we work together", said Akinwumi Adesina in his address to Moroccan authorities, referring in turn to the challenges of climate change and requisite funding, the need for differentiated loan pricing for climate investments in fragile countries, agriculture and agribusiness, water and sanitation, financial integration (AfDB and ASEA have just signed, in mid-July, amemorandum of understanding that includes the Casablanca stock exchange)...

Among other pathways for enhanced collaboration, Adesina made a first concrete proposal: "To create with Morocco a private equity fund to boost investment in agriculture in Africa." The Moroccan authorities received this warmly and promised to reflect on it.