In Nigeria, Every Little Effort Goes a Long Way 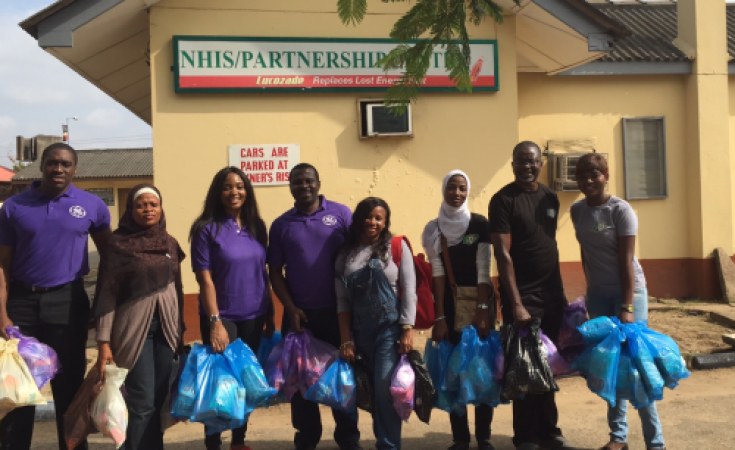 GE
A team of GE Volunteers distributed donated goods and spent time with the United for Kids Foundation Nigeria at the pediatric unit of a teaching hospital in Lagos, Nigeria recently.
Content from our Premium Partner
GE Africa (Lagos)

In the time it will take you to read this post, it is estimated that two children would have died in Nigeria. In many of these cases, poor access to adequate healthcare is the main culprit.

In seven African countries, the under-five mortality rate is more than 100 per 1,000 live births and in more than half of these cases, the deaths are due to conditions that could be prevented by simple, affordable treatment.

This challenge is being met by institutions such as the United for Kids Foundation Nigeria (UKF), a non-profit organisation established in the United States, the United Kingdom and Nigeria, for the exclusive benefit of needy children in Nigeria.

A team of GE volunteers recently joined the UKF team during a hospital outreach visit at the Pediatric Department of the Lagos State University Teaching Hospital in Ikeja, Lagos State, to cheer up the children and alleviate some of their immediate treatment needs.

Volunteers started their day by sorting through boxes of donated groceries and toiletries before splitting up to distribute these goods and meet patients and their families. But, said team member Chinedo Ugwu, they were shocked by what they found.

There were premature babies smaller than the size of a purse being fed through tubes in incubators; there were other newborns who couldn’t be sent home due to birth complications; and there were infants who had made a second home of the hospital due to recurring ailments that needed urgent treatment. There were also children who were being rushed into an already overwhelmed intensive care unit for emergency treatment, but the most heart-breaking case was that of a young girl who had just passed away and whose lifeless body had simply been covered up so that hospital business could carry on around her.

“Nothing prepared us for what we  met,” said Chinedo Ugwu. “Some of these cases seemed so dire, in need of much more than the gift bags we came armed with.”

Ugwu’s team was particularly moved by the case of 10-year-old Aduragbemi, who needed surgery after she was diagnosed with an acute prolapse of a major organ. The team raised N$128,000 not only from their own pockets but also from the wider GE Nigeria community for the girl’s surgery and ongoing medical costs. Any remaining funds will be sent to the UKF and the team will also maintain a monthly commitment to the UKF.