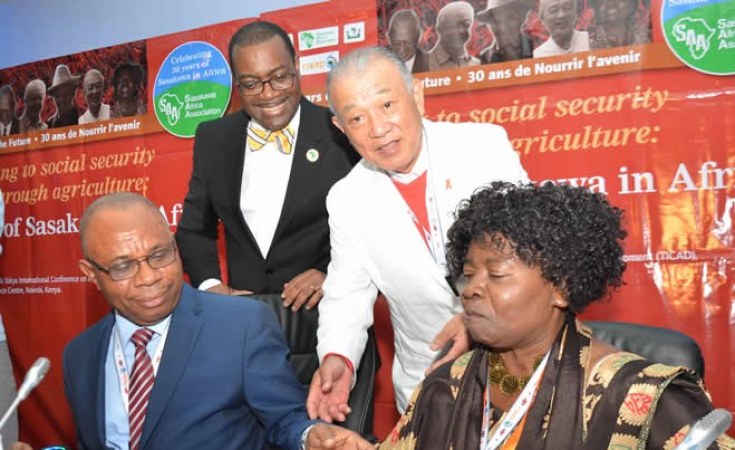 Visiting Japanese Prime Minister Shinzo Abe has announced a bold new African infrastructure plan worth US $10 billion over the next three years to be implemented by the African Development Bank (AfDB), raising the stature of the Abidjan-based financial institution in achieving Africa's development.

The infrastructure investment package announced by the Japanese Prime Minister will focus on modernizing electricity, power and urban transport systems in order to improve the connectivity of Africa.

"Taking this initiative, Japan will appropriate approximately US $10 billion to Africa over the next three years for building infrastructure. A portion of this will be executed through cooperation with the African Development Bank (AfDB)," Prime Minister Abe told leaders from African states during the Sixth Tokyo International Conference on African Development (TICAD VI) in Nairobi on Saturday.

"It will be necessary to develop roads and ports. This must be nothing other than quality infrastructure. At the Group of 7 Summit, we were united in our determination in this regard. This point was detailed in the G7 Ise-Shima Principles for Promoting Quality Infrastructure Investment," Prime Minister Abe said.

Japan has pledged to work together with the African leaders towards achieving developmental objectives on a range of principles - quality, resilience and stability. The quality principle will focus on building the infrastructure elements based on Japan's preferred work ethos, known as kaizen, or "continuous learning".

This is a system aiming to advance Africa's industrialisation through higher economic productivity. The productivity element also focuses on working together to empower factory foremen and plant managers and leaders of worksites under a new plan to be known as the "African Business Education Initiative for Youth (ABE) Initiative." This will allow business executives from Africa to study in Japan. Japan aims to reach at least 1,500 experts. 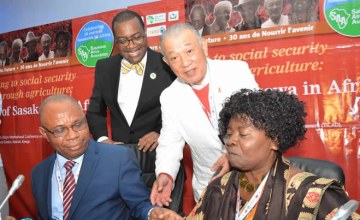 At the end of the Sixth Tokyo International Conference on African Development (TICAD VI) in Nairobi on August 28, the highlight was the announcement by the visiting Japanese Prime Minister Shinzo Abe of a bold new African infrastructure plan worth US $10 billion over the next three years to be implemented by the African Development Bank (AfDB). Other highlights include AfDB's signing a Letter of Intent with Sumitomo Mitsui Banking Corporation to promote Africa's economic development and a MOU with the Sasakawa Africa Association to boost agriculture in Africa. More about the AfDB in this BRIEFING.

Japan has also pledged to put the advances of its domestic education policies at the disposal of African industries. Japan hopes to provide access to its educational system to African students by promoting engineers to learn from its kosen, or "colleges of technology". This system aims to train at least 30,000 engineers to support the foundations of Africa's industrialisation.

The TICAD summit, being held for the first time on African soil in Nairobi, Kenya, has attracted several African leaders and heads of international development institutions, including Akinwumi Adesina, President of the AfDB.

President Adesina has been articulate on the need for a proper understanding of Africa's development challenges and the contribution that Africa's scholars should play in advancing development in various fields.

"Leadership is about knowing what is wrong. We have been discussing how to raise economic productivity across Africa in the agricultural value chains. What we are trying to do is to scale up production and we still need the political capacity. We must mobilize financial capacity," Adesina told a side event at the TICAD summit.

"The direction is very clear for Africa's development. The scholars in Africa need to move away from theories to practicality," the Bank President said.

The expert discussions at the TICAD VI summit have laid more emphasis on developing the agriculture sector to give Africa a chance to develop its industrial capabilities. There are concerns that the cost of developing the infrastructure remains more expensive and there is need to provide guarantees against political risks likely to be faced by investors.