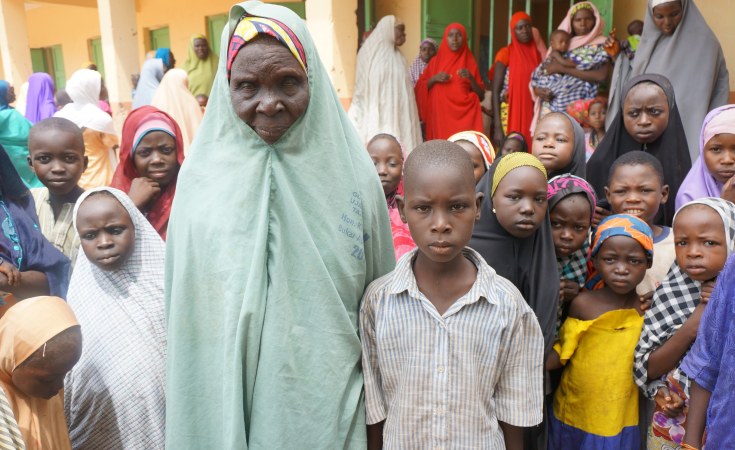 A. Carl Levan
Nigerians displaced from their homes by Boko Haram in rural Gombe State.
allAfrica.com
guest column By Matthew T. Page and A. Carl LeVan

Even as we rejoice over the release of 21 of the Chibok schoolgirls abducted two years ago, it bears remembering that north-eastern Nigeria is mired in a grave humanitarian crisis.

Endangering, impoverishing, and displacing more than two million people, it is the grim legacy of Boko Haram, one of the world's deadliest terrorist groups. Worried about the situation, U.S. officials will have talks this week with 12 northern governors to discuss ways in which Washington can help them cope with the crisis and tackle the poverty, underdevelopment, conflict and violent extremism that threaten their region.

However in order to help, the United States, other donors, and humanitarian organizations operating in the north-east will have to confront the Nigerian government's ongoing mismanagement of the crisis, the systematic corruption of its humanitarian relief efforts and its transformation of camps for displaced persons into abusive, military-run internment sites.

Nigeria's partners face the risk of being denied access to sites by Nigerian bureaucrats or the military if they try to work around them. Some partners - including the U.S. Agency for International Development - have become as tight-lipped and opaque as Nigerian officials, who now routinely restrict access to humanitarian information in the name of "national security".

Instead of embracing outside help and expertise, Nigerian relief officials appear to resent it, their profiteering alter-egos seeing it as a threat to their existence.

In September, for example, senior officials of Nigeria's National Emergency Management Agency (NEMA) lashed out after Doctors Without Borders (MSF) warned of a "grave humanitarian crisis", citing "severe acute malnutrition" in some IDP camps. NEMA's top official in the north-east denied having "such cases of malnutrition as claimed" and accused MSF of misleading donors "to generate more money for them."

Since outside help apparently played a role in the release of the Chibok girls, this moment provides an opportunity for the Nigerian government to signal a new attitude towards the assistance needed to confront the dire humanitarian crisis.

As U.S. officials meet with the governors, they have an opportunity to start an awkward and unpleasant, but necessary conversation about how bureaucratic failures and malfeasance are compounding human suffering in north-east Nigeria. If Washington fails to sound the alarm and push the Nigerian government to mend its ways, no amount of outside help will improve the plight of the millions who are struggling to survive in the wake of Boko Haram.

As we saw first-hand on a recent road trip through the north-east, fraud, waste, and abuse by Nigerian bureaucrats and security officials are exacerbating and prolonging the suffering of the country's internally displaced persons (IDPs). U.S. policymakers and international humanitarian organizations seem to be turning a blind eye to the situation and don't appear to be asking themselves: is working through the Nigerian government the solution to or the root of the problem?

According NGOs we spoke to, nine in 10 of IDPs in north-eastern Nigeria are in the same situation as those we met: living in host communities rather than in formal government-run camps. Almost all of these community-dwelling IDPs are ignored by the government and receive no assistance at all, except for ad hoc donations from roving international charities such as Save the Children. While the murky status of IDPs outside government camps has some advantages - freedom of movement and from sexual abuse by camp workers and security personnel - theirs is a daily struggle to acquire food and other basics.

None of the IDPs we met had been visited by government officials. Not even their hometown politicians - their state legislator or local council chairman - had bothered to come to see them or advocate on their behalf. Even after the IDPs and host community, with the help of a local NGO, counted themselves and presented their needs to state relief officials, no aid came.

When confronted, the state officials gave conflicting alibis, claiming that they sent help, but that it was stolen by local officials. Given how little oversight there is over a humanitarian relief effort opaquely micromanaged by corruption-prone bureaucrats, it is no surprise that very few of the two million IDPs have received any meaningful help.

One could argue, however, that the "invisible IDPs" we met are luckier than those living in government-run camps, which are described by experts as dreadful places where malnourishment and sexual abuse are rife. In these supposedly safe locations, women and girls are forced into prostitution by errant soldiers, vigilantes, and relief workers.

"When they want to go out, access food, or get help, they are forced to give sex [to the soldiers and vigilantes]", an aid worker recently lamented. An IDP living at a government-run camp recently told one researcher how soldiers and police officers come to the camps to select young girls for their personal use, taking them away from the camp for weeks at a time.

"The abuses [at the camps] are rampant", the researcher said, "and the international community turning a blind eye is a shame."

Matthew T. Page is a consultant and co-author of Nigeria: What Everyone Needs to Know, forthcoming from Oxford University Press next year. Until recently he was the U.S. State Department's top expert on Nigeria. Follow him on Twitter @MatthewTPage.

A. Carl LeVan is Associate Professor at American University and the author of Dictators and Democracy in African Development: the Political Economy of Good Governance in Nigeria. He tweets @Dev4Security and is writing a new book on Nigeria. 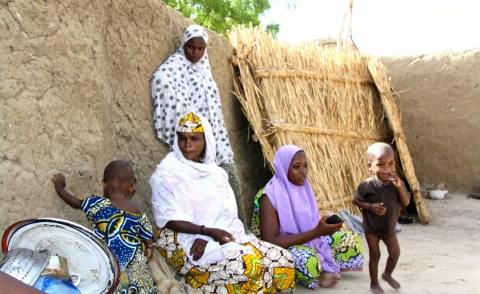 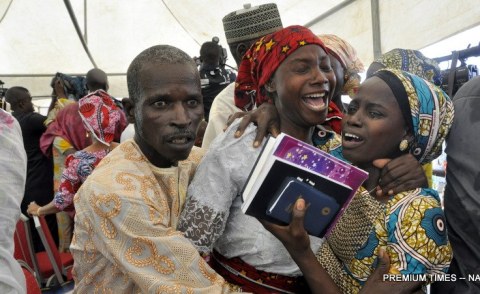 Freed Chibok Girls Reunite With Families in Nigeria
Tagged:
Copyright © 2016 allAfrica.com. All rights reserved. Distributed by AllAfrica Global Media (allAfrica.com). To contact the copyright holder directly for corrections — or for permission to republish or make other authorized use of this material, click here.