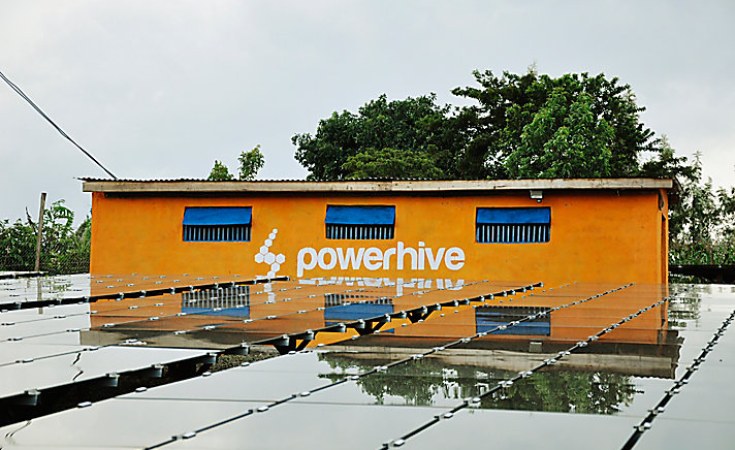 Caterpillar
Caterpillar is investing in micro-grid technology in Africa.
allAfrica.com

New York — Caterpillar, a U.S. manufacturing giant which makes construction and mining equipment, engines and industrial turbines and provides related services, is planning to invest more than $1 billion in Africa over the next five years. The expansion was announced by CEO Doug Oberhelman on September 21 during the U.S. Africa Business Summit in New York. The company, which ranks 59th on the most recent Fortune 500 listing, has been involved in Africa for 90 years. During an interview, Caterpillar's regional manager for Africa and the Middle East, David Picard, described the opportunities and priorities the company is pursuing across the continent.

What is behind the decision to boost investment by Caterpillar and its dealers?

We have a long history on the continent and a vast geographic footprint. Our first dealer outside of United States was in Tunisia in 1926, followed shortly thereafter by Barloworld in South Africa. Today, we are present in all countries of Africa through our dealers except for Sudan and Somalia. Customers get a true Caterpillar experience wherever they are in Africa.

We think Africa is rising in spite of the commodity challenges that the continent is facing currently. There tremendous potential for growth. It has the fastest growing middle class worldwide, and the population is expected to double by 2050. So Caterpillar with our dealers and with the Cat Foundation made this commitment. It's going to be for service facilities, for logistics facilities and for education and skills development. This is really helping to alleviate poverty.

We have state-of-the-art training for our dealer personnel. Take Barloworld (in South Africa) for example. They have built a facility that trains 500 technicians every year from foundational up to advanced technician capability - repairing engines, hydraulics, transmissions.

More broadly, Caterpillar has created online e-learning for the foundational piece of that. And what we've done is we packaged it into an African curriculum that is made up of 18 courses that any individual in Africa can follow free of charge, all they need is access to a computer and the internet. And upon completion of that curriculum, they will be certified by Caterpillar and with the opportunity to have their name shared with -- their information shared with our local dealer.

What we're trying to do is help develop foundational skills on the one hand, but also help people find employment on the other. This training is valid for Caterpillar, but it really can be used in a whole range of industries, from agriculture to construction to mining as it teaches people about engine repair, hydraulics and electronics. Safety as a key part of the curriculum.

So the training is portable.

Yes. We'd love them to work for our dealers. But we'd also love them to work for our customers. Our customers have a vast need for technical support as well. We want people working. We've piloted this in three countries up till now: Nigeria – in English; DRC (Congo) - French and Mozambique in Portuguese. We wanted to test the three main languages in sub-Saharan Africa.

What role is the Caterpillar Foundation playing in the company's expanded engagement in Africa?

Cat Foundation has invested $50 million since 2010 in Africa and has committed another $15 million between now and 2020. The focus is about helping women, it's about water, and it's about alleviating poverty. The Foundation has been working in conjunction with the U.S. government to help women become entrepreneurs. We see that women tend to help economies as they enter the workforce. We've also have invested in a trade school in Johannesburg called St. Anthony's - over a million dollars since that program started. This is for young people, impoverished young people that want to learn. We're helping to provide the tools particularly in the stem space.

What are the primary sectors where Caterpillar is currently engaged and where the expanded engagement is focused?

Construction and agriculture were certainly at the roots of Caterpillar as a company. We've also been very active in mining and power, energy and transportation. We have traditional power systems as well as renewable power systems and microgrids. We have marine engines for the shipping industry. We also have locomotives, diesel, electric locomotives that are operating across Africa today.

Where are you developing microgrids?

We're launching this concept right now with the government of Madagascar and also with the telecoms in Ethiopia in order to roll this out on a broad scale. We've also had our dealers install the capability at their main branches to become more efficient, first of all, but also to learn about the technology themselves so that they can then take it to market.

Are these solar powered?

They are photovoltaic with storage and, where necessary, backup diesel – so it can be a hybrid with 24-hour power. We think it has tremendous potential to help electrify the rural countryside in Africa.

How would you sum up the company's overall assessment of opportunities for growth in Africa?

We're very bullish on Africa. We've seen the commodities prices crash. It's hurt a lot of countries. But there's still a lot of boisterous growth in many countries. Countries like Ethiopia in Cote d'Ivoire and others are going very rapidly. We are part of it, and we want to continue to be a part of that growth. As much as anything, growth is being limited by the lack of skilled labor, and that's why we've launched these [training] programs. Sectors that we're active in are all ones that we think are going to be seeing strong growth and are going to help the continent succeed.

Many of our dealers have component rebuild centers on the ground that are really like mini factories. They use standard work processes and highly skilled labor that remanufacture components and extend the lives of Caterpillar products, providing best value for our customers. So those are some of the things that we're doing to help support the growth.

What are other obstacles you face doing business in Africa? Is corruption an issue?

In terms of corruption, Caterpillar has a very robust training curriculum for all of our employees and for our dealers as well that expects absolute compliance with our values. In addition to that, I would say that I've seen a change amongst African leaders over the years. It's a group that very often have been educated in Europe or in United States who are being versed in values and business ethics that we've been used to in the U.S. and in Europe. And so I definitely see a change and a transformation particularly amongst the young people in Africa.

Do you face regulatory challenges?

Africa is 54 different countries and that poses a logistics challenge for all of us. There's no doubt. There has been some progress made - in COMESA (Common Market for Eastern and Southern Africa), for instance, in terms of the flow of goods and services and we support that. We'd like to see more common standards - maybe not across the continent but at least through the various regional trade hubs.

Do you see any increase in U.S. government support for business and is that making a difference to Caterpillar?

Yeah, we do. President Obama's Power Africa initiative and Africa Trade initiative have been very successful. Also USAID. As I mentioned, Cat Foundation is partnering with the State Department on initiatives like the African Women's Entrepreneurship Program. So we definitely see increasing interest from the U.S. Government in supporting growth of U.S. companies in Africa.

Caterpillar and Dealers Announce $1 Billion Investment in Business, Education and Training across Africa 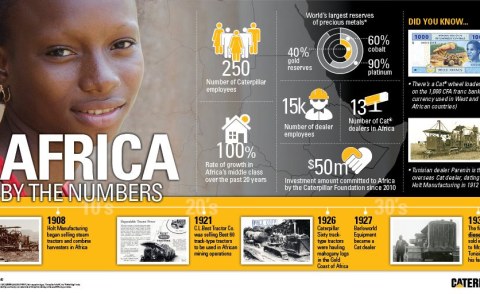 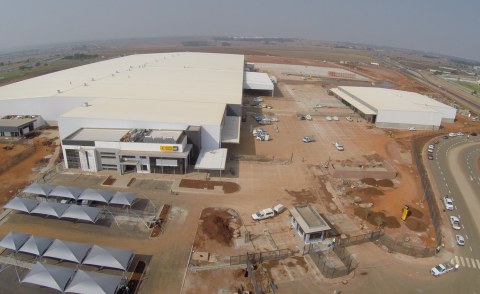 Boosting Sales & Addressing Poverty - Caterpillar in Africa
Tagged:
Copyright © 2016 allAfrica.com. All rights reserved. Distributed by AllAfrica Global Media (allAfrica.com). To contact the copyright holder directly for corrections — or for permission to republish or make other authorized use of this material, click here.