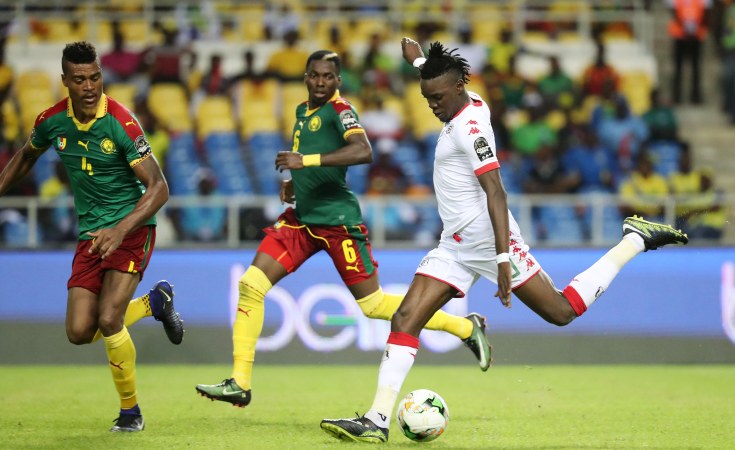 Chris Ricco/BackpagePix
Bertrand Traore of Burkina Faso with the ball in action against Cameroon.
allAfrica.com
By Nick Said

Burkina Faso continue their quest for a maiden African Nations Cup title when they take on seven-time winners Egypt in their semi-final in Libreville on Wednesday (19h00 GMT).

The Burkinabe are the only one of the remaining four sides never to have been crowned champions in the past, with Ghana and Cameroon having claimed four titles each.

And when they exited the 2012 tournament with three first round defeats, that looked a pipe-dream.

But just a year later they were surprise finalists, losing 1-0 to Nigeria, and now they have the chance to go one better and match Zambia’s stunning success five years ago.

“We dream of doing better than in 2013. It will not be easy. We cannot know what the future will be, only God knows,” Burkina Faso coach Paulo Duarte said.

“The important thing is that the players do not lose their humility.”

“I feel that my team has played a football of a huge level. They are a team capable of giving a fantastic show. The quality and the confidence is there."

The Burkinabe have met Egypt twice before at the Nations Cup finals and on each occasion suffered defeat – 4-2 in the first round in 2000 and 2-0 in the semifinals on home soil in 1998.

And they have not won any of their six previous meetings, including other competitive games and friendless, with the most recent a 2-0 Egyptian win 11 months ago.

Egypt coach Hector Cuper has admitted he will be without Arsenal midfielder Mohamed Elneny fort the semi-final, and possibly the final too.

Elneny played in all three of Egypt’s group matches but has been the subject of much derision from pundits in his home country who has criticised his efforts and place in the team.

But Cuper responded with a stout defence of the midfielder.

“I am the only one responsible. I don’t mind selecting whoever you want me to select, but who is going to take the responsibility in the end?” Cuper asked reporters.

“I can’t satisfy 90 millions, that’s not football. In football, the manager is the one who takes the responsibility. We always look for the team’s best interest, which is more important than the players, the formation and myself. I have full trust in Elneny.”

Egypt, who have yet to concede a goal in this year’s final, are on a 23-match unbeaten run at the Nations Cup finals that dates back to a loss to Algeria in 2004.

They have the pedigree and the experience, but Burkina Faso have the x-factor and the unpredictability. It should make for absorbing viewing.