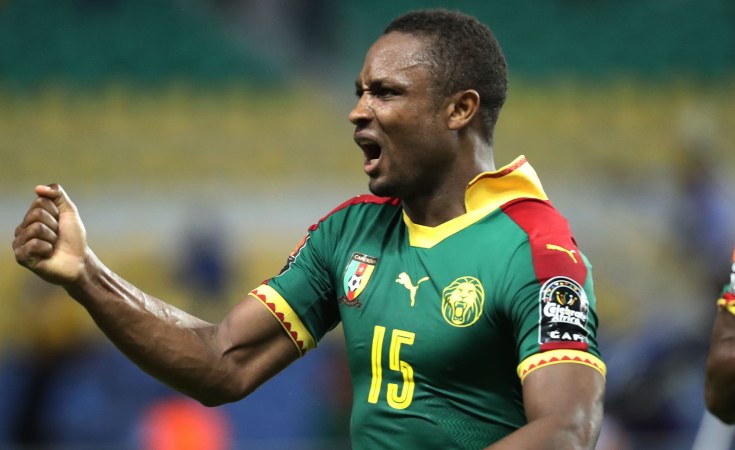 Ghana will hope to take another step towards ending their agonising wait for another African Nations Cup crown when they take on Cameroon in the semifinals of the 2017 tournament in Franceville, Gabon, on Thursday.

It is a sixth semifinal appearance in a row for the Black Stars, yet their last title came all the way back in 1982 after a number of disappointing setbacks.

They have reached this stage of the competition for every tournament since they hosted in 2008, yet lost both finals they qualified for, the first seven years ago in Angola and the second in Equatorial Guinea in 2015.

Ghana last met Cameroon in the last four in 2008, and lost 1-0, but this time go into the game as heavy favourites.

Cameroon's showing in getting to the semifinals this year should not be underestimated, especially as they have done so on the back of eight key players withdrawing before the tournament started.

But man-for-man Ghana should have too much quality, with the Indomitable Lions likely to employ the same tactic as in their quarter-final with Senegal - scrambling defence to soak up the pressure, and trying to grab a goal on the break.

The Senegalese succumbed, though more through their own profligacy in front of goal that Cameroon's tactics.

"It will be very tough, we saw Cameroon's quarter-final win over Senegal and they played very well," Ghana coach Avram Grant said. "Cameroon will have one more day rest than us but we've shown we can deal with difficulties.

"My team is improving, every game we get fitter and sharper. And this team has a big heart."

Grant has had to hear constant criticism of his players through the tournament, but feels it is unwarranted with mitigating circumstances – injuries to key players and atrocious pitch conditions in Gabon.

"Every player had has criticism at one time or another. I would like that to change," Grant said. "I don't know why they target players. I would like them to respect the players who are giving everything."

Cameroon coach Hugo Broos admits his side have ridden their luck so far in the competition, having come inches from elimination in the dying seconds of their final group game against Gabon, and then profiting from Senegal's wastefulness.

"Fourteen of my team are playing in the Africa Cup of Nations for the first time and our ambition has always been to go far," he said.

"Not many people gave us the chance to reach the semifinals. We played against a strong Senegal team. We fought very hard and resisted several attacks by the opponent.

"Luck was on our side too. I congratulate my very young team. They really deserve to be in the semis."

Black Stars Eye Final, Face Indomitable Lions Tonight
Tagged:
Copyright © 2017 allAfrica.com. All rights reserved. Distributed by AllAfrica Global Media (allAfrica.com). To contact the copyright holder directly for corrections — or for permission to republish or make other authorized use of this material, click here.