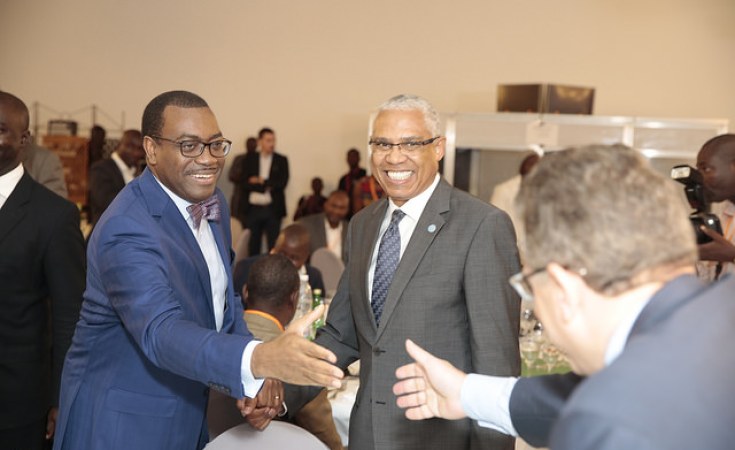 In a major speech delivered before the diplomatic community in Abidjan, African Development Bank Group President Akinwumi Adesina stressed that the Bank is stronger than ever before. The lending and disbursements are at record levels, while the institution has made significant efficiency gains.

Adesina was addressing diplomats accredited to Côte d'Ivoire and whose countries are members of the Africa's premier financial institution. The discussion took place in the context of the Bank's annual Ambassadors' Luncheon.

The leader of the AfDB gave an overview of the evolution of the Bank's situation in 2016. "We are stronger than ever before. We have improved institutional efficiency, effectiveness and delivery," he said. Looking at the Bank's activities, he stated that the Bank achieved record levels of loans and disbursements of US $10.7 billion and $6.4 billion, respectively.

"At the end of 2016, the volume of the active portfolio of the Bank grew by more than 23%, reaching a new peak at US $44 billion, and the proportion of projects at risk declined during the year by 22%," he continued.

Adesina stressed that the now, more than ever, there are real reasons to be optimistic about the future of the continent. "I am proud to be 'Africa's Optimist-in-Chief,'" he said, "because my optimism comes from strong conviction that Africa, our continent, is facing the future with strength, conviction and confidence.

"Africa is dynamic and on the move," the President of the AfDB said. "Economic projections show that growth will improve to 3.2% in 2017."

Adesina also reaffirmed the importance for partners to support the implementation of the Bank's High 5 development priorities given their alignment with other global targets. The United Nations Development Program (UNDP) recently confirmed that, according to its analysis of the alignment between the High 5s, the Sustainable Development Goals and Agenda 2063 of the African Union Commission, the High 5s cover about 90% of the objectives and strategies of the two programs combined.

In his words of thanks, the Dean of the Diplomatic Corps, the Archbishop Joseph Spiteri, Apostolic Nuncio of Côte d'Ivoire, recalled the importance of inclusive growth in Africa by referring to "the impatience of African populations to achieve well-being.

"All classes must walk together. The AfDB should not lose sight of its mission of serving African people. It must support the weakest countries," Spiteri said. "The implementation of the High 5s must aim at this goal."