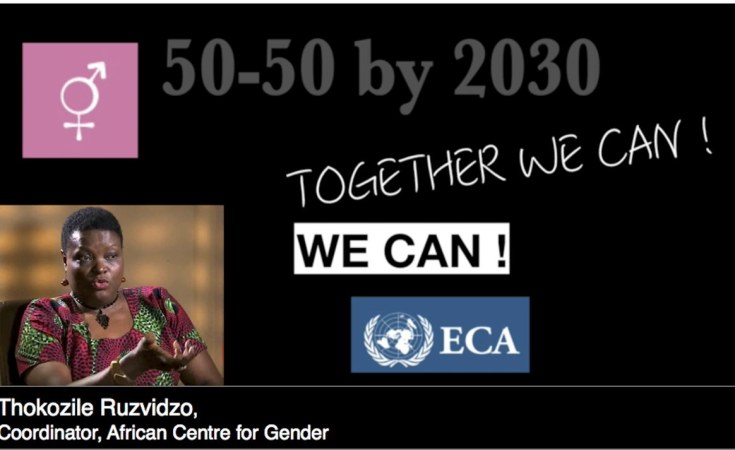 ECA
'Planet 50-50 by 2030: Step It Up for Gender Equality' asks governments to make national commitments to address the challenges that are holding women and girls back from reaching their full potential.
Content from our Premium Partner
United Nations Economic Commission for Africa (Addis Ababa)
document

Dear Colleagues at ECA and the United Nations family,

Today, 8 March 2017, is the celebration worldwide of International Women's Day. This day dedicated to women is a reminder of the crucial role they play in all aspects of our lives and sectors of our economies.

Women's contribution to Africa's wealth creation and development is made in challenging conditions due to pervasive inequalities in significant aspects of life, including employment opportunities.

By focusing the theme of International Women's Day 2017 on "Women's Empowerment in the Changing World of Work. Planet 50/50 by 2030", our collective attention is drawn to the situation of women in the world of work, in order not only to just understand it, but also and more importantly, to take action.

In Africa, like in the rest of the planet - the world of work is not always a pleasant one for half of the continent's population who are women. It is a world characterized by inequality between women and men in sectoral occupations, and unequal pay, with women earning on average between 50% to 60% of what men earn for the same jobs[1].

It is a world also characterized by unequal opportunities for women, including for career development. Last but not the least, it is a world that does not recognize women's important role in and contribution to economies, including through care work and unpaid labour. Such a situation undermines their self-confidence, self-esteem and their abilities. The world of work in Africa is yet to be empowering for all women of our continent.

Even though more African women are entering the labor market, the pace of progress is slow, with only 3.2 per cent new entrants over the last decades[2]. This official rate hides the important and active participation of women in the informal and domestic/unpaid care work sectors thus, bringing to the fore the problem of the mainstream definition of work and the need to reconceptualize work in a more comprehensive manner. This is urgent in a changing world of work shaped by globalization, climate change and increased migration which can (and often) exacerbate women's already difficult conditions, but also offers unprecedented opportunities which we must harness fully. 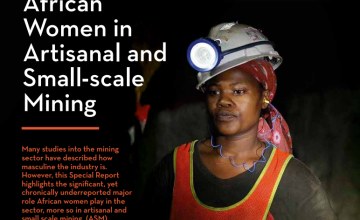 The United Nations in general and the ECA in particular have the unique obligation to support our member States to reverse the current trend of women's conditions and status in the changing world of work to support the realization of a planet 50/50. We must step up our efforts for gender parity in all spheres of development and life. We must do so by starting from within, in the United Nations System including ECA.

Context cannot be more conducive than the one we are in, shaped and reinforced by the high commitment of the UN Secretary General, Mr. Antonio Guterres, to accelerating achievement of gender equality across and at all levels of the Organization. Such commitment sends a strong signal to the world for the need to achieve the noble goal of a planet 50/50 by 2030, the cut off year for the UN's Agenda 2030.

At ECA, we still have a long way to go, despite efforts made. To date, women represent 43 % of the Commission's staff, 24% in senior level positions (P5-D2), and 34% in non- senior positions in the professional category (P1-P4). It is only in the General Service category where gender parity has been achieved.

As we commemorate this International Women's Day, let us recommit to do more to attain gender parity as an organization. We must scale up the recruitment of women at all grade levels in the staffing of the Commission, especially the professional category. This is a collective obligation. We cannot afford continued gender inequality at ECA, because it will lead to loss of talent and human potential, our most important resource.

We also must mainstream gender into our programmes and budgets to support our member States to achieve gender equality and women's empowerment.

Gender parity and gender mainstreaming are without doubt a must, if we are to transform and develop our continent.

Let me end by wishing you all a Happy International Women's Day!