Africa: To Power Africa's Future, a 'Wall of Money' is Ready 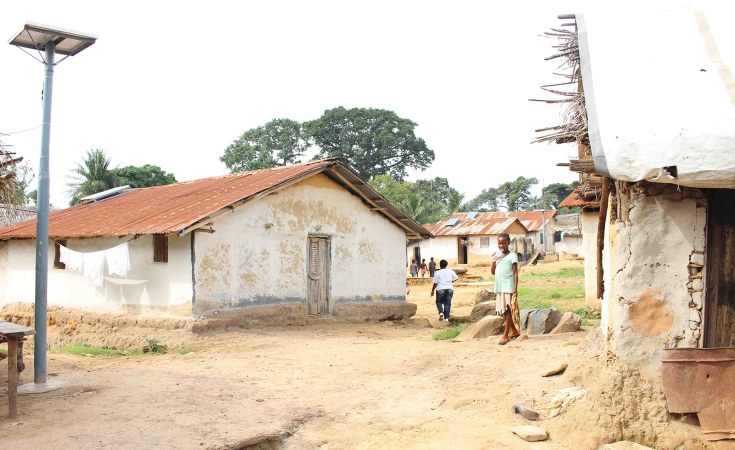 Washington, DC — The hundreds of delegates pouring into the glittering Marriott Marquis hotel for this month's Powering Africa Summit were experiencing a stark, if unstated, contrast. On a good day this year, Nigeria – the largest per capita of Africa's 55 countries, produced enough electricity to operate around five 'eco-friendly' hotels the size of the three-year old Marriott.

The market opportunities are massive, participants agreed; the challenges equally large. By the end of two days of discussions, a consensus emerged around  three themes:

1. There is a 'wall of money' available to electrify Africa with bankable projects.

2. There is hopeful optimism that U.S. President Trump's administration might be supportive, and

3. There are enormous opportunities for those with ideas, stamina and, most of all, patience to make money while doing good – on and off the grid.

"To unlock that wall of money," says Standard Bank's head of power and infrastructure David Humphrey, "Africa has to grow, develop, and become a place where that wall of money is happy to invest, and can take and understand the associated risks." Humphrey's assessment is underpinned by 150 years of African experience by Standard Bank, Africa's largest bank by assets.

Power Africa, an initiative to 'light up' Africa launched by President Obama during a visit to three African countries in 2013, aims to see 60 million new connections and 30,000 megawatts (MW) "of new and cleaner power generation."

Nigeria, Africa's most populace nation, is key to meeting those goals, Andrew Herscowitz, the Power Africa coordinator, told attendees. " If we succeed in Nigeria, we can be successful anywhere in the continent," he said. Nigeria has some 12,000 MW of installed generation capacity and can transmit 7,000 MW on the existing grid, he said. Typical output ranges from 3,000 to 4,000 MW, of which only about 2,000 MW is being paid for.

Investors and developers new to Africa often need reminding that there are 55 countries on the continent, which compares in land area to the United States, China, Japan, Mexico, India and eastern and western Europe combined. There are tremendous variations by region and often within individual countries. Some countries have policy, regulatory and community frameworks already in place which make it easier to do business. But 'easier' is still not 'easy' compared to more developed regions, conference participants noted.

"In economic terms," says Humphrey, "Africa is at the crossroads. "We've seen a lot of progress with democracy and democratic institutions, whether in Nigeria, Uganda, even in The Gambia where a constitutional standoff was peacefully resolved. There have been peaceful transitions in Zambia and in Ghana." Those trends, he says, have made a difference in investor interest.

"Twenty years ago an investor might ask why would I go to Africa", he says." Now we're having interesting conversations at the individual government level and individual client level about how you unlock that potential."

There's a lot at stake for Africa's people. More than 620 million live without electricity. The people of Gbarnway, Liberia, a rural community about 100 miles from the capital Monrovia, illustrate the problems and opportunities. The Liberian government estimated that it could take at least 10 years for the national grid to reach Gbarnway and other rural areas – and that was before the setbacks brought on by the Ebola crisis of 2014-16.

Power Africa's more than 100 private sector partners have committed to to develop some 16,000 MW of generation. These include a number of non-profits focusing on delivering 'off-grid' power to Africa's rural population.

One of these, the National Rural Electric Cooperative Association (NRECA), has committed $400,000 to bring reliable and affordable electricity to Liberia with a solar-diesel hybrid system. The fifty-four-year-old not-for-profit U.S. organization has helped Liberians launch three electric cooperatives and has provided training in maintenance, service provision and financial management.

Gbarnway now enjoys electricity with solar panels that NRECA supplied. Korto Gizzie, a resident, says "We were living in darkness, and living in this place was hard. The houses were dark for the children. But now, we have light here, and this place is just like a city. I am so happy to see a town like this."

Gizzie's power came as part of USAID's Power Africa "Beyond the Grid" project. The Obama administration launched the Power Africa initiative in 2013 with the goal of connecting 60 million people to power by 2030 through public/private partnerships.

One of the questions buzzing among delegates in between panels, round tables and keynote addresses, was the future of the initiative under the new U.S. administration. Power Africa, the initiative housed at USAID, involves many options including development finance and Independent Power Producers (IPPs)—all of which are favorable to businesses. The hope is that President Trump, with his background, might see a good opportunity for U.S. business.

Republican Congressman Ed Royce, Chairman of the House Foreign Affairs Committee, in a Summit keynote, extolled the chance "to create technology and long term power deals while increasing global security and social stability."  He said that for American companies who maintain their competitiveness, opportunities abound as Africa's economies grow. "You can't run a factory on a generator," he said, referring to the private generators that currently provide much of the electricity to African homes, schools, clinics, offices and businesses, including banks. Royce was lead sponsor of the Electrify Africa Act of 2015, which supports and broadens the Power Africa initiative.

African consumers are driving an accelerating process of renewable energy installations, while African governments and big utility companies are often stuck in the grid paradigm, some delegates said. Most everyone wants the ability to be connected to a reliable electricity grid. But as a result of Africa's sheer size, the number of rural residents, and the lack of existing generating and distributing capacity, it is likely that many millions of people will get electricity from emerging, clean technologies including solar, wind, hydro and biogas, before a grid reaches them.

The cost of these technologies is dropping, making off-grid and mini-grid renewable energy affordable, even for the very poor. Some require little upfront capital investment and have the advantage of delivering energy quickly, replacing costly and unhealthy fuel sources like firewood and kerosene.

Optimists see new economies developing that give Africa the potential to 'leapfrog' old-fashioned grids dependent on dirty energy sources to move directly to sustainable, efficient power. Entrepreneurs such as 'pay-as-you-go' vendors are supplying small power sources, such as solar devices, and often collect payments through mobile money systems on cell phones – which in some areas, such as east Africa, are far more advanced than in North America. Companies are creating super-efficient appliances. Momentum is building.

The challenges, however, are enormous. There are issues of land and water rights in pastoral societies.  Some countries are awash in outdated regulations. Some rural areas are so remote that the only way to reach potential consumers is on foot. The bureaucracy of the funding requirements across international development agencies is also not for the faint of heart or the impatient.

In addition to the financial risks, investors and developers who fail to plan for environmental, social/community/cultural and other non-technical risks could encounter adverse pressure. Each project must begin with buy-in from affected communities, and ongoing engagement is essential each step.

There's a saying sometimes heard among would-be investors: "You can make money in Africa, but not fast money - at least not fast, clean money!" Playing the long game, practicing integrity, and developing key partnerships will help.

As electricity expands across Africa, businesses are born and grow—from small barber or beauty shops to large agricultural and processing enterprises. Food can be safely stored in refrigerators. Students are able to access computers and the greater educational opportunities they bring. Hospitals and clinics can offer better health care. Quality of life improves.

With greater power equity, Africa – which boasts some of the world's fastest-growing economies – will have a chance to address the extreme poverty that hobbles so many of its people. But in a global economy where – as the UN Economic Commission has documented - most resources flow away from rather than into the continent, it is close to impossible for Africans to reverse the flow alone. Africa needs that wall of money.

Noluthando Crockett-Ntonga is a contributor to AllAfrica.

Keeping the Lights on Power Africa