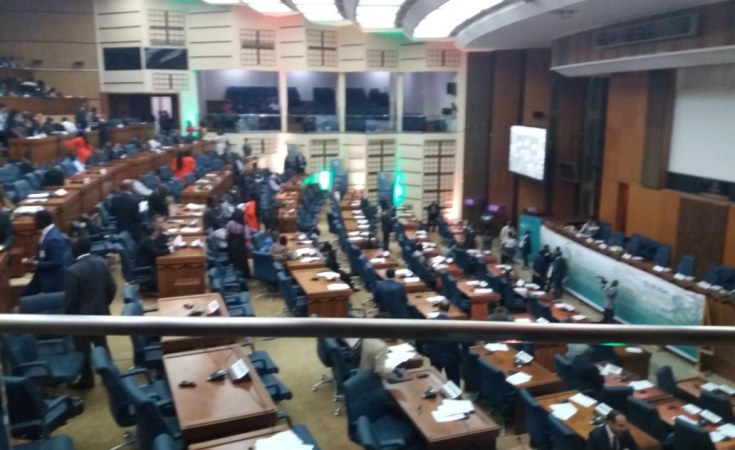 Dakar — Senegal's budget minister Brima Mangara has called on African states to promote structural transformation as part of development strategies "in order to meet the challenges of growth". Mangara said that when the living conditions of the most vulnerable in society improves, peace and social stability gain.

He was speaking to the so-called "committee of experts" at the opening of the annual meetings of African finance ministers being jointly hosted by the African Union and United Nations Economic Commission for Africa.  This year's gathering, the tenth in a series, is taking place in the Senegalese capital, Dakar, from March 23 to the 28.

Mangara said in order to achieve more sustainable growth, there is a need for it to be equitable. "Senegal, since 2012, has been experimenting with family subsidies and universal medical coverage," he said. These expenditure, he says, serve as "high impact" investment in human capital "which is the prerequisite for achieving equality". That point coils up into the conference's theme: "Growth, inequality and unemployment."

Organizers say in addition to having reputable panelists from within and outside the continent, the meetings will also feature a number of high-level side events that will deliberate on possible solutions - including "radical ones" - to the challenges bedeviling the continent. Hundreds of delegates have been arriving for the meetings.

Another speaker, Giovanie Biha, Deputy Secretary of the ECA,  lamented that growth on the continent has not yet translated into "broad-based poverty reduction".  She said despite available statistics showing that some African countries have achieved growth rates that were among the highest in the world, "seven of the most unequal countries [during the same period] were in Africa".

Biha said econonic growth on the continent remains "exclusive". She reminded the audience in the packed Hall of Congress at the King Fahd hotel in downtown Dakar that "the absence of decent jobs has fueled outward migration, resulting in tragic loss of lives as young people [who constitute 60% percent of the population] are trying to cross the Mediterranean Sea in search of greener pastures".

This week's gathering, dubbed the Africa Development Week, will witness the launch of some major reports, including the flagship Economic Report on Africa 2017 and the second generation of Country Profiles focussing on 21 nations. The ECA says, in collaboration with the World Health Organization, it will also launch the Africa scorecard on domestic financing for health.

Briefing journalists before the official opening, Rene Kouassi, Director of AU Commission, named many of Africa's perils: The economy is not processed; value addition is lower than 10%; transformation has been centered in the tertiary sector. He said that was why they were gathered in Dakar, "to find out what we should do".