Future Africa: A Dialogue by AWDF and IDEG to Launch AWDF Futures Initiative 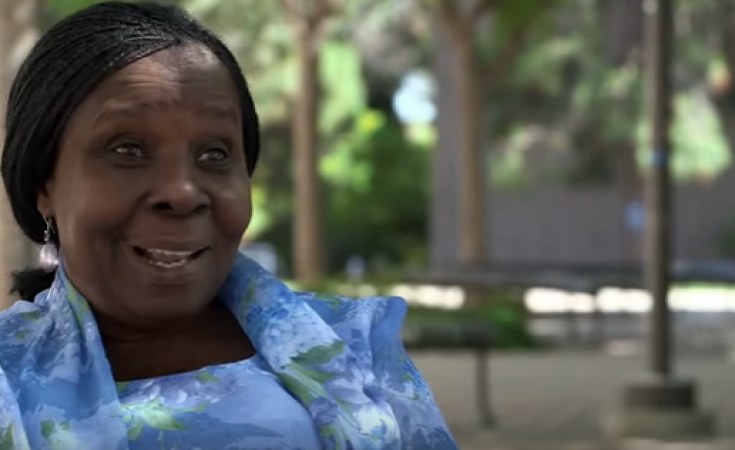 AWDF
The African Women's Development Fund (AWDF) released The Art of Ama Ata Aidoo, a documentary on the life and work of Ghanaian author Ama Ata Aidoo. The film portrays her relationship with mentor Efua Sutherland, fellow writers Mariama Ba and Buchi Emecheta, and more. In the film, Aidoo's writing journey is documented through snippets of her life history. She reads excerpts from a diverse archive, including Dilemma of a Ghost (1965), Our Sister Killjoy (1977) and Changes: A Love Story (1991).
Content from our Premium Partner
The African Women's Development Fund (Accra)

African Women’s Development Fund (AWDF) is partnering with the Institute for Democratic Governance (IDEG)- a cutting edge public policy think tank based in Ghana- to launch the AWDF Futures initiative on 19 April 2017. The launch will take the form of a gathering at IDEG offices in Accra that brings together analysts, thinkers, donors, creatives, activists and programme implementers.

Participants will explore the questions: what is the future of Africa if seen through the lens of women’s rights? What opportunities and potential crises lie ahead? Are our current strategies appropriate in light of where Africa is headed? Using a futures lens, how do we contribute to shaping the most just, promising and democratic futures for Africa?

The discussion is premised on a belief that the future of women’s rights and opportunities in Africa is central to the future of the continent as a whole, and is thus foundational to discussions and decisions around governance, the economy, politics, and the shape of social and cultural life.

Background to the idea

In 2016, AWDF embarked on a strategic planning process focused on the question of how AWDF and African women’s organisations can contribute to shaping the future of Africa. To ground this, AWDF worked with Kenyan foresight practitioner Katindi Shivi Nyonjo to produce a trends analysis – bringing together the gendered data around Africa’s future trajectories. The resulting report, Futures Africa: Trends for Women by 2030 is the first of its kind, offering both statistics and analysis around key political, economic and social trends, and illuminating gaps in the data needed to accurately plan for the future.

Alongside this empirical process, the AWDF staff team and advisors also worked to generate scenario stories- imaging four possible states for Africa in 2030 from a feminist and woman’s rights perspective. The stories are shaped by an analysis that the key independent drivers of change for women in Africa will be:

The scenario stories have been made into an animation series which will be launched at the Future Africa event.

The launch will take the form of a one-day facilitated meeting aimed at encourage debate, dialogue, and imagination. The goal is to spark new thinking and provide both evidence and creative stories that push us as Africans to think about our current priorities and approaches, and where our collective contributions to Africa’s future are headed. Proceedings will be conducted in English.

The African Women’s Development Fund is a feminist pan-African grantmaking foundation supporting African women’s rights organisations and movements. Through grantmaking, institutional capacity building, advocacy and knowledge generation, AWDF invests in building a world where African women can live with dignity and justice and where there is equality and respect for women’s rights. As the first African women’s fund, AWDF is a grantmaking pioneer and an early leader in building African philanthropy. Since it was founded in 2001, AWDF has awarded more than US$29 million to 1,312 women’s organisations in 42 African countries. AWDF is based in Accra, Ghana.

The Institute for Democratic Governance (IDEG) is a leading civil society think-tank with a forte in critical political and social analysis, transformative policy advocacy, interface capacity building and high-level policy engagements. An independent, not-for-profit, non-partisan policy research and advocacy institute, IDEG seeks to contribute to the establishment of a just and free society in Ghana, West Africa and beyond.

Tagged:
Copyright © 2017 The African Women's Development Fund. All rights reserved. Distributed by AllAfrica Global Media (allAfrica.com). To contact the copyright holder directly for corrections — or for permission to republish or make other authorized use of this material, click here.