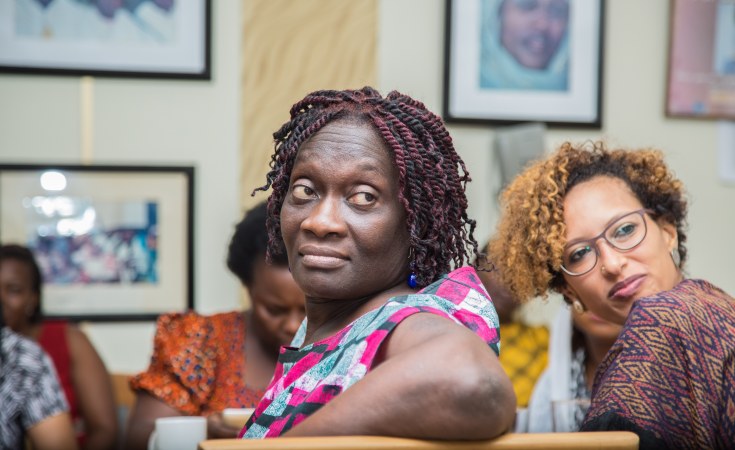 AWDF
The African Women’s Development Fund (AWDF) is a grantmaking foundation that supports local, national and regional women’s organizations working towards the empowerment of African women and the promotion and realization of their rights.
allAfrica.com
By Boakai Fofana

Accra — Imagine a future Africa where patriarchy is dead and more women are economically empowered to provide for their own basic needs; one in which they continue to shatter the proverbial glass ceilings to occupy top leadership positions in all spheres.

Imagine an African woman who isn’t limited by the imaginary walls society has set for her and can aspire to reach her full potential through hard work like her male counterparts.

These were the hopes of many of the participants at the just-ended African Women Future Initiatives dialogue which took place in Accra this week to “explore the future of Africa seen through the lens of women’s rights”.

Partnering with the Institute for Democratic Governance – a public policy think tank based in Accra – the event was hosted by the pan-African feminist and grant-making foundation, the Africa Women's Development Fund.

The event brought together women leaders from Ghana and across the continent, including civil society activists, program implementers and analysts.

“We are not very used to thinking about the future beyond a set of hopes about it,” said Jessica Horn, AWDF’s director of programs. She told the audience that as Africans, “we are all committed to the continent and to a vision of the things we hope will happen”.

Jessica said it requires all hands on deck to help promote democracy and justice on the continent. The idea of the gathering was to give participants time to think a little bit about “where we are headed as a continent.

“We are here to give ourselves time to imagine things outside of what we have to do for the donors next month; imagine things that we know are likely to lead to the kind of Africa that we want.”

Another participant, Katindi Sivi Njonjo, a foresight practitioner, presented a report titled “Futures Africa: Trends for Women by 2030”. It is an analysis of trends which organizers say is the first of its kind to bring together data on gender relevant to Africa’s future. The report tracks key areas that are crucial to women's development, including health, the economy, politics and education.

The report also indicates that while deaths from HIV/Aids will drop from 2.1 percent of Africa’s population now to about 1.7 percent by 2030, the new killer will be non-communicable diseases such as diabetes, cancer and the effects of obesity.

However, Njonjo told AllAfrica that “if you think about the future of women, it’s definitely brighter than it used to be.” She says this is due to the “concerted efforts” that women are putting in place to address their own issues. But she warned that there are still challenges: “Governments are not making policies that are quick enough to address the changes that are happening.”

During the gathering,  animated scenarios featuring four imagined states in Africa in 2030 from a feminist and woman’s rights perspective were screened.

In one, a fictional character, Mariam, had just graduated from college in a country that had elected its first female president more than a decade earlier. Things were looking upbeat: the president made sure women’s rights were at the top of the agenda and that “true democracy breathed life”.

The scenario went on to portray a situation in which, after years of reforms, old stereotypes were abandoned for more “open and empowered ways of thinking about people’s capacities” and the government covered 90 percent of the country with an inclusive educational infrastructure which enabled girls and women to assert themselves.

But for this to happen, said Emmanuel Akwetey, the head of the Institute for Democratic Governance, men also needed to reform their thinking on gender.

“They should shift the model a bit to have as many men come to the table to learn and to be partners in bringing about the transformation speedily,” he said.

Previous Story
African Women's Organisations To Benefit From Million-Dollar Fund
Next Story
What Is The Nile Forum?

What Is The Nile Forum? 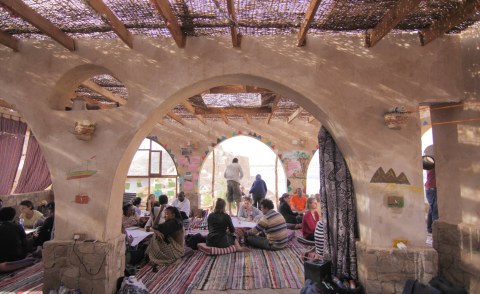 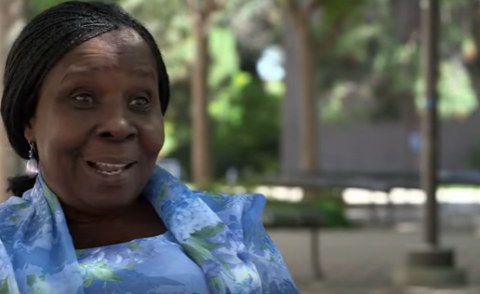 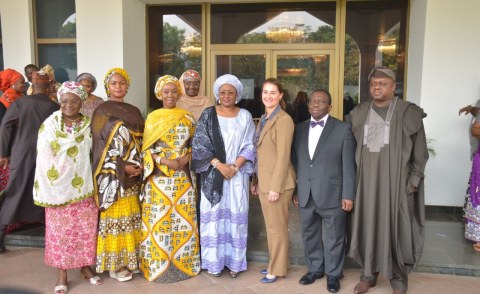 AWDF: Amplifying African Women's Voices
Tagged:
Copyright © 2017 allAfrica.com. All rights reserved. Distributed by AllAfrica Global Media (allAfrica.com). To contact the copyright holder directly for corrections — or for permission to republish or make other authorized use of this material, click here.