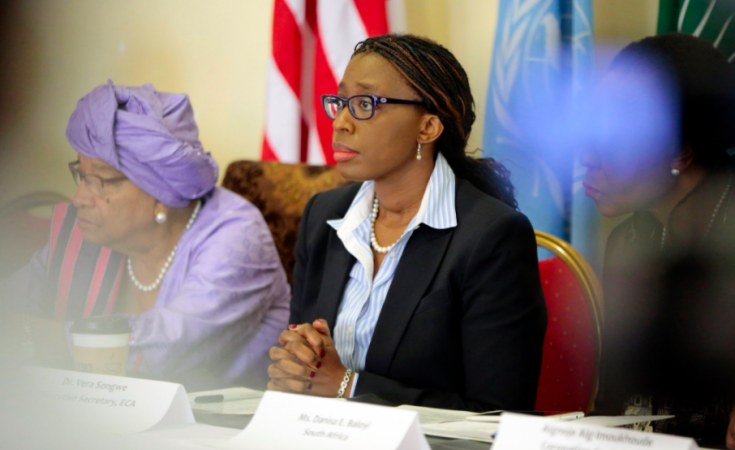 Monrovia — "Just last week, some forty young men and women died of thirst in the Sahara Desert, while trying to reach Europe. More than a thousand have perished in the Mediterranean Sea since the beginning of this year." Those were the words of President Ellen Johnson Sirleaf in her remarks during the launch of a High Level Panel on Migration (HLPM) in Africa, which took place on Tuesday in Monrovia.

Ms. Sirleaf noted that in many places in Europe today, "a mixture of migrants from diverse backgrounds have been living in the streets, under conditions that can best be described as inhumane."

Established in April 2016 by the Economic Commission for Africa (ECA) under the direction of the joint African Union(AU) and ECA Conference of Ministers in Addis Ababa, HLPM is made up of 14 members with Ms. Sirleaf as chair. The panel aims to push migration issues to the top of policy agenda by engaging major stakeholders and partners.

Speaking during the launch, ECA's Acting Executive Secretary, Abdalla Hamdok, stated that Africa is still missing out on the many benefits of migration because of tight border policies. He deplored the fact that Africans need visas to travel to 55% of other African countries.

"Travel in Africa by Africans is curtailed by stringent visa requirements. Excessive border controls and immigration restrictions increase the costs and risks of migration and often conflict individual motivation to migrate and state restrictions on mobility."

Mr. Hamdok also stated that although International media outlets tend to present images of large numbers of migrants crossing the Mediterranean Sea into Europe as being mostly from Africa, intra-Africa migration still dominates migration flows on the continent.

"Data shows that less than three per cent of Africa's population have migrated internationally and less than 12 per cent of the total migrant stock in Europe are from Africa."

This view was also highlighted by Ms. Maureen Achieng, Representative of the International Organization for Migration (IOM) to the AU, ECA and IGAD. 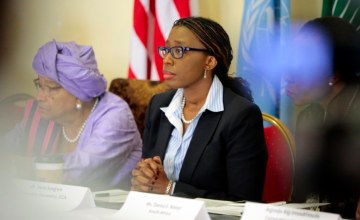 "Migration from Africa towards other regions is taking place in a much lower level than one might think," said Ms. Achieng. "There are an estimated 7.5 million West African migrants in West Africa compared to 1.2 million between in North America and Europe combined."

The issue of excessive border controls was also deplored by Ms. Alma Negash, founder of Africa Diaspora Network and member of the HPLM. Ms. Negash cited Uganda's acceptance of migrants as good example of what African countries should be doing.

"I salute the exemplary conduct of Uganda on migration. In the past few years, Uganda alone took 800 thousand South Sudanese migrations and refugees. Africa needs to accept and take care of its children."

For his part, Knut Vollebaek - an HLPM member and former minister of foreign affairs of the kingdom of Norway - said the government of Norway "is very pleased" with the HLPM initiative. Mr. Vollebaek expressed hopes about the panel's ability to achieve its goals.

"It is my hope that we the panelists under the wise leadership of President Sirleaf will mobilize political will among governments in Africa and abroad, regional and international organizations, civil society, business and other stakeholders in support of adopting the necessary policies to facilitate the orderly, safe, regular and responsible migration and mobility of people."

Mr. Vollebaek added that, "I hope our work can champion the new development paradigm enshrined in agenda 2030 and Agenda 2063 for Africa."

Over the next few months, the HLPM will consult with relevant constituencies at national, regional and global levels to come up with recommendations on how to build and sustain broad political consensus on an implementable international migration development agenda, taking into account the particular challenges of countries in conflict and post-conflict situations. The report will be submitted to the African Union Heads of State summit in July 2018.