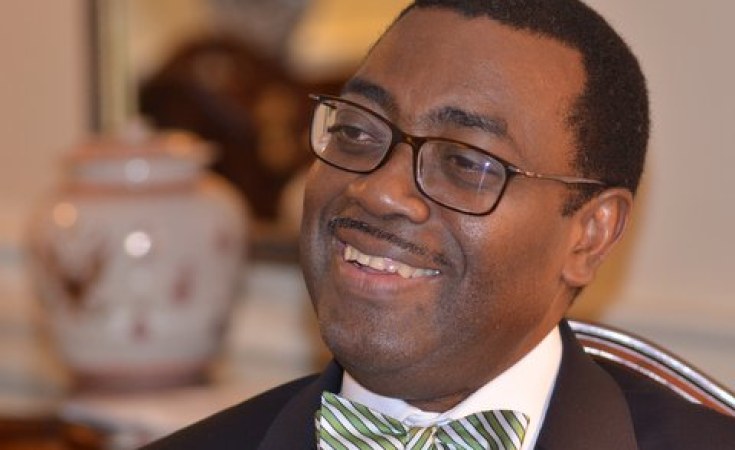 Monrovia' — Akinwumi Adesina, president of the African Development Bank, has been named the winner of this year's World Food Prize.

The prestigious U.S.$250,000 prize is given annually to a person who has worked to advance human development by "improving the quality, quantity or availability of food in the world". Over a 31-year existence, the award has become known as the 'Nobel Prize' for food and agriculture.

Monday's announcement by the president of the World Food Prize, Ambassador Kenneth Quinn, was made at a ceremony held at the U.S. Department of Agriculture attended by U.S. Secretary of Agriculture Sonny Perdue. Since its founding in 1986, the Prize has honored 45 individuals for their outstanding contributions to food security around the world.

"These individuals have been at the forefront of every major breakthrough in agriculture and food production in the last 30 years", Quinn told AllAfrica in a telephone interview before Monday's announcement. He said the laureates have led the "single greatest period of food production and hunger reduction in all human history". Nominations for the prize, he said, are submitted by organizations and prestigious individuals. A selection committee - made of individuals from around the world - makes the decision.

Quinn announced that the committee noted a couple of "distinct achievements" of Adesina: his role in organizing and making the African fertilizer summit a "great success"; his work with leading non-profit organizations and banks to expand the availability of commercial credits to agriculture and farmers across the continent when he was a senior executive of the Alliance of Green Revolution of Africa; the digital e-wallet scheme during his five-year tenure as minister of agriculture of Nigeria, which helped tackle corruption that had pervaded the fertilizer industry.

Quinn said Adesina has helped galvanize support to transform agriculture on the continent through his various initiatives which increased farmers' yield and incomes. "All of his policies were very farmer friendly, and he became known as the 'farmer's minister'". The committee was also "taken" by Adesina's own life that began with him growing up in a poor village, and how education "allowed him to lift himself up," Quinn said.

The AfDB president came from a family of farmers. With some education, however, his dad got a job as a civil servant which provided the means to send his four sons to school. Adesina, the second, experienced the poverty of smallholder farmers and their families during his years of schooling in the village.

Adesina told AllAfrica that he was thrilled when he first learned that he had been selected as this year's winner for the work he's done over the years. "But for me it's not about the past as much as even the future; I feel greatly inspired and motivated to do even more until we free Africa and the world of hunger".

Since he became president, he said, the bank has committed itself to a strategy which aims to end hunger and rural poverty on the continent in the next decade. Feed Africa, the second of the AfDB's top five priorities to which it has already committed $24 billion dollars, was launched at its headquarters in Abidjan last year.

Adesina said some of the areas of focus of the new plan will be "how to get technology to farmers - at the scale of millions of farmers all across Africa - and how to get the youth to be involved in agriculture as a business".

He will be at the center of attention this week in Des Moines, Iowa, where guests from dozens of countries, including scientists, ministers, CEOs and heads of NGOs will gather for a week of activities. He is scheduled to speak at various events including the "Borlaug Dialogue", a symposium which organizers say brings together 1,200 people from 65 countries, named after Norman Borlaug, the 1970 winner of the Nobel Peace Prize who conceived the idea of the World Food Prize.

Adesina said he doesn't seek the spotlight: "You know you never work for recognition. I was just doing by job, which is to improve the lives of farmers," he said. "But it's such a great honor for that work to be recognized for the impact it's having across the world". 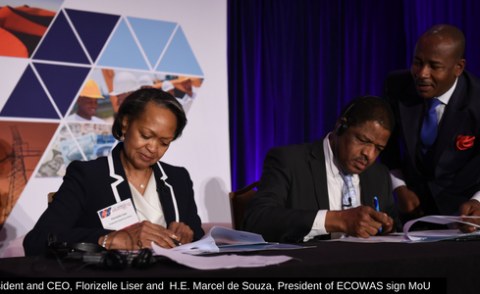 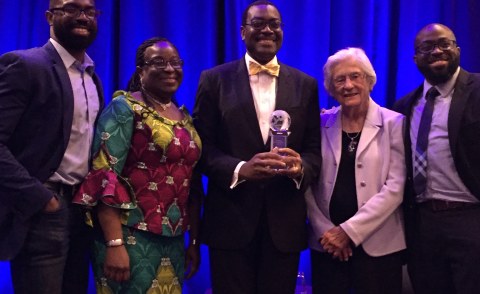 AfDB President Awarded for his Efforts to End Childhood Hunger 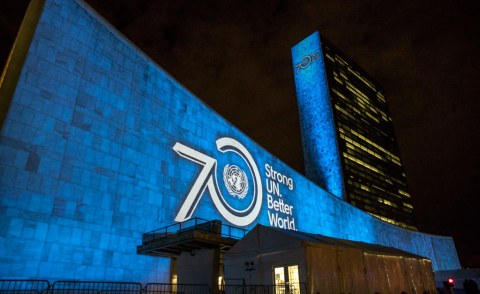 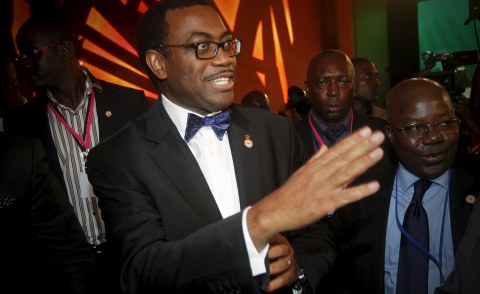 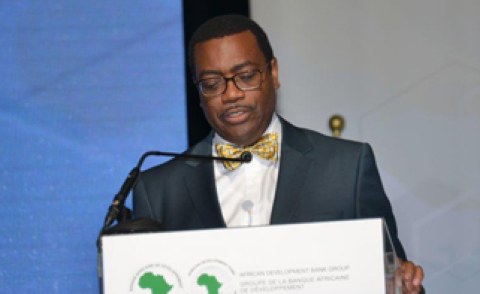 Adesina Assumes Office As 8th President of the AfDB
Tagged:
Copyright © 2017 allAfrica.com. All rights reserved. Distributed by AllAfrica Global Media (allAfrica.com). To contact the copyright holder directly for corrections — or for permission to republish or make other authorized use of this material, click here.