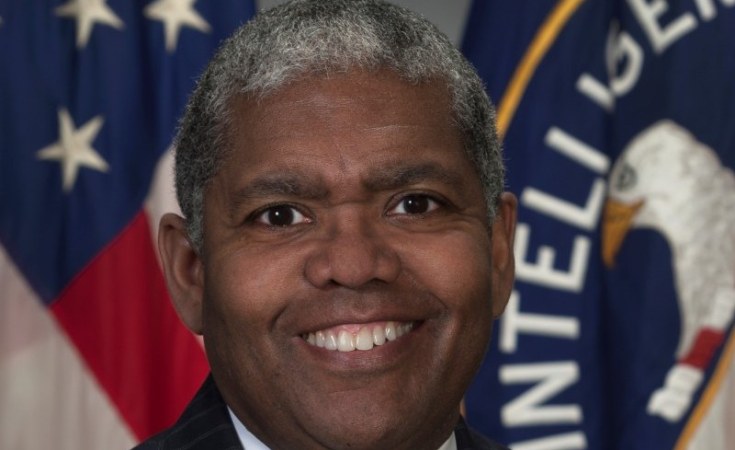 After two abandoned attempts to fill the highest Africa position in the White House, the Trump team is considering a career intelligence officer.

On April 1, AllAfrica was the first to report the choice of Air Force veteran and former Pentagon Africa counter-terrorism director Rudolf Atallah for the NSC Africa job. Buzz Feed, which wrote about the Atallah selection 12 days later,  reported on June 23  that the offer to Atallah had been "yanked" – after he had been introduced at an 'all-hands' NSC meeting and had been actively working on African issues for the administration.

No reason has been advanced for the reversal on Atallah, who was the second person named to direct Africa at NSC. The first, Robin Townley, was blocked from taking the job after his security clearance reportedly was rejected by the CIA.

Among the positions Sartor has held, according to a brief biography posted online by the Aspen Security Forum in July 2016, are serving as briefer for two National Security Advisors and as acting intelligence officer for Africa at the National Intelligence Council (NIC), which produces strategic forecasts for the U.S. government. The bio says he earned an MA in African History from Boston University in 1984.

Sartor is among the small group of African Americans at senior level in the intelligence community. No official government biography is available online.

The information posted by Aspen accompanied Sartor's participation in a public panel on terrorism in Africa at the Aspen forum in July 2016, a relatively rare appearance by an intelligence analyst. "It feels a little weird for a CIA officer to be live streaming on YouTube," Sartor joked, as he began his prepared remarks.

Watch the panel: 'Africa: The Next Hotbed of Terrorism?'

"Violent Islamic ideology is a foreign import to sub-Saharan Africa and as such it only thrives where it can co-opt local grievances," Sartor said, citing complaints among nomadic Tuareg people in Mali and "clan frustrations" that spur the insurgency in Somalia.

The socioeconomic roots of popular grievances must be addressed, he told the Forum, adding, "I sincerely believe the international community can defeat terrorism in sub Saharan Africa with a robust mix of long-term development and security assistance." He said defeating terrorism in Africa "will take a long time" – in part because insurgencies typically last "more than a dozen years" and also because the youth population across Africa is growing faster than anywhere else in the world.

Top Africa Job at State Could Have Nominee Soon

Africa director at NSC is one of two high-level Africa jobs that remain unfilled more than five months into the Trump administration. No formal nomination has been put forward to head the Africa Bureau at the State Department, a front-line position tasked with managing U.S. diplomatic relations with the continent.

Africa experts who track policy developments believe a nomination for the senior Africa post at State could be nearing. The choice for Assistant Secretary for European and Eurasian was announced on July 19 – only the third nomination to date for one of the 22 assistant secretary positions in the department.

After several names were discussed within the administration to be nominated as Assistant Secretary of State for Africa, well-connected sources say that J. Peter Pham, director of the Africa Center at the Atlantic Council, is being vetted and that his name could be one of the next submitted by the White House to the Senate for confirmation.

That these key posts remain empty is widely seen as part of the reason for the U.S. response to the 'Compact for Africa' put forward by German Chancellor Angela Merkel at the G20 Summit earlier this month. Riva Levinson, a Republican and a Washington DC-based government relations consultant with extensive African experience, writing in The Hill, labeled as "utterly tone-deaf" President Trump's decision to leave the Summit during the session on 'Partnership with Africa, Migration and Health', the focus of which was "the well-being of Africa's 1.6 billion people." His daughter and advisor, Ivanka Trump, took his place at the table with the Summit principals, primarily heads of state and of international organizations,

Grant T. Harris, who was senior director for African Affairs in the Obama White House, sees 'de-prioritization' of Africa by the Trump administration as creating an opening In Africa for other powers. "Chinese leaders must be salivating" - the country now takes in $50 billion a year or more from African investments, he wrote in The Hill. "North Korea has sold weapons to African countries, in violation of UN sanctions, to fund its weapons of mass destruction programs, and Russia is looking to Africa to hedge against U.S. sanctions," he wrote.

Peter Pham, the presumed nominee to head the Africa Bureau at the State Department,  is a prolific author of analytical essays and books whose work has focused on African security issues. He prepared a strategy paper published by the Council and submitted to the Trump transition team in December, which advocated - among other recommendations -reassigning four north African nations (Libya, Tunisia, Algeria and Morocco) to the Africa Bureau at the State Department, where they currently fall under the Bureau of of Near Eastern Affairs. This reorganization took place at the NSC soon after Trump assumed office.

In a blog he wrote in January, Pham gave this assessment of how the U.S. needs to respond to the proposed German 'Marshall Plan' for Africa. "If the United States is to pursue a foreign policy of America First, then there is a lot of catching up to be done in bringing the public and private sectors together to forge a robust US approach to the new Africa, whose rising geopolitical importance and burgeoning economic dynamism ought to make it a strategic priority in the new administration."

More from AllAfrica on Trump Africa policy and team 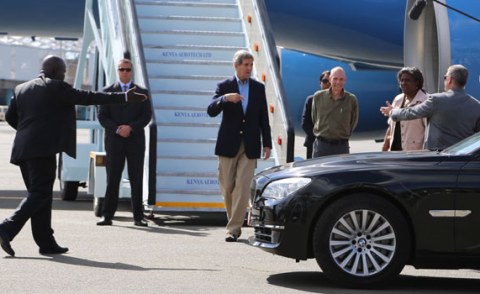 Senior U.S. State Department Official Optimistic About Africa
Tagged:
Copyright © 2017 allAfrica.com. All rights reserved. Distributed by AllAfrica Global Media (allAfrica.com). To contact the copyright holder directly for corrections — or for permission to republish or make other authorized use of this material, click here.