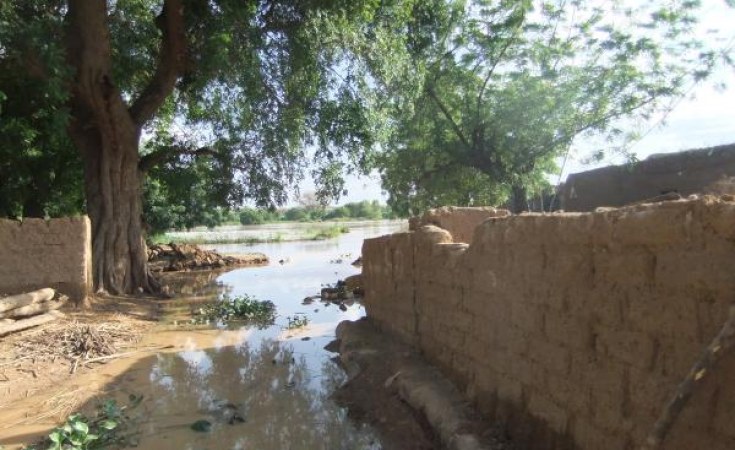 After last week's catastrophes in Maradi and Zinder, which left seven people dead and more than a thousand affected, torrential rains in the capital Niamey on Saturday destroyed several houses. More than 400 houses collapsed in the village of Gaba Goura after early morning rains. The 118 mm of rainfall left Gaba Goura, one of the oldest districts around the capital, flooded - leaving residents with nothing.

The chief of Gaba Goura, Hadamou Souley, says 80% of his small village is affected. He says from the first sign of the flooding, villagers evacuated their clay houses. Souley says more than 500 families are currently homeless and are temporararily stationed next to the national road.

The schools in the area, though currently on holidays, cannot accommodate everyone, and are scheduled to resume on September 15 so there is an enormous sense of urgency.

The mayor sent an urgent appeal to authorities and NGOs for assistance with housing material and food. At the military training center in Tondibiah, near the disaster-stricken village, firefighters and new recruits spent all day draining water from their barracks.

Authorities have already brought in first aid but the full extent of the damage is still to be assessed.

Translated from RFI by Michael Tantoh