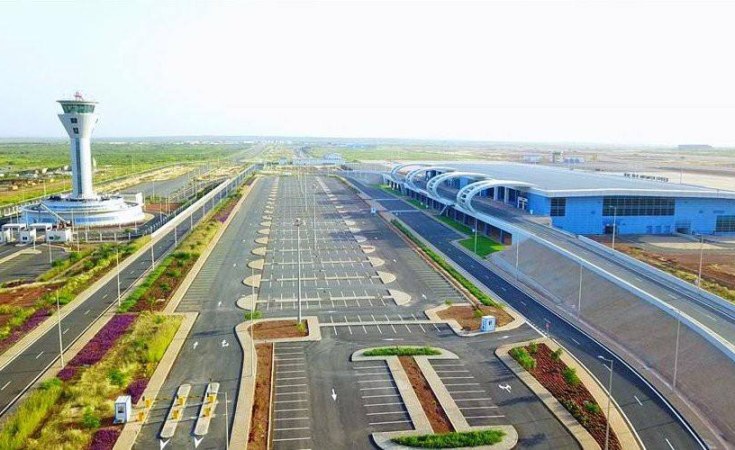 "Together, let's open up the skies of Africa, and together let's integrate Africa. By so doing, we will build stronger and more resilient economies." - Akinwumi Adesina, President of the African Development Bank

The African Development Bank (AfDB) has called on African countries to implement the 1999 Yamoussoukro agreement for open skies.

While 20 countries have signed on, the 27-year old accord still faces implementation challenges, Akinwumi Adesina, President of the AfDB said Tuesday at the opening ceremony of the third ICAO World Aviation Forum in Abuja.

The Bank President also emphasized the Bank's strong support for Nigeria and expressed confidence in the ability of Nigeria to deliver on its policy commitments.

"The hosting of this global forum here in Abuja is a clear mark of confidence in Nigeria. Let me use this opportunity to commend you and the government on the Economic Recovery and Growth Program, to build a more resilient economy," Adesina said.

The Bank President also commended the Government of Nigeria for its efforts to improve the state of aviation in Nigeria. The aviation sector plays an important in opening up doors to investors, he added.

Air transport promotes trade, investments and tourism, and boosts economic growth. Today, Africa's aviation industry adds US $73 billion to the continent's annual GDP and employs about 7 million people - an average 130,000 people per country in Africa, according to the Bank President.

"That's the good news," he said, adding that regrettably Africa's aviation growth is held back by very restrictive regulatory environments which limit market size, profitability, and drive up costs. 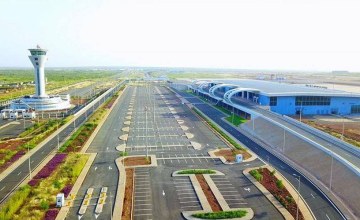 AfDB Commits to the Development of Africa's Aviation Industry

The recent opening of Senegal's 525 million euro International Blaise Diagne Airport (AIBD) marks another milestone in a year that has seen the African Development Bank (AfDB) making major investments and forming new partnerships to develop Africa's air transportation, a strategic component of the Bank's High 5 agenda to integrate Africa. Senegal's new airport was co-financed by AfDB and 3 million passengers are expected to go through the airport annually. AfDB has invested close to US $1 billion over the past decade in the construction and expansion of airport terminals, as well as aviation safety and aircraft financing. More on AfDB in this BRIEFING.

"Aircraft departure fees alone in Africa are 30% above the global average, while taxes, fees and charges are 8% higher. Given lower per capita incomes in Africa, high fares essentially tax the poor out of the air! We may have an open sky policy, but then end up with empty skies!"

"Modern and cheaper technologies such as the satellite based air navigation services now preclude the need for ground infrastructure, and make it possible to serve remote areas with radars. We must also develop within Africa, aircraft maintenance services and strengthen regional and sub-regional aviation safety agencies," he noted.

The AfDB has invested $20 billion in infrastructure over the past 10 years, with over $1 billion in the aviation sector. The Bank's investments include building modern airports and terminal extensions in Senegal, Morocco, Kenya, Ghana, Egypt, Cabo Verde and improving airport navigation systems in the Democratic Republic of Congo.

Adesina congratulated Nigeria on the International Civil Aviation Organization (ICAO) certification of two airports in Abuja and Lagos as a consequence of meeting global standards, noting that the feat makes Nigeria the only country with two ICAO-certified airports in West and Central Africa.

The objective of the Bank is to support the ICAO safety and security standards certification of 20 African airports by 2019, Adesina said.

The African Development Bank will soon be going to its Board with a new aviation sector framework to support the revitalization of the aviation industry in Africa, he said.

The Bank, Adesina explained, is working with other partners on establishing facilities to de-risk financing for aircraft acquisition, upgrading of airports, expansion of regional navigational and air safety, and deregulation of the aviation industry to be more competitive and efficient.

The African Development Bank (AfDB) is partnering with the Nigerian Government, the African Union Commission (AUC), and the New Partnership for Africa's Development (NEPAD) Agency to co-host the third ICAO World Aviation Forum from November 20-22 in Abuja, Nigeria.