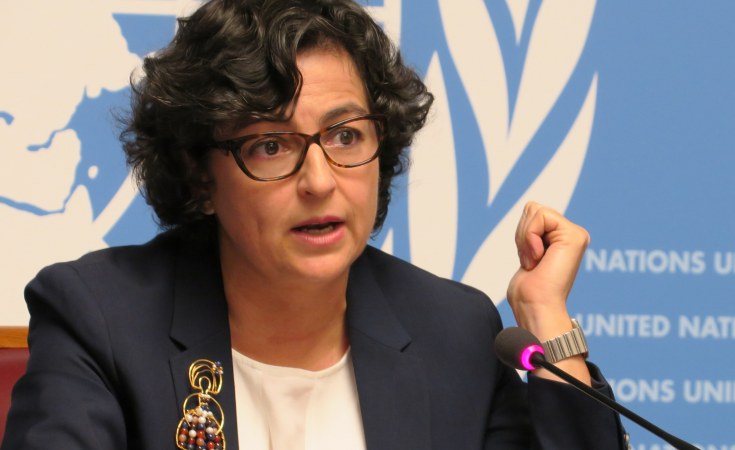 Geneva — A project recently launched in Lesotho looks at getting young people to work in agro-processing, boosting food production in a country which – surrounded by South Africa – has for an eternity depended on importing essentials.

The Geneva-based International Trade Centre (ITC) has facilitated the development of a brand new horticultural market centre in the capital, Maseru. It will allow those in the business to better preserve their fruits and vegetables and receive prompt payment for their products.

The venture advances better farming, marketing of agri-products and stakeholder access to finance whilst advancing commercial activity in Lesotho.

The country is one of the world's Least Developed Nations. The mountain kingdom, with a size of 30,000 square kilometers, is about three-quarters the size of Switzerland and supports a population of 2.2 million.

Prime Minister Thabane said that the development of the market centre is in line with Lesotho's economic policy to expand its productive capacity and diversify its export products and markets.

"The development is also a quest by the government to accelerate job creation and poverty reduction in general, particularly among the youth and women," said Thabane.

ITC executive director Arancha González said at its opening: "Ownership at the country level, government level and farmers' level is imperative to make this initiative accessible and have an impact."

González was excited about the scheme when she spoke to AllAfrica about how this agro-processing scheme is going to reap multiplier benefits to Lesotho, which has so long been dependent on its big neighbour.

"The scheme is going to be a win-win for both Lesotho and South Africa, stimulating the local food market and employment," said the ITC head.

Gonzalez knows about trade, big and small. She served as chief of staff at the World Trade Organization for eight years before joining the ITC, a joint development agency of the WTO and the United Nations, in 2013.

She said, "We must show young people especially that agriculture is an income-generating occupation that is worth investing in.

"We must seize all opportunities for value addition: in industry, in services and in agriculture."

In all, 115 greenhouses have been provided to smallholder farmers in four districts – Mafeteng, Maseru, Berea and Leribe – which are all close to South Africa's Free State province.

The Lesotho Productivity and Trade Development Project was funded under the Enhanced Integrated Framework for an amount of U.S.$ 2.74 million and implemented over four years.

Farmers can now drop off produce at the centre for cleaning, packing and cold storage. Upon delivery, they receive payment in cash or through bank transfer when possible.

The centre then sells the produce that included the likes of tomatoes, spinach, cucumbers and peaches to hotels and supermarkets in Lesotho.

This initiative marks an important step in helping producers work towards their goal of exporting to the Southern African Development Community (SADC) region and beyond.

The centre is also equipped with up-to-date facilities enabling it to provide smallholder farmers in Lesotho with services. Encouraging farmers to receive payments through bank transfer helps build their credit history, improving their access to finance.

González said the results from the project have enhanced the potential for the initiative to boost Lesotho's productive capacity in the production of fresh vegetables in targeted agriculture sectors.

The ITC also believes that the introduction of greenhouse technology enhances produce quality, reduces the risk of production losses and facilitates market access.