Africa: Are Migrants Handing the World Cup to France? 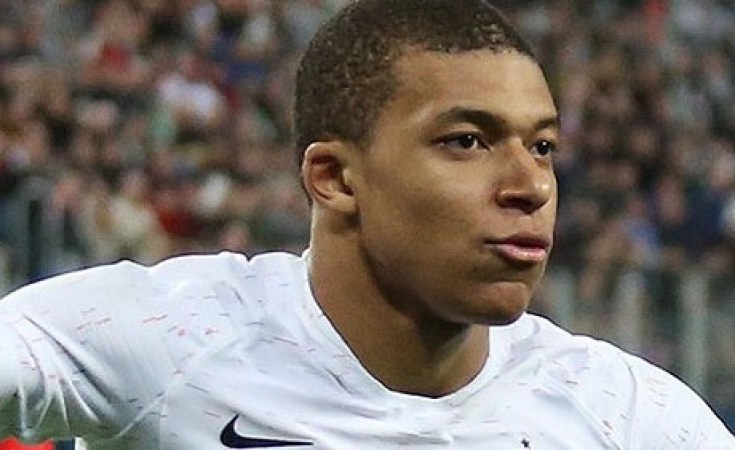 Кирилл Венедиктов
Kylian Mbappe celebrating scoring a goal for France in a pre-World Cup match in March 2018. His mother is from Algeria and his father from Cameroon.
allAfrica.com
analysis By Michael Tantoh

Les Bleus have progressed to the final of the World Cup tournament and are set to meet Croatia on Sunday, having triumphed 2-1 over England. A goal from Cameroon-born French defender Samuel Umtiti was all they needed to overcome a solid Belgian team.

But African fans are divided over the French player line-up.

The team is made up almost entirely of players of African descent, and fans have made their sentiments clear on social media. On the one hand, those who can be considered Pan-Africanists seem displeased by the fact that African players chose the French national team over their countries of origin.

They believe these players should have brought these talents to their various national squads to improve the quality of African football and maybe give Africans hope of one day lifting the World Cup trophy.

Social media comments like "So France imports everything including players ... meaning finally France Na new Africa now," came from Chunka on Facebook. Others like Wolloman wrote "France is Africa United".

But many fans are simply happy that "African" compatriots are proving themselves in the world showpiece. "Go les Bleus" was their attitude.  Pheliswa Somciza-Zibi on Facebook said, "The French our people", and Gcobisa Baliso added: "Mabamele icontinent nangoku apho bakhoyo", translated as they are representing the continent.

Below are the French/African players and their origin.

Presnel Kimpembe was born on the August 13, 1995, has a Congolese father and plays as a defender for Paris Saint-Germain and the French national team.

Samuel Umtiti born November 14, 1993 in Yaounde Cameroon plays as a centre-back for Spanish club Barcelona and the French national team.

Paul Pogba was born in Lagny-sur-Marne France to migrant parents from Guinea and plies his trade with English giants Manchester United.

Kylian Mbappé Lottin born on December 20, 1998 in Bondy France of a Cameroonian father and an Algerian mother, plays for Paris Saint-Germain F.C in France and is a forward for the French national team.

Ousmane Dembélé born on May 15, 1997 in Venom France of Senegalese and Mauritanian parents, plays his football at FC Barcelona.

Corentin Tolisso born on August 3, 1994 plays for Bayern Munich and the French national team and could have represented the Togolese national team.

N'Golo Kanté is a defensive midfielder for English club Chelsea and the French national team, and is of Malian origin.

Blaise Matuidi plays for Juventus and the French national team as a central midfielder and has a Congolese mother and an Angolan father.

Steven N'Kemboanza Mike Nzonzi plays as a defensive midfielder for Spanish club Sevilla and the French national team and has a Congolese heritage.

Steve Mandanda Mpidi, Marseille and the French national team goalkeeper was born on the March 28, 1985 in Kinshasa, DR Congo.

Nabil Fekir plays attacking midfield for French side Lyon and is of Algerian origin.

Djibril Sidibé plays full back for Monaco and the National team. Born on the July 29,1992 Troyes, France, he has Malian roots.

Thomas Lemar plays for Monaco and the French national team. Born on the November 12, 1995 in Baie-Mahault, Guadeloupe, of a Nigerian father and a Guadeloupian mother.

Adil Rami plays as a central defender for French club Marseille and the French national team. He was born on the December 27, 1985 in Bastia, France of Algerian parents and is engaged to actress Pamela Anderson.

That notwithstanding, the stage is set for a great football spectacle come Sunday 15th July. Enjoy and may the best team win.

Previous Story
Next Story
Whose World Cup Victory Is It Anyway, Africa or France?

Whose World Cup Victory Is It Anyway, Africa or France?