Nigeria: Who Will Emerge as Opposition Presidential Challenger? 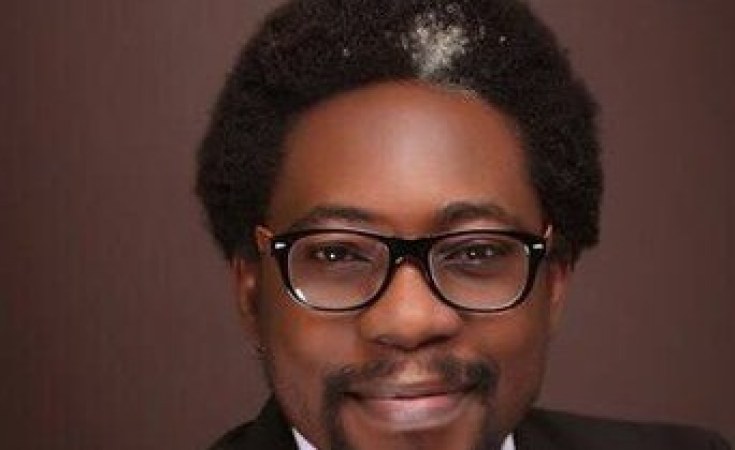 Lagos — There has never been a time in the history of her fragile democracy when Nigeria has needed true leadership more than now. As aspirants vie for the presidency, a few factors have become critical in determining the result.

One is the soundness of mind and body associated with the capacity to perform the duties of president. Nigerians have seen how this has played a significant role in the current administration. The incumbent is believed to have spent an accumulated 350 days abroad for medical treatment out of the 740 days since his swearing in. This is an unfortunate precedent that may critically influence the perception of older candidates in the future.

A clear understanding of Nigeria’s economic dynamics is a second factor. The days of leaders seeking international aid instead of trade are gone. A candidate’s exposure to global politics will play a major role. Nigeria is in a vulnerable state after years of outdated policies. The people want to see effective actions that match their leader’s articulated policies and promises. They value work and salaries over GDP figures. They want real growth from the bottom up.

For many Nigerians, three years under a ‘Change Regime’ have been painful. Economic policies have led to businesses shutting down and a decline of venture capital. But providing basic health care, addressing housing needs and making infrastructure improvements could unlock job-creating potential through soft-skills development and technological innovation.

So in such a consequential election, who appear to be the front runners?

The 56-year-old Senate President Dr. Abubakar Olubukola Saraki is a formidable politician and former governor of Kwara state, under the People’s Democratic Party (PDP), from 2003 - 2011. He was elected to the Senate in 2011 from the Kwara central senatorial district and re-elected in 2015 as a candidate of the All Progressives Congress (APC). Legislation passed during the 8th Assembly, and his ability to elicit support from unexpected places, suggest that he could become a unifier.

Saraki is from the middle belt [central Nigeria] and has been careful to avoid any expression of ethnic or religious bias, which have been fanned to stir enmity – and which have become part of a sociopolitical norm in the north/south political ideology of the country. This may be one of his strongest points against the incumbent.

Most challengers are assumed to have little chance in the core northern areas, dominated by President Buhari. Thus, a successful candidate may need to obtain at least 30 percent of votes in the North and North Central areas, as well as possessing an overwhelming appeal in the South West, South East and South South.

The total package of age, messaging, track record, skills, competence and experience - a strong image that attracts foreign investment to Nigeria – positions Saraki as urbane but in tune with vibrations on the streets. If the PDP process this weekend is open and transparent, the trained physician – whose focus on delivering health care to all Nigerians is widely popular – could emerge as the nominee.

Another strong contender is 71-year-old former vice president, Atiku Abubakar, a recurring candidate since 1999, through three different political parties. He lost a bid to best Buhari in the primaries of the current ruling APC. Atiku advocates regional autonomy, earning him support in the south, and opposes the system of multiple exchange rates.

He faces resistance among the opposition, with former President Olusegun Obasanjo swearing never to to support his former deputy, with whom he quarreled while in office. And he suffers from public reservations stemming from corruption allegations.

But Atiku, as he is widely known, has a formidable political machinery of grassroots support across Nigeria. He favors increasing spending on education and preparing Nigeria for an existence beyond a dependency on oil – both popular positions with voters.

Another prospect is 49-year-old Dr. Yusuf Datti Baba-Ahmed from Kaduna state. The Pro-Chancellor of Baze University is blunt on issues of security, education and governance. He holds two master’s degrees and a PhD, attending London Business School, Harvard Kennedy School of Government and Harvard Business School, and is currently a senator.

He relates to older and younger generations, occupying a middle ground between the old era of Nigerian politics and the era that is emerging. But that strength can be limiting, opening him to charges of elitism, and he is little known in many areas. Although he is free of accusations of corruption and mis-governance which have so embittered a younger generation of political activists, there is a question whether the PDP would choke new entrants, like him, from real opportunities to win nomination.

Rabiu Kwakwanso, age 61, was elected APC senator in 2015. He was Nigeria’s defense minister and was twice governor of populous Kano state under the PDP. He joined the APC but defected in July 2018 to rejoin the PDP. He has built a base for himself with his Kwankasiyya Fix Nigeria movement and poses a potential threat to Buhari’s political fortune in the region. He may however, be a tough sell in the southern part of the country.

A foreign minister from 1999 to 2003 and former PDP governor of Jigawa State, 70-year-old Alhaji Sule Lamido is another force, for his fidelity to the party and his recognized ethic and religious tolerance. He is one of the most respected PDP leaders and has run successful campaigns with large followings.

His perceived weakness - even though he could be a critical vote splitter in the north, prying support from Buhari – is that he is seen as an easy target for the current administration, based on being accused of corruption and inciting political turmoil.

As the 52-year-old former governor of Sokoto under the APC, Aminu Tambuwal is a contender with many fans and an easy-going approachable manner. He was speaker of the House of Representatives from 2011-2015 and one of the three APC governors that defected to the PDP in July.

Sokoto is home to Sultan Abubakar III of Sokoto, a spiritual leader of the country’s Muslims, and his influence there positions him as a candidate who can siphon votes from the incumbent. The continued detention on corruption charges of former national security adviser Sambo Dasuki, a member of the Sokoto royal family, in defiance of several court orders to free him on bail, enhances Tambuwal’s ability to challenge Buhari.

There is a spectrum of definitions for the term Leadership, among which is the art of giving people a platform for spreading ideas that work. Unfortunately, in Nigeria, the understanding of leadership has been compromised by our complicated and dysfunctional political system.

In its true form, leadership is progressive and incorporates citizenry across all sectors of our national economy. We must learn to measure our economy not by how well those annexed to the power circle are doing but on how equitably prosperity is distributed among the people.

Leadership is about making others better as a result of your presence and making sure that impact lasts in your absence – about advancing the team towards the achievement of a bigger goal. The team should be not just a constellation of talents and competencies that merely work together but one that trusts each other and works harmoniously towards a set common goal.

Nigeria needs a healer who can create an enabling environment for all to thrive before the law, if Nigeria can progress as a republic.

Segun ‘Sega’ Awosanya @segalink is a realtor focused on land law and a civil rights and institutional reforms advocate and consultant. He has been recognized for leadership in  a campaign against police brutality, #EndSARS.

Twenty Parties Name Their Candidates for Nigerian Elections
Tagged:
Copyright © 2018 allAfrica.com. All rights reserved. Distributed by AllAfrica Global Media (allAfrica.com). To contact the copyright holder directly for corrections — or for permission to republish or make other authorized use of this material, click here.