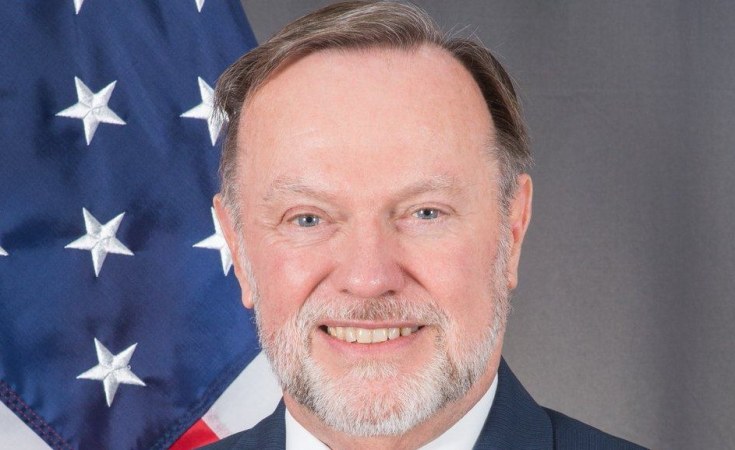 The American administration's top diplomat for African affairs, Assistant Secretary of State Tibor P Nagy, Jr, will soon make his first trip to the continent since his appointment. Between November 1 and 10, he will visit Lomé, Togo; Conakry, Guinea; Bamako, Mali; and Abuja, Nigeria. This week he held a teleconference from Washington, DC with African journalists  Edited excerpts:

"....[E]verybody knows that the population of Africa is going to double by 2050. It's going to be an incredibly young continent, and these young people will represent either a tremendous opportunity to have maybe the most dynamic, economically progressive continent in the history of earth, or - if governments really do not make any progress in democracy, human rights, opening up economic opportunities - then we may have a continent of extremely, extremely upset, distraught young people that will be very much vulnerable to radicalization, and the continent will be unstable."

On U.S. development assistance to Ethiopia:

"Let me tell you a clear fact: No amount of development assistance is going to actually move a country from developing to developed, from low income to middle income. What moves countries towards prosperity is direct foreign investment, meaning businesses from around the world will invest in that country. China did not even have a Ministry of Development when it went from a fairly poor country to a fairly wealthy one.

"The way to make Africa prosperous is to put in place a kind of environment which will attract a massive, massive amount of foreign investment, which is sitting out there around the world looking for a place to invest. The new government in Ethiopia has been extremely promising in that regard. You would not believe the amount of interest of companies that now are seriously looking at Ethiopia and want to invest there.

"Another thing about foreign development assistance. Foreign development assistance does not create jobs. Governments do not create jobs. Governments are wonderful at spending money; they're not that great at making money. It's the private sector, the businesses, that make money that create jobs that create wealth for a country. That's what's going to create jobs for all the millions and millions of young Africans... I say in many of my remarks that we all know that young Africans today, through modern technology, know exactly how young people are living other places, and they want exactly the same things in their life that young people want in America or Europe or China or anywhere else.

"So the governments that put in place environments which attract private investment are the ones which are going to meet the opportunities and the optimism that their young people require."

On corruption in Kenya and elsewhere:

"Supporting... democratic institutions is key. The corruption is so endemic in so many countries that it really will require a generational shift to literally wrench it out of the systems. That is one of my biggest hopes with the young people coming up, because I have met so many young people in Africa, everywhere - every single country -  who are just sick and tired of what the older generation, people my age and even older, have been tolerating.

"No amount of programs are going to address and eliminate corruption. It has to be a total cultural change from the leadership to the bureaucrats to the policemen on the street, and on through. It will be through education, it will be honest-to-goodness empowering women, you know, in various societies.

"We can help it along through supporting various NGOs, supporting other types of political opening programs, but at the end of the day that has to be a culture shift which comes from inside Africa's young people, who will just say, 'Enough is enough. We no longer will tolerate it.' ...  I'm really praying that corruption will be less and less of an issue as the young people come in and as women become more empowered."

On whether U.S. policy on South Sudan is one which advocates "regime change":

"[W]hat you talked about – regime change: No. This is true for whatever government is in place, and this really is more for anywhere in the world, or also for elections, because I get this question a lot for elections – you know: 'Who is the U.S. candidate?' And most of the time people assume that it's the opposition.

"Now, the United States is not in regime change, but if the government is in place and it is not serving the interests of its own people, then we will minimize our dealings with that government. That is not to say that we will not do our best to alleviate human suffering, because the United States, as long as we've had relations with Africa, we have been very supportive of humanitarian assistance...

On China's involvement on the continent:

"It's not an issue where I look around and I say, 'Oh, it's Africa's fault that they've opened the door to China, and the Chinese are getting all the contracts and they're building shoddy roads that fall apart and anyone beyond the skill level of turning over a shovel comes from China instead of being hired locally.'

"But the responsibility also lies on the African side to put environments in place which are transparent, which give everybody an equal chance at the contract, where if an investor has a business dispute because the junior brother of the landowner shows up and claims that the factory now belongs to him, that both parties receive equal justice. I think everybody understands what I'm talking about there.

"So it has to be the correct environment to attract investment of the types of investors that deal honestly, openly, transparently, instead of trying to buy their way into contracts and paying off the big men who control licenses and things like that. That's how we will create jobs, that's how we will bring prosperity. So yes, the next time that investors knock on the door I very much want American investors to be there as well."

"I am very much hoping that Zimbabwe has a chance to move forward, because it is one of the countries in Africa, given its very high level of educational achievement, again, quite a good infrastructure base, very entrepreneurial people, which could make dramatic economic progress, based on government providing the appropriate environment to attract investment."