Africa: These Young Africans Were Just Recognised for Making a Difference 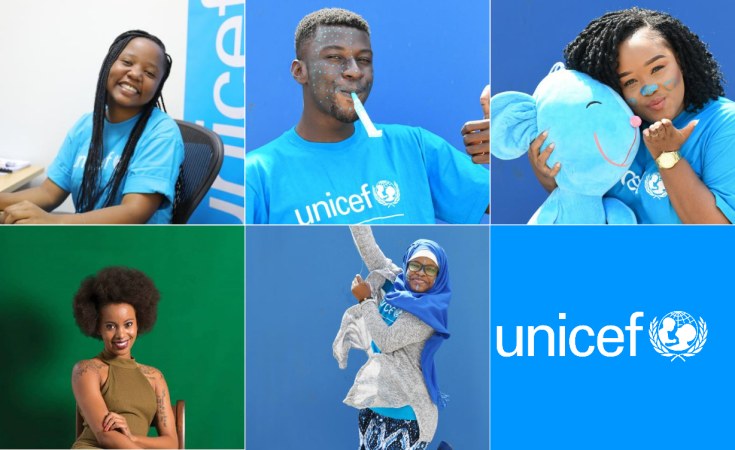 Cape Town — You may know who Millie Bobby Brown is from her role in the American TV series Stranger Things, but do you know who Kherann Yao, Deasy Helena Muzima, Detty Dione Datto, Lebohang Masango and Tchonté Silué are?

You're probably wondering what they all have in common... they are all been named as UNICEF Youth Advocates!

This World Children's Day, under the "Go Blue" theme, UNICEF newest and youngest representatives are encouraging children to speak out about what matters to them.

From raising awareness about issues affecting the environment to helping children read and write, these young Africans are owning their ability to take action to change the world. It is obvious that young people these days are following the adage that one person can make a difference, and contribute towards fighting for children's basic human rights and needs such as freedom, food, water, shelter, and education.

While millions of children in Africa continue to live in complicated conditions because of numerous humanitarian crises, here are the young people making a difference in some of those children's lives on the continent.

Tchonté Silué is the 24-year old founder of Centre Eulis, an educational space that introduces young Ivorians to the world through books, outings, and educational workshops. She opened Centre Eulis in April 2017 to share her passion for reading.

Silué, who has a bachelor's degree in Business Administration from Georgia State University in Atlanta, and a master's degree in Social Entrepreneurship, from Hult International Business School in San Francisco, is passionate about reading, writing, education and traveling.

During her Master's program Silué discovered a passion for education, and just after graduating in 2016, she returned to teach at her former university in Grand-Bassam, she continues to pursue her passion as a kindergarten teacher at the International Bilingual Schools of Africa (IBS).

In September 2017, her blog "Les chroniques de Tchonté" saw her winning the best Ivorian blogger prize at the E-voirblog awards and Centre Eulis recognized at the Adicom Awards in March 2018.

Detty Dione Datto is a professional make-up artist and vlogger who advocates and fights for the rights of children with abilities. Detty launched a digital campaign "zero complex" to raise awareness in her community about the challenges faced by people with disabilities.

Detty has initiated several social actions and fundraising campaigns for non-governmental organizations dedicated to helping children with disabilities. Born with a disability herself, Datto says she wants to help disabled and vulnerable children because she was once there too.

Kherann is 23 years old and an environmentalist, avid U-Reporter, student and founder of Association Environnementale/Green-Ivory.

In an effort to raise awareness about issues and actions affecting the environment, Yao set up a Facebook group called ''Les environnementalistes de Côte d'Ivoire".

Seeing that his initiative drew interest from more young people to take part in the cleaning activities he organizes, Kherann then decided to better structure his initiative by founding Green Ivory.

He works closely with children and regularly organizes awareness-raising workshops in primary schools and has founded the Green Schools project to train the eco-citizens of tomorrow.

The long-term goal of the project is to use environmental clubs in public primary schools to lead a national ecological transition and its pilot phase is currently being deployed in three primary schools in Abidjan.

Deasy Helena Muzima is the president of the largest non-profit youth-run organisation, AIESEC Mozambique. She is responsible for finances, strategic orientation, partnership management, project management, implementation and evaluation. She also oversees training and coaching for young people in the organisation.

The 22-year-old advocate for youth rights, and has been invited to speak on young entrepreneurship and young leadership in several national conferences.

Lebohang Masango is a South African poet, activist and an author of a children's book, Mpumi's Magic Beads. The 28-year-old is one of the 25 young women from Southern Africa selected to be part of the inaugural Zanele Mbeki Fellowship in feminist leadership.

She has also been identified by the Bill and Melinda Gates Foundation as a #Goalkeeper, one of the young people working to realise the United Nation's Sustainable Development Goals.

Established in 1954, the International Children's Day is celebrated annually on November 20th to improve children's welfare and promote awareness among children worldwide. 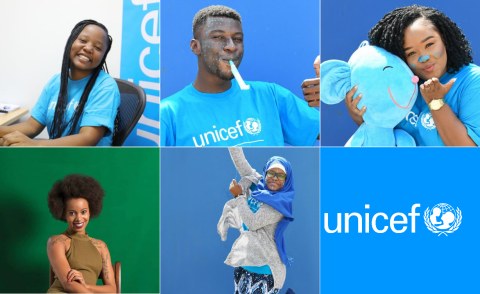 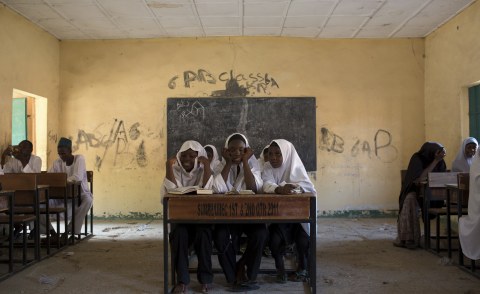 Nigerian Children Worry About Poor Education, Violence, Terrorism
Tagged:
Copyright © 2018 allAfrica.com. All rights reserved. Distributed by AllAfrica Global Media (allAfrica.com). To contact the copyright holder directly for corrections — or for permission to republish or make other authorized use of this material, click here.