Zimbabwe: Meet The Teenagers Making an Aids-Free Zimbabwe a Reality 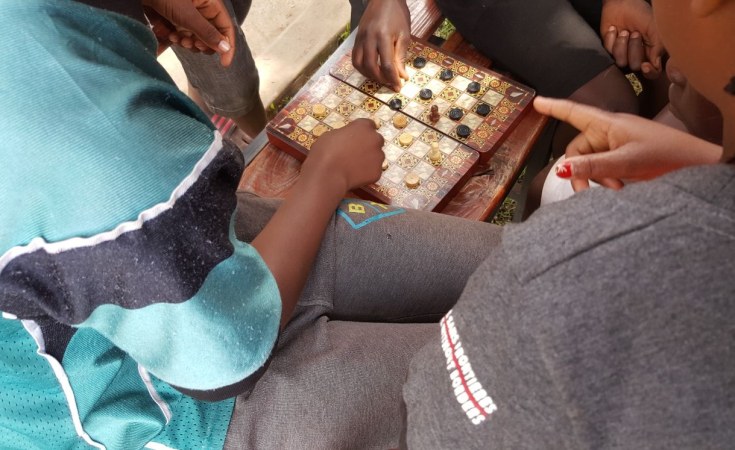 Mbare — An AIDS-free generation once seemed like a far-off dream but with the help of organisations like Medecins Sans Frontiers (MSF) the dream is now becoming a reality. Melody Chironda visited clinics in Mbare, Harare, to take a closer look...

The hard economic times over the past few years in Zimbabwe have compounded the challenges facing young people in urban and rural areas of the country. Jobs are harder to come by as high unemployment rate rises each year. Young people have dropped out of school, and some become addicted to alcohol and drugs.

In 2015, MSF (Doctors Without Borders) partnered with City of Harare health department to start a programme of HIV prevention, treatment, care and support, as well as sharing information on how to prevent unwanted pregnancies, STIs and HIV infection. The adolescent peer-based volunteer project at Edith Opperman Clinic came about after the international organisation saw adolescents in the area were without access to sexual and reproductive health services, especially targeting the 10 to 19 age group.

Doctors Without Borders' main concern was that, without free and access to health services such as contraceptives, condoms, treatment for sexually transmitted infections, the rate of adolescent pregnancy and HIV will increase while knowledge levels on sexual and reproductive health will drop.

The clinic provides treatment for any general diseases and also provides free HIV testing and counselling services. The MSF project, partnering with the Harare City health department to provide services to offer medicines when needed, has four nurses - one man and three women.

But it is the 26 young people to steer the project in the right direction - these peer educators are the ones who go out on the streets and mobilise young people to come and get tested for HIV and, if they test positive, begin and adhere to their treatment.

They work in MSF-defined hot spots like Matapi, Mupedzanhamo and Mukuwisi where children and young adults often work as sex workers.

Mwadana Nyamupaguma, 19, is a peer educator at the Mbare clinic run by MSF. She works in the community to mobilise young people to access Sexual and Reproductive Health (SRH) services. She says her most challenging moments have been when some adolescents did not want to attend the SRH services because talk in the community said that if you go to the clinic to get tested, you will always be HIV+. "We want the adolescents to come to the clinic so that they can have more information and have free education services that we offer to them. Another challenge on why they do not want to come is because there is stigma and discrimination going around in the community."
According to Nyamupaguma, there are misconceptions in the community that if you talk about sex you will be encouraging young people to engage in sexual activities. So the educators want to encourage parents or guardians to become more engaged in the "sex talk", so that their children can learn the dangers and consequences of the pandemic.

22-year-old Yolanda Munyengwa's role is to conduct formal and informal group discussions about adolescent sexual reproductive health in schools and in the community. She helps mobilise Sexual and Reproductive Health campaigns and has one-on-one sessions with peers, completing personal assessments and talking about how to negotiate safer sex. She also teaches condom use - how to store, open, and wear the condom. Munyengwa also refers some adolescents to SRH corner for services at the Edith Opperman clinic and health education session for parents and caregivers.
"We do a lot in the communities as peer educators. We also follow up on those who are on anti-retroviral treatment (ARTs) and that the caregivers are there, making sure that the children are taking their pills correctly. If they see someone of their age attending these sessions, they won't be shy when they are talking to other young people of the same age."

Opal Nyatsime is also a peer leader. She is 19 years old and studying at a cosmetic college. Nyatsime talked about how some adolescents can come with an issue such as a condom breaking. She says most adolescents want to talk with someone who is of the same age. "They feel free to ask whatever they feel. They are free to tell me their secrets, and even tell us how they feel about adults talking about sex as if it something bad, yet they're already indulging in sexual activities. So they're open to us and tell us each and everything and don't hide anything."

MSF peer educators help give adolescents the courage to openly share their experience and get information on how to live a healthy, safer lifestyle. This also offer many benefits to teens who are struggling with stigma and discrimination to copy with the society.

Children and adolescents living with HIV are frequently ill, grieving for their parents and/or guardians and need to come to terms with their own HIV status. This process is often delayed, resulting in psychological challenges. Many adolescents also stop taking the ARTs because of the stigma associated with the HIV and Aids.

Beatrice Madowi, 18, was infected at birth. She is living with her father, and her mother has since died. She is not going to school and helps the household by selling vegetables at Mbare Musika, the Harare market where you can apparently buy anything. She doesn't recall exactly when she started treatment, but she knows that she started when very young.

17-year-old Tonderai Makuwe was only a child when he discovered that he was born with HIV.  He started treatment at the age of nine to control his viral load. Since then, Makuwe has stayed on treatment and is in good health. All of his other four siblings tested negative. He is currently in Form Two at a school in Waterfalls, Harare.

Many parents these days think they know what is happening with their children but the reality is that many adolescents are sexually active as early as 12 years, and without using protection, according to MSF Nurse mentor Sharon Mabaye. Under the Zimbabwean law, the age of consent for sexual intercourse is 16. "Society still believe that it is a "taboo" to have the sex talk with their children. Parents face the dilemma whether to provide condoms or talk about sex - with many against the idea saying it would encourage teens to engage in sexual activities at a younger age", said Mabaye.

According to Mabaye, most adolescents face challenges due to non-disclosure of HIV status by parents. Some adolescents discover when they are sick or when they are already in a relationship that they are HIV-positive. MSF peer educators encourage them to stick to their treatment.

MSF has also partnered with many NGOs, help groups such as House of Smiles, City of Harare, National AIDS Council, Marie Stopes, SAfAIDS mission including others, to help put an end to the HIV/Aids crisis.

According to United Nations International Children's Emergency Fund which released a report to mark World AIDS Day on December 1, 2018, Aids kills at least 76 adolescents around the world every day, and some 360,000 will die by 2030 unless "urgent" action is taken.

Medicins Sans Frontières is an private organisation providing medical aid where it's needed most and delivers emergency aid to people affected by armed conflict, epidemics, natural disasters and exclusion from healthcare. Find out more about MSF's work in Zimbabwe.