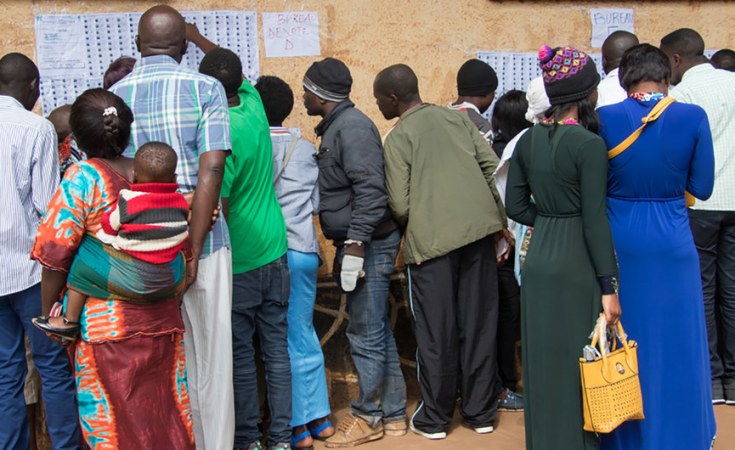 MONUSCO/Alain Likota
Voters look for their names in the lists during Presidential and Legislative elections in in the Democratic Republic of the Congo (30 December 2018).
allAfrica.com

Cape Town — The Congolese People's Organisation in South Africa fears that chaos could erupt in the Democratic Republic of Congo after the country's electoral commission declared  opposition leader Felix Tshisekedi the winner.

The SABC reports that the organisation says there are suspicions of a deal between former president Joseph Kabila and Tshisekedi, the provisional winner of the contentious December presidential election.

The other main opposition candidate, Martin Fayulu – who was tipped as the favourite in pre-election opinion polls – came second.

News24 is quoting AFP as saying that Fayulu has denounced the results as an "electoral coup".

"These results have nothing to do with the truth at the ballot box," Fayulu is said to have told Radio France International. "It's a real electoral coup, it's incomprehensible."

VOA reports that Fayulu and ruling party candidate Emmanuel Ramazani Shadary can contest the results before the country's constitutional court, which has 10 days to hear and rule on any challenges.

2018 Elections - An Analysis of Implausible Results