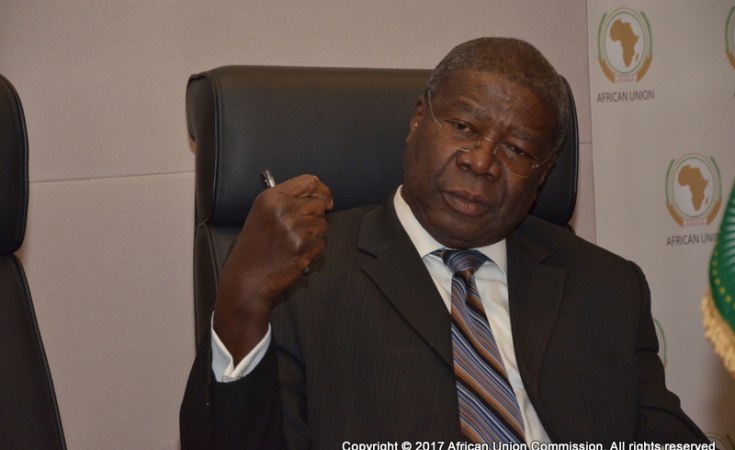 In an exclusive report, writer Simon Allison says that Thomas Kwesi-Quartey has sent a letter to Ghanaian President Nana Akufo-Addo, "revealing deep divisions within the senior leadership of the AU and shedding more light on previous reports of nepotism and sexual harassment".

In the November 6, 2018 letter, seen by the Mail & Guardian, Kwesi-Quartey says that the chairperson had gone over his head to appoint an "old crony" as AU Ambassador to Brussels.

Ahmat Awad Sakine, a Chadian diplomat, was appointed as the AU's permanent representative to the European Union in September 2017.

The Mail & Guardian says that the authenticity of the letter was initially confirmed by Kwesi-Quartey's spokesperson, Doreen Appolus. But in a text message several hours later, she retracted the confirmation. AU commission chair Faki declined to comment.

The 32nd AU Summit is currently under way in Addis Ababa, with heads of state due to meet on February 10 and 11.

In his letter, Kwesi-Quartey also confirmed that he was aware of sexual harassment and gender discrimination within the commission.

The 34th Ordinary Session of AU Executive Council Kicks Off

Egyptian President Al-Sisi Takes Over as AU Chairperson
Tagged:
Copyright © 2019 allAfrica.com. All rights reserved. Distributed by AllAfrica Global Media (allAfrica.com). To contact the copyright holder directly for corrections — or for permission to republish or make other authorized use of this material, click here.