South Africa: I'm Walking Away Before I Die - Babes Wodumo 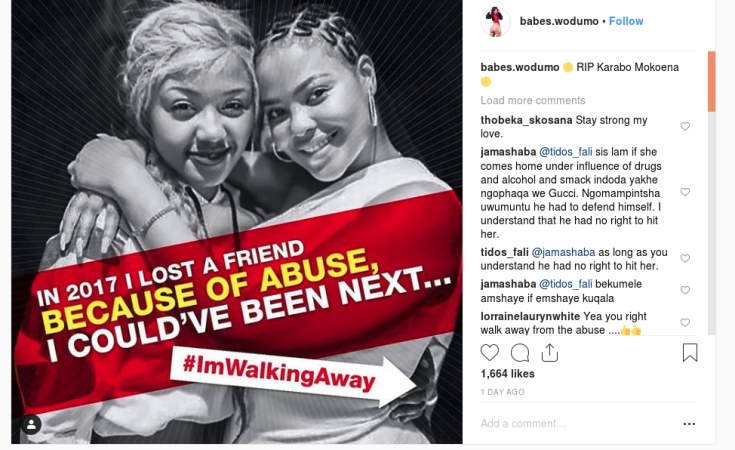 Babes Wodumo/Instagram
Babes Wodumo posted a photo of herself and late friend Karabo Mokoena who was killed by her boyfriend in 2017
allAfrica.com
By Melody Chironda

Cape Town — Enough is enough - Bongekile Simelane, popularly known as Babes Wodumo, has revealed that she no longer wants to stay in an abusive relationship with Mampintsha.

The popular singer spoke up after a video showing her boyfriend Mandla Maphumulo, known as Mampintsha, allegedly assaulting her in the early hours of Monday. Her cries could be heard in the video.

The video went viral, then fans and fellow artists took to social media to slam Mampintsha.

But Mampintsha claimed that it was self-defence and he then countered Wodumo's claims, saying she is the one who had been abusing him over the years they have been together. He was released on R2,000 bail.

Now Babes Wodumo says she doesn't want to be the next victim.

She posted on Instagram a photo of herself and late friend Karabo Mokoena who was killed by her boyfriend Sandile Mantsoe in 2017, with the caption:

This is not the first time Mampintsha has been accused of assaulting her.

Last year, the country was shocked when Babes Wodumo, faced questions from a Metro FM presenter about physical abuse in their relationship. Masechaba claimed that she had a friend who had said that she had taken Wodumo in when Mampintsha allegedly punched her in the face and broke her leg.

Mampintsha then went on the defensive - he went on Metro FM where he denied beating Wodumo. Mampintsha told the listeners that his name was "dragged and disrespected".

The case has been postponed to May 15.

Previous Story
Mampintsha Says 'I'm Sorry' to Babes Wodumo and Her Family, but Will He Plead Guilty?
Next Story
Babes and Mampintsha, Who Wins When We Fight Words With Blows to the Head?

Mampintsha Says 'I'm Sorry' to Babes Wodumo and Her Family, but Will He Plead Guilty?

Babes and Mampintsha, Who Wins When We Fight Words With Blows to the Head? 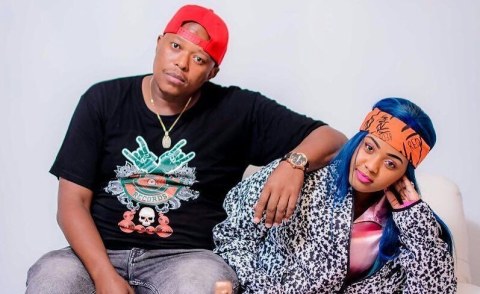 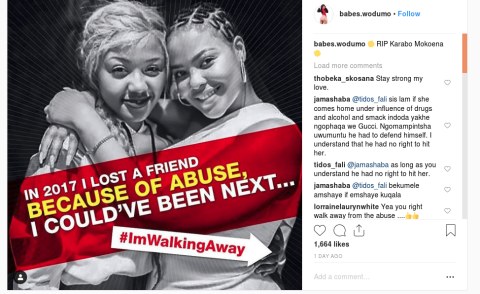 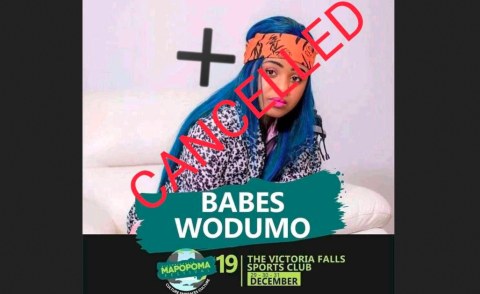 Zimbabwean Festival Drops Babes Wodumo Over Xenophobic Rant
Tagged:
Copyright © 2019 allAfrica.com. All rights reserved. Distributed by AllAfrica Global Media (allAfrica.com). To contact the copyright holder directly for corrections — or for permission to republish or make other authorized use of this material, click here.