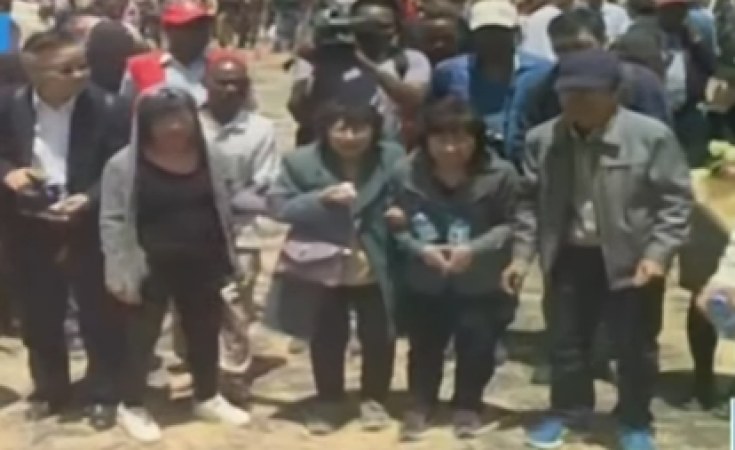 The families of the 157 people who died in the Ethiopian Airlines plane crash on Sunday may sue the aircraft manufacturer, Boeing and its insurers, for compensation to the tune of U.S.$2.5 million per person, Nigeria's Guardian newspaper reports.

The chances of lawsuits increased when the United States Federal Aviation Administration admitted similarities between Sunday’s crash and a previous one in Asia, about five months ago.

The connection, if fully established in the ongoing investigation, would make Boeing liable to claims of faulty planes.

The American government has grounded the B737 MAX 8 and 9 airplanes. To date, over 41 countries, including Nigeria, have banned the aircraft from their airspaces.

Meanwhile, the Guardian reports. the University of Ibadan community has staged a walk in honour of one of the victims of the Ethiopian Airlines’ plane crash, Pius Adesanmi.

Deans of faculties, heads of departments and other professors participated in the walk from the university main gate to the Faculty of Arts and Humanities.

Former Dean, Faculty of Arts, Professor Remi Raji-Oyelade, said Adesanmi was a driving spirit for many academic achievements in the institution.

He told of his last conversation with Adesanmi, concluding that the crash victim had the feeling of his imminent death. “We had been talking for the past three weeks and Pius kept mentioning death. I believe he saw his death coming.”

Raji-Oyelade said that the nation should take solace in the legacy and immense contribution of Adesanmi to the development of literature, Africa and humanity.

The Dean of the Faculty of Arts, Professor Ademola Dasylva, said he had been invited for the same conference. He said he and Adesanmi had stayed in the same hotel until the time of his departure, adding that while he was assigned to stay in Addis-Ababa, Ethiopia, Adesanmi left for Kenya.

Dasylva said Adesanmi’s contribution to the war against mediocrity in Nigeria would not be in vain.

The chief organiser of the walk, Ropu Ewenla, said rather than mourn Adesanmi, Nigerians should celebrate him for his well-lived life.

Kenya Going Ahead With Boeing Air Max Despite Ethiopia Crash
Tagged:
Copyright © 2019 allAfrica.com. All rights reserved. Distributed by AllAfrica Global Media (allAfrica.com). To contact the copyright holder directly for corrections — or for permission to republish or make other authorized use of this material, click here.