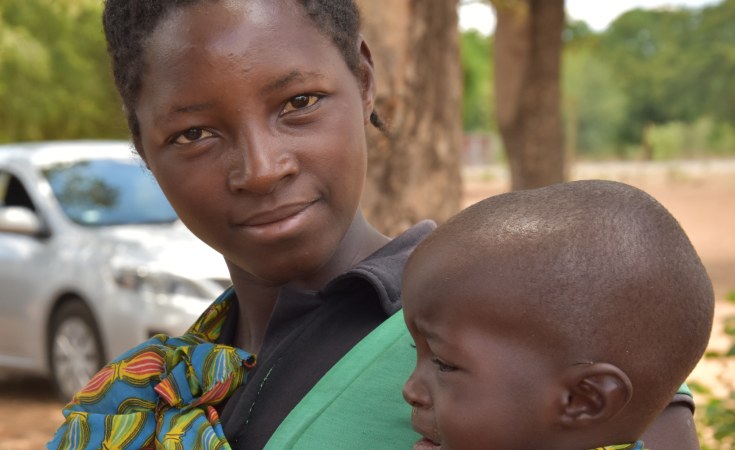 Tami Hultman / AllAfrica
A Namibian mother brought her apprehensive child for malaria testing at a mobile clinic along the border with Angola - part of Namibia's campaign to reach zero malaria by 2020. He tested negative.
allAfrica.com

Katwitwi, Namibia — Namibia was not on the list of six African countries identified by the World Health Organization as having the potential to become malaria-free within the next two years.

Algeria, Botswana, Cape Verde, Comoros, Eswatini (formerly Swaziland) and South Africa were named among 21 'eliminating' countries globally. Of those, only Algeria is judged "on track" to meet the elimination goal, according to the most recent report of E-2020, which follows the progress of the 21 countries "on an ambitious but technically feasible time frame to eliminate malaria by 2020".

Undaunted, the Namibian government - which aims to wipe out poverty as well as malaria - intensified its efforts. Of its total population, some 72 per cent live in areas of active malaria transmission.

Nevertheless, since 2001, Namibia achieved more than a 97 per cent per cent decline in cases.

It's that last two or three per cent that can be most difficult to eliminate, especially for countries like Namibia, which shares a border with Angola, where malaria rates remain high.

So Namibia and its external partners, such as DAPP Namibia and the JC Flowers Foundation, and local partners such as the Anglican Church of Southern Africa, have joined seven other countries to intensify efforts along border areas between low and high-transmission countries.

Between now and the next World Malaria Day, AllAfrica will follow Namibia's initiatives, and those of its neighbors, as they cooperate to wipe out a pest that needs no visas to do its harm.

Zimbabwe Embarks On Intensive Spraying to Curb Malaria
Tagged:
Copyright © 2019 allAfrica.com. All rights reserved. Distributed by AllAfrica Global Media (allAfrica.com). To contact the copyright holder directly for corrections — or for permission to republish or make other authorized use of this material, click here.