Africa: This is How Universal Health Coverage Led to Algeria Being Malaria-Free 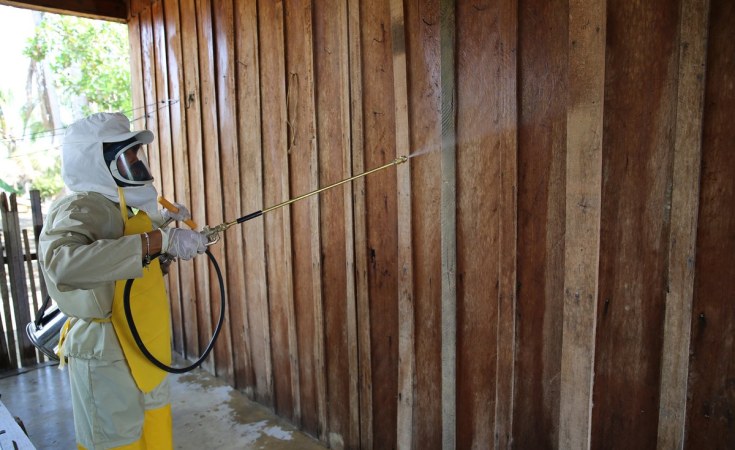 WHO Afro
Indoor residual spraying in Tamanrasset Province: effective vector control is one of the key components of Algeria's elimination success.
allAfrica.com
interview By Nontobeko Mlambo

Johannesburg — Algeria is now the second African country after Mauritius to be officially recognized by the World Health Organisation as malaria-free. The certification is granted when a country proves that it has interrupted indigenous transmission of the disease for at least 3 consecutive years. Morocco was declared malaria-free in 2010 which would have made the country the second African country to be certified malaria-free but it falls within WHO's "Eastern Mediterrean" region. Dr Akpaka Kalu, WHO Malaria Expert, talks about the importance of Universal Health Coverage,funding and great leadership as some of the tools needed for African countries to achieve malaria-free status.

What can other countries where Malaria is a huge problem learn from Algeria?

First of all, I would like to say that for us in Africa the certification of Algeria as a malaria-free country has gives us hope. It gives us hope that all the 47 countries in Africa that are endemic for Malaria will one day be malaria-free. Algeria has shown the way. If you know Algeria you will know that health services are available and free even at the remotest parts of the country. Universal Health Coverage is one strong element of attaining malaria-free status. That is what Algeria has done. Services are available. Secondly, and very importantly, Algeria funds its malaria elimination programmes from domestic resources. The country leadership took charge by providing resources, supporting the workers, and supported by research institutions and universities to work towards a malaria-free Algeria. Our governments in Africa must take charge and lead in making Africa malaria-free.

Algeria is the place where French physician Dr Charles Louis Alphonse Laveran discovered the malaria parasite in Algeria in 1880. Why is it only the second country in Africa - after Mauritius in 1973 - to be declared malaria-free?

When I was growing up in Nigeria, it was just expected that at some point in your life you will have malaria. One of the problems we have regarding malaria is that it is common and we don't regard it as important but yet it kills more than 435,000 people and children every year. The delay in eliminating malaria in Africa has to do with resources and funding. For instance, by 2020 the world needs about $ U.S.6.6 billion a year to fight malaria, in 2017 we got less than half of that amount globally, so the financing for a malaria-free sector is a major handicap. The zeal is there and the vision is there, for an instance in 2016 the African Union adopted the catalytic framework to control and end HIV/Aids, malaria and TB by 2030. The framework adopted an audacious goal of ending HIV/Aids TB and malaria in Africa by 2020, the political will is there but we need the resources. The greatest lesson from Algeria is that the government of the country took over the financing for the malaria elimination effort. Governments have to step forward including the private sector to provide the resources required to make our countries in Africa malaria-free. By the year 2010 in most countries malaria was at the top of the top 10 diseases seen at our patients through consultative forces of governments and global stake holders in many countries malaria is dropping off that top 10 list but if we stop funding and if we stop doing what we are doing malaria will resurge.

The mosquito transmit the disease through it biting human beings, the parasite develops further inside the human being's blood. When it develops further,  it gets to the stage where it begins to make a human being sick, at that stage you begin to have a fever and chills and maybe killed. Each of these areas should be targeted for malaria control. If it was possible to wipe out mosquitoes then maybe there would be no malaria transmission but that is not possible. What we can do is to have a blockade between a mosquito and a human being and that is why we have the nets that is treated with insecticide which kills mosquitoes as soon as they get in contact with the net. The same with the indoor residual spraying, when the mosquito comes in to contact with the chemical on the wall that has been sprayed, it dies. If you are already sick, we have to have the system to test and treat, that is how we are fighting that part of the food chain of malaria. There is also prevention method through indoor residual spraying, prevention through medicine and recently prevention through vaccines. We need an integrated approach to malaria control, deploying various aspects of the tools available towards controlling the disease.

Now that Algeria is Malaria-Free what will the country do to make sure it stays malaria-free?

Just because the country is declared malaria-free it does not mean that now it is time to rest on our borders, it is time to continue the hard work. Being declared malaria-free means that there is no indigenous transmission of malaria in the country, meaning there is no malaria case that originates in Algeria. Algeria will still gets malaria from other countries therefore the country should maintain its health system that is currently able to detect every case of malaria in Algeria and ensure that it is tested and treated and classified as imported or indigenous. That capacity for detecting every case of malaria must be maintained. The health system must detect and treat every suspected case of malaria. The system must also maintain the capacity to be able to interrupt transmission as quickly as possible.

Algeria and Argentina Certified Malaria-Free By WHO 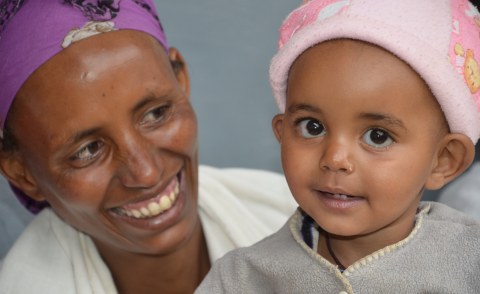 Toxic Fungi Raise Hopes in Fight Against Malaria
Tagged:
Copyright © 2019 allAfrica.com. All rights reserved. Distributed by AllAfrica Global Media (allAfrica.com). To contact the copyright holder directly for corrections — or for permission to republish or make other authorized use of this material, click here.