Africa: Boost for Research into Home-Grown Drugs Designed for Africans

Cape Town — Research scientists aiming to develop medicines and dosages specially designed to suit African patients have received a boost with a donation of more than $1 million to a South African-based research laboratory.

The donation of $1.24 million to the University of Cape Town will finance the appointment of Zambian-born Professor Kelly Chibale to a chair in African-centric Drug Discovery and Development at the university.

A news release from the university said the grant would help to establish an "African Liver Project" at its Drug Discovery and Development Centre, known as H3D, which Chibale founded and directs.

In the scientific language of the university's announcement, the project will "focus on addressing the issue of variability in drug response across African populations, which is mostly driven by genetic differences in the expression and activity of drug-metabolising enzymes."

The implications of the pioneering research are that instead of just shipping drugs in from the West, African health systems could treat African patients with drugs developed taking into account how they are processed in the liver, which can vary depending on genetic differences.

Professor Chibale adds: "In addition to providing useful data for targeted clinical trial design, and eventually for the establishment of better directed drug dosage and dosage intervals, the African Liver Project will also make H3D a unique centre of excellence where scientists from the global north and Africa will work hand in hand to better understand genetic variability in diverse African populations."

The H3D centre is already operating or developing projects on combatting malaria, tuberculosis and infections in hospitals. It is working on discovering new treatments for TB and is testing a drug which has the potential, in a single dose, to cure malaria, to block its transmission and protect people from infection.

The donation was made by a former university graduate, Neville Isdell, who grew up in Zambia, joined Coca-Cola in Zambia 50 years ago and rose to become chairman and chief executive officer of the company.

"I am excited about playing a part in helping to achieve African solutions to public health challenges on the continent and across the world," Isdell told the university news service, UCT News.

"I hope this support will help Professor Chibale to drive and lead innovative research and development of new malaria medicines, as well as new tuberculosis and antimicrobial resistance treatments, and train a new generation of African scientists with key modern pharmaceutical skills required to discover modern medicines."

Professor Chibale says if the centre he runs succeeds, it could generate "a home-grown pharmaceutical research and development  industry that would focus on the unmet medical needs of African populations and create high-skilled jobs for African scientists." 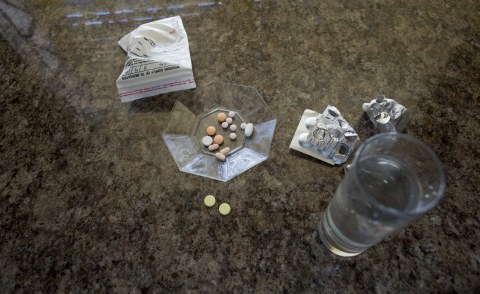 Concern Over High TB Prevalence in Ugandan Prisons
Tagged:
Copyright © 2019 allAfrica.com. All rights reserved. Distributed by AllAfrica Global Media (allAfrica.com). To contact the copyright holder directly for corrections — or for permission to republish or make other authorized use of this material, click here.