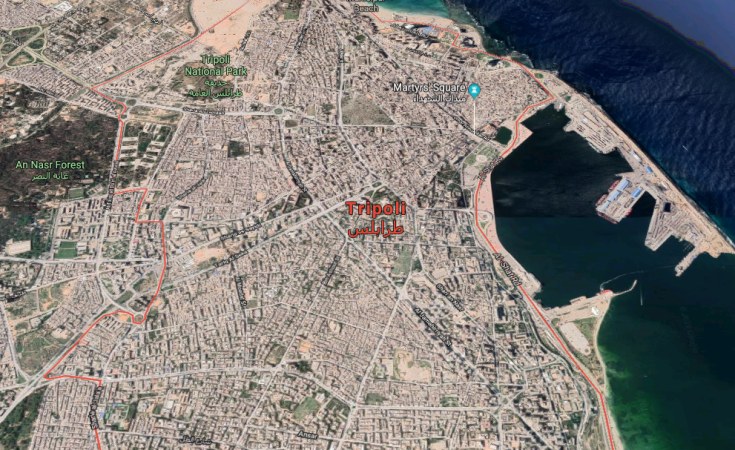 The strike killed at least 40 people, according to health and emergency officials.

Malek Mersek, spokesman for a state emergency medical service, told the TV network that 80 others were wounded in the strike on the detention centre, which is located next to a military camp.

Al Jazeera says that the internationally recognised government based in Tripoli said in a statement that dozens of people had been killed and wounded in an air strike blamed on the "war criminal Khalifa Haftar".

Al Jazeera's Mahmoud Abdel Wahed, reporting from Tripoli, said that the centre housed about 150 migrants from different nationalities, most of them from African countries such as Sudan, Eritrea and Somalia.

On Monday, the eastern-based Libyan National Army (LNA) said it would start heavy air strikes on targets in Tripoli after "traditional means" of war had been exhausted - but the Haftar-led LNA denied it had hit the detention centre.

The UN refugee agency said in a tweet: "UNHCR is extremely concerned about news of air strikes targeting Tajoura detention centre east of Tripoli, and accounts of refugees and migrants deceased. Civilians should never be a target."

Refugees in Detention Centres Need to Be Evacuated Urgently - MSF

Libyan Guards Shot at People Fleeing Air Strikes - UN Report
Tagged:
Copyright © 2019 allAfrica.com. All rights reserved. Distributed by AllAfrica Global Media (allAfrica.com). To contact the copyright holder directly for corrections — or for permission to republish or make other authorized use of this material, click here.

Is South Africa a Haven for Fugitive Genocide Suspects?
Conflict