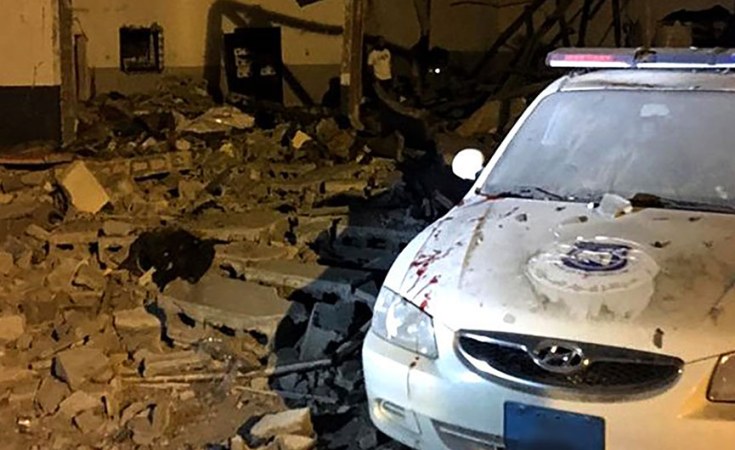 Moad Laswed/IOM
The aftermath of the devastating airstrike on the Tajoura Detention Centre, in the suburbs of the Libyan capital, Tripoli, on 2 July, 2019.
allAfrica.com

Cape Town — Doctors Without Borders (MSF) believes that the deadly attack on the Tajoura detention centre "could easily have been avoided".

The international medical organisation described the deaths as a "horrific tragedy" and said more than 600 women, men and children were trapped in the detention centre at the time of the attack.

"This is not the first time the migrants and refugees have been caught in the crossfire of the conflict in Tripoli with multiple airstrikes on or near detention centres across Tripoli since the conflict started in early April. Just eight weeks ago in Tajoura detention centre shrapnel from the blast tore through the roof of the women’s hanger and nearly hit an infant.

"The reality is today for every person evacuated or resettled this year, more than twice as many have been forcibly returned to Libya by the EU supported Libyan Coastguard.

"What is needed now is not empty condemnation but the urgent and immediate evacuation of all refugees and migrants held in detentions centres out of Libya. Today, inaction and complacency has needlessly cost the lives of more vulnerable refugees and migrants,” Prince Alfani, Medical Coordinator for MSF Libya said.

Libyan Guards Shot at People Fleeing Air Strikes - UN Report
Tagged:
Copyright © 2019 allAfrica.com. All rights reserved. Distributed by AllAfrica Global Media (allAfrica.com). To contact the copyright holder directly for corrections — or for permission to republish or make other authorized use of this material, click here.