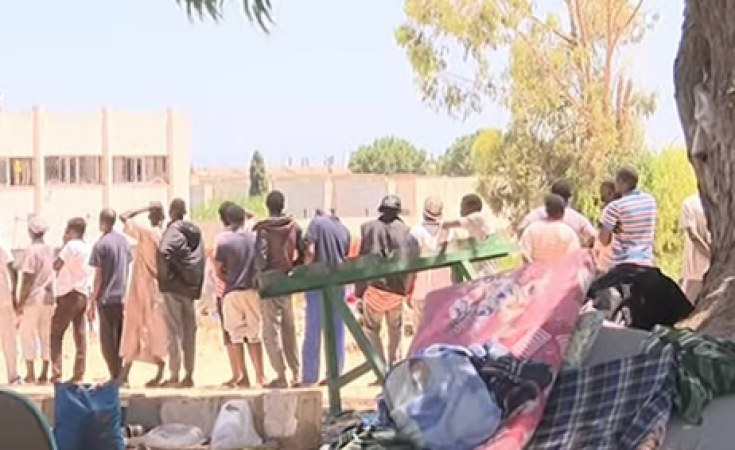 Al Jazeera English/YouTube
The scene near the detention centre in Tripoli.
allAfrica.com

Cape Town — The United Nations said on Thursday that it had information that Libyan guards shot at refugees and migrants trying to flee from air strikes that killed at least 53 people, including six children, in a migrant detention centre in Tripoli.

Reuters is quoting a report from the U.N. Office for Coordination of Humanitarian Affairs (OCHA) that said there were two air strikes late on Tuesday, one hitting an unoccupied garage and one hitting a hangar containing around 120 refugees and migrants.

"There are reports that following the first impact, some refugees and migrants were fired upon by guards as they tried to escape,” the OCHA report said.

The Tripoli-based interior ministry denied this categorically in a statement, Reuters reports.

Security guards at the bombed-out facility interviewed by Al Jazeera denied the accusations on Thursday.

Reuters is quoting Interior Minister Fathi Ali Bashagha as saying that the Tripoli government is considering closing all detention centres for migrants and releasing the inmates. Thousands are held alone in centers in Tripoli, the capital.

Libya is one of the main departure points for African migrants fleeing poverty and war who want to reach Italy by boat, but many are intercepted at sea and brought back by the Libyan coast guard.

Anger Over Bombing of Detained Refugees in Libya