Africa: How My Life of Violence Led to Peacebuilding - Achaleke 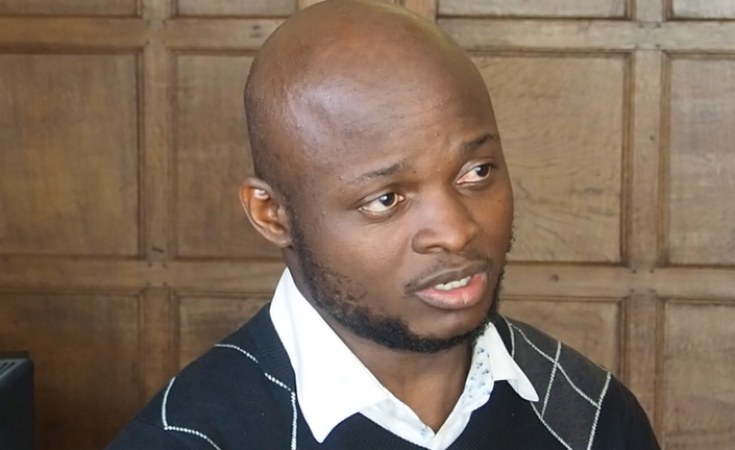 AllAfrica speaks with Commonwealth Youth Peace Ambassadors Network-Africa Coordinator, Christan Achaleke, from Cameroon. Achaleke is a youth civil society activist and peace advocate with more than a decade of experience. He has worked with over one million young people championing youth action for peace and preventing and countering violent extremism.

My name is Christan Achaleke, I am from the Republic of Cameroon. I serve at a Pan Commonwealth Coordinator of the Commonwealth Youth Peace Ambassadors Network which is a network of over 1000 youth-led organisations working for peace in the Commonwealth. Nationally, I serve as the National Coordinator of Local Youth Corner Cameroon which is a youth-led peacebuilding and counter-extremism organisation which I have been working for the past 11 years.

Our work focuses on how to engage young people in the peacebuilding process and personally working in the space of peacebuilding is from my life story, growing up in violence and in a community where crime and gang violence was the order of the day and I grew up in it and it was a lifestyle.

At one point in time someone told me "you could become different, you could use these ideas you have, the leadership skills you have in relating the situation where you find yourself to be positive". And that is when I started volunteering and living from the space of violence to use my experience to design programs and working with the youth to prevent them from being violent, which has been my role in Cameroon. And being able to share this experience with also vulnerable young people, designing capacity-building program and networking program, designing sensitizing program and most especially, we engaged in working with the young people who have previously been involved violence of all sorts, including violent extremism where we were in prison.

We have a program that we call the prison entrepreneurship and the whole idea is to build entrepreneurs from young people who have a history of violence specifically in prison because somebody gave me an opportunity to be different and that is what I am today. My belief was that we could engage these young people in prisons with leadership programs and vacationers training and other training to be able to give them an alternative.

And today I am proud that these young people in prisons are able to produce different products like salt and their products are being hailed and loved and bought by people out of prison, in prison and outside the country. And we have examples of those who left prison and are out of prison and did not go back to violence.

A case of this was a young person we trained on greenhouse farming. Upon exiting prison he called us and told us he thinks he's a target for radicalisation by Militia group in the English-speaking regions. We have an incubator programs where upon leaving prison, we work with you for six more months and we help you set up.

Currently this young man who left prison has gone back to prison to train his peers on how to become a greenhouse engineer. He came with a business card for the first time in his life and he calls himself a greenhouse engineer so he visited prison and three times a week to train his peers and give them hope that it is possible to grow up in a life of violence but to become someone different when you have an alternative or an opportunity.

This brings me back to my advocacy that young people commit crimes of violence not just because of the faults of their own but sometimes because our governments fail to respect their own public and social contract and even our family. So if you want to build young people let's give young people safe spaces, opportunities and platforms to engage with their peers and trust me they'll be better than what they are today.

allAfrica.com's reporting on peacebuilding is supported by a grant from Carnegie Corporation of New York.

Switzerland to Mediate Cameroon Peace Talks
Tagged:
Copyright © 2019 allAfrica.com. All rights reserved. Distributed by AllAfrica Global Media (allAfrica.com). To contact the copyright holder directly for corrections — or for permission to republish or make other authorized use of this material, click here.