South Africa: Another Loss for Mkhwebane as Court Rules in Favour of Ramaphosa 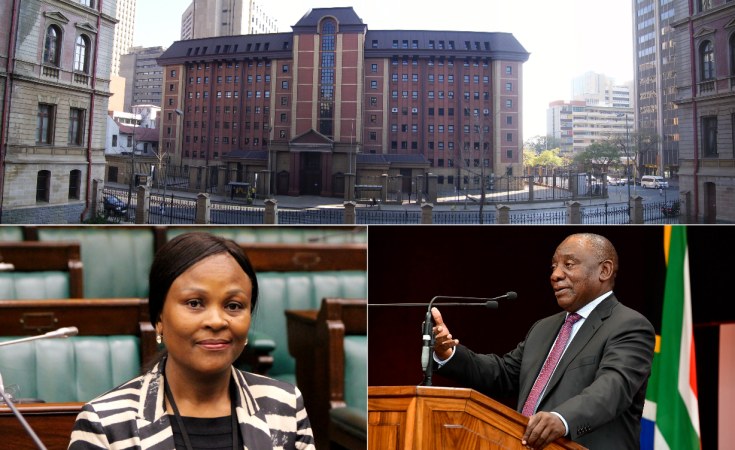 Advocate Dali Mpofu, who represented Mkhwebane, told the court that President Ramaphosa was being used as a proxy for Public Enterprises Minister Pravin Gordhan in applying to stay the disciplinary action recommended by Mkhwebane.

While delivering her judgment, Judge Molopa-Sethosa noted that Ramaphosa's decision to wait for Gordhan's review application before taking disciplinary action against Minister Gordhan was rational. Alfred Mhlanga, head of legal at the office of the Public Protector, spoke to the media after the ruling was handed down and said the judgment would be considered and be given a close reading.

Mbuyiseni Ndlozi, spokesperson for the EFF, voiced concern that Mkhwebane's jurisdiction was being lessened by the ruling and that it was becoming easier for remedial actions recommended by the Public Protector to be suspended. Ndlozi added that the EFF would take a previous ruling by Judge Sulet Potterill, who described Mkhwebane's recommended remedial action as  "vague, contradictory and nonsensical", to the Constitutional Court. Ndlozi believes a favourable outcome in that regard would render Thursday's ruling moot.

This marks the latest setback in a series of legal troubles for Mkhwebane who also faces an investigation from the Hawks police unit after a complaint was laid by anti-corruption pressure group Accountability Now.

Ramaphosa vs Mkhwebane - Bad Moon Rising for the Public Protector? 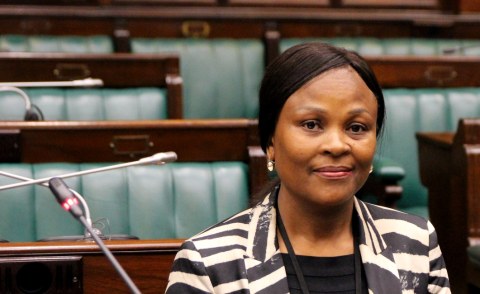 Setback for South African Public Protector
Tagged:
Copyright © 2019 allAfrica.com. All rights reserved. Distributed by AllAfrica Global Media (allAfrica.com). To contact the copyright holder directly for corrections — or for permission to republish or make other authorized use of this material, click here.