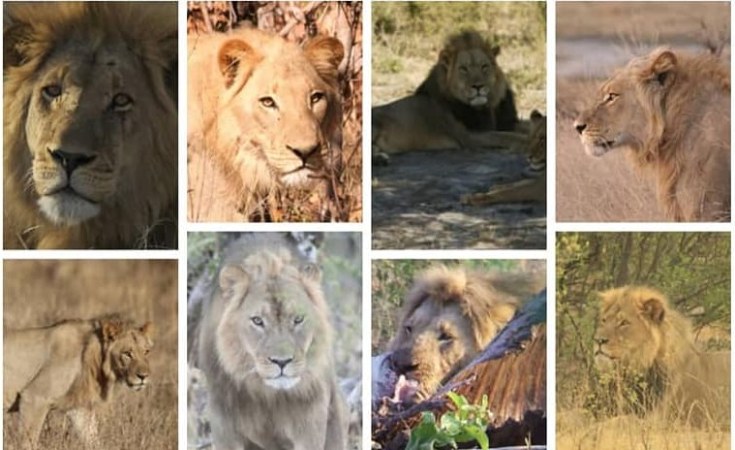 Captured in Africa Foundation
Some of the lions that have been killed by trophy hunters in the region over the last 10 years.
allAfrica.com
By Jerry Chifamba

Cape Town — A male lion, that was popular with photographers, has been shot by trophy hunters on the outskirts of Hwange National Park in Zimbabwe, Captured in Africa Foundation announced on their Facebook page.

According to the post, Seduli, a lion who frequented photographic lodges in and around the national park was killed by hunters on World Lion Day.

The foundation says they had regularly published posts about Seduli and another male lion, Mopani, who had been photographed together by many international safari visitors over the past few years.

"Despite our previous attempts as a community online to prevent these two males from being hunted, Seduli has unnecessarily lost his life at the hands of hunters and Mopani now roams the wilds without his companion," the post read.

In the heartbreaking Facebook post, a photograph of Seduli was included, along with a collage of other lions that have been killed by trophy hunters in the region over the last 10 years.

According to their website, Captured in Africa was founded by Drew Abrahamson "out of a pure love and passion for the African bush and a particular love for big cats".

This is not the first time a well-known lion has been killed at the Hwange National Park, the largest natural reserve in Zimbabwe.

In 2015, Cecil the lion was killed by Walter Palmer, sparking an international outcry and greater scrutiny of trophy hunting for the heads, skins, or other body parts of wild animals.

Lions have declined precipitously in the wild, down from an estimated 200,000 continent-wide a century ago to just over 20,000 today.

Released on August 3, a report entitled "State of the Lion: Fragility of a Flagship Species" by Amy Dickman and Amy Hinks from the Wildlife Conservation Research Unit at the University of Oxford, suggests that wild lions have vanished from 95 percent of their historic range. According to the study, there are only 22,509 wild lions left in Africa.

Trophy hunting advocates and some conservationists argue that fees from hunts support conservation efforts for the big cats, whose main threats are habitat loss, prey depletion, and greater conflict with humans, says the National Geographic.